Accommodation for nurses: old and new 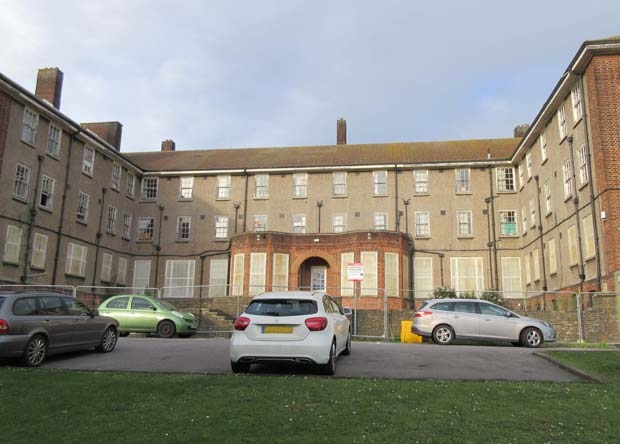 Barnet Hospital’s former nurses’ home is currently protected by scaffolding and barriers due to its dilapidated state
Barnet Hospital’s first nurses’ home, now used for offices, is celebrating the 90th anniversary of its opening – just as work is underway to provide new accommodation for key nursing staff.

The original nurses’ home – built for what was then known as the Wellhouse Hospital – is situated in Bells Hill, and the opening ceremony on 14 March 1929 was performed by the Marchioness of Salisbury.

After several decades without a nurses’ home, Barnet Hospital will soon be able, once again, to offer accommodation for its key nursing staff.

Work is underway to convert a former Barnet College building at the corner of Fitzjohn Avenue and the High Street.

Graseby House, which was opened in 1995 to provide student accommodation and a teaching area and spa for students on beauty and therapy courses, is being adapted to provide nursing staff accommodation on the first, second and third floors. 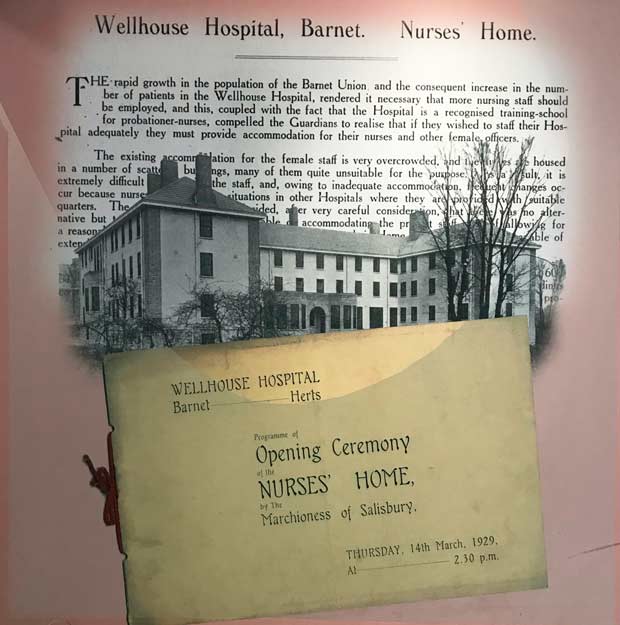 On the ground floor there will be NHS offices and a walk-in advice hub supported by the Royal Free charity.

The former Bells Hill nurses’ home, now in a poor state of repair and surrounded by protective scaffolding, is currently being used as offices by several NHS directorates.

Barnet Hospital has had an on/off policy when it comes to providing accommodation for its nursing staff and other key workers.

Blocks of new flats for the nurses were built opposite the Arkley public house but after lying derelict for many years were recently demolished to make way for the new Elmbank estate built by Linden Homes.

Another former nurses’ home, for staff at the former Victoria Maternity Hospital, is about to be demolished to make way for a new care home on the Marie Foster site in Wood Street.

The opening of the Bells Hill nurses’ home in 1929 followed the redevelopment of the Barnet Union Workhouse which was renamed the Wellhouse Hospital in 1920.

Wellhouse Hospital had become a recognised training school for probationer nurses and the Barnet Guardians realised that if they were to have adequate staff “they must provide accommodation for their nurses and other female officers”.

Wellhouse Hospital was renamed Barnet General Hospital in 1950 and is now part of the Royal Free NHS Foundation Trust.

Some of the windows and doors of the former nurses’ home are boarded up for safety reasons and the only clue to its current use is a notice stating that it is Thames House and is used as offices for the post-graduate medical centre annex, the surgical and medical directorates and the women’s and children’s directorates.

In response to questions about the poor state of repair of the former nurses’ home, the Royal Free Foundation Trust said that it was “considering options” for its long-term future

More in this category: « Anti-litter spring clean-up Coats of arms the length of Barnet High Street »