Why no upper deck for Barnet Hospital car park? 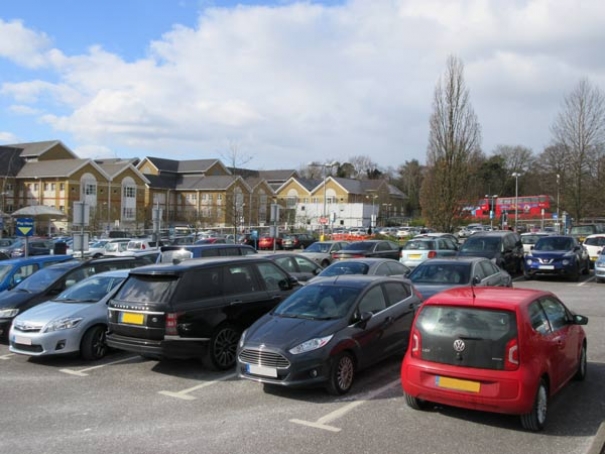 Barrnet Hospital Car Park
Forcing Barnet Hospital to build an upper deck over its car park is one option that should be considered by Barnet Council in an attempt to relieve excessive parking in nearby roads.

This possibility was raised at the Barnet Society’s open forum (22.2.2017) when candidates in the May council elections were asked to respond to demands for a further extension to the controlled parking zone in roads around the hospital.

A speeded-up consultation for another possible CPZ extension has now been promised to residents in Kings Road, Cavendish Road, Grimsdyke Crescent and Jennings Way.

Councillor David Longstaff (Conservative) told the meeting that he hopes the council will investigate to see whether there is a legal responsibility on the hospital to tackle inadequate parking for patients, visitors and staff.

He said these problems have resulted from the expansion of the hospital and its failure to think through the consequences of concentrating accident and emergency and other services at Barnet.

“The question is can Barnet Council force the hospital to build an upper floor over its car park. A second story could easily be constructed on top of the existing car parks and it is possible to erect such a structure in a green and environmentally-friendly way.” 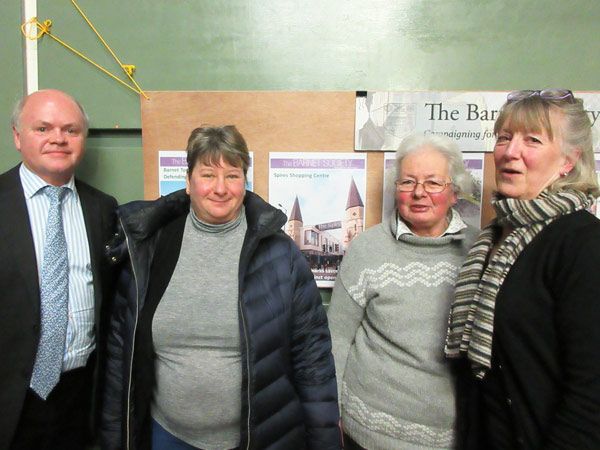 Confirmation of this extension prompted residents in Kings Road and Grimsdyke Crescent to organise a petition asking for the CPZ to be extended to their group of streets. They claim 85 per cent of those canvassed are in favour.

They feared their streets would be the next to be blocked by parked vehicles as patients, visitors and staff widened their search for a space.

Councillor Longstaff said that when it came to the introduction of controlled parking zones the council was always led by the wishes of local residents.

There was insufficient support for a CPZ when roads around Kings Road and Grimsdyke Crescent were first consulted, but he understood residents’ anger and their fear that their lives would now be made impossible by excessive hospital parking.

A rapid three-week consultation would now be undertaken, and if a majority of residents in these additional roads were in favour, then it should be possible to include them in the CPZ extension that had already been agreed.

Councillor Paul Edwards (Labour) told the meeting there had been ongoing discussions about the need for the hospital to provide sufficient parking spaces for its staff.

But he agreed that the council could not ignore the complaints of residents who found their drives were continually being blocked by parked cars, which explained why there had now been three consultations over extending the Barnet Hospital CPZ.

Residents in three roads off Bells Hill who are within the agreed extension to the CPZ say Barnet Hospital already has spare land that could easily be used to provide additional parking spaces. 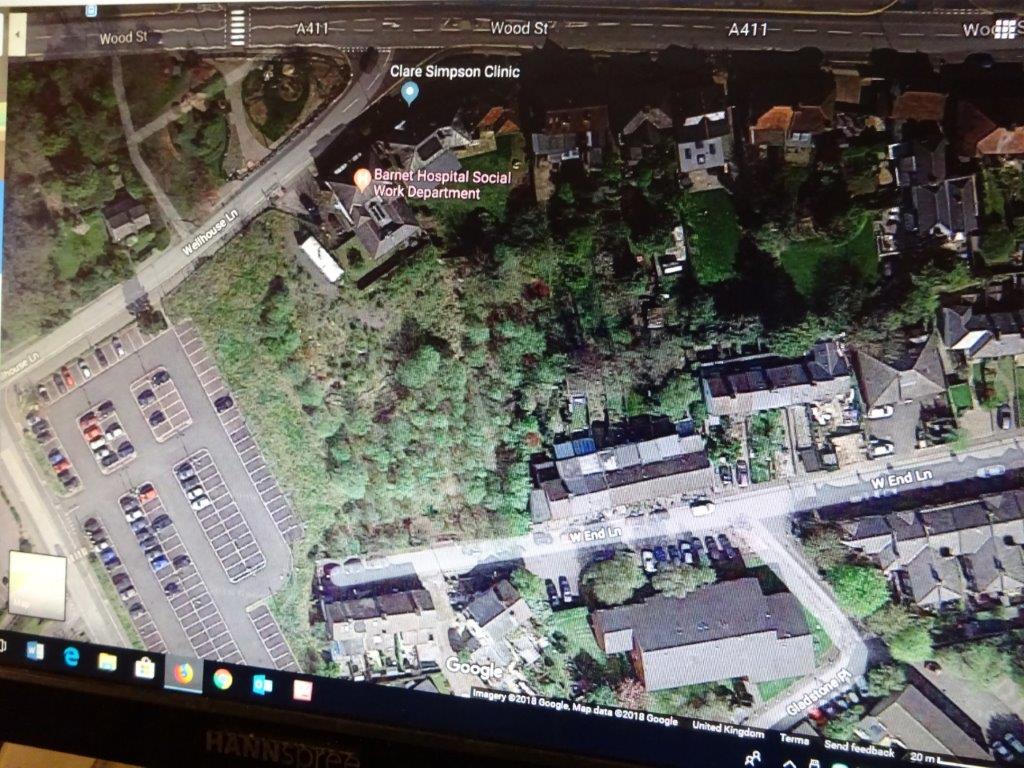 A Google satellite image indicates the area of vacant land between Wellhouse Lane and West End Lane, next to the existing overflow staff car park.

Extra staff parking places were provided when the Chase Farm Hospital accident and emergency department and maternity unit were transferred to Barnet.

Residents in Lexington Way, Lingholm Way and Sutton Crescent have written repeatedly to the hospital suggesting the construction of a multi-storey car park, but are awaiting a reply.