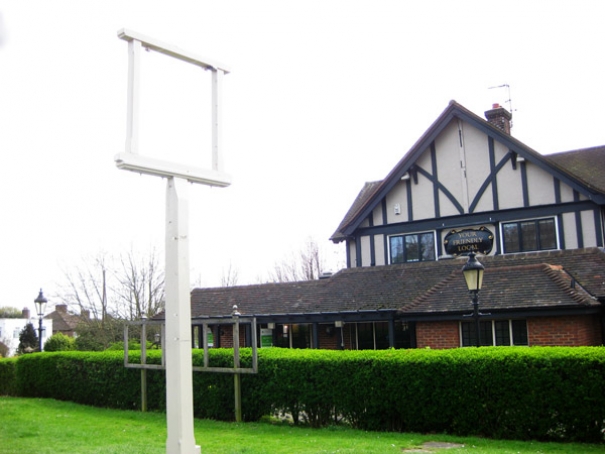 The Old Red Lion now closed
Barnet Council has been accused by supporters of the Campaign for Real Ale of acting in an underhand way in rejecting an application to grant community asset protection to the now closed Old Red Lion public house at the bottom of Barnet Hill.

Former customers intend if possible to mount an appeal against the decision, made by the council’s community leadership committee (14.4.2015) without either CAMRA or local people having a chance to put their case.

CAMRA’s Enfield and Barnet branch has been told that the application failed because the pub had already been sold to a developer by the Hertford brewers McMullen and Sons Ltd and therefore, although it had once been a community asset, it no longer was.

Simon Smith, a former regular and quiz night organiser at the Old Red Lion, said he was informed by the council that because he was three hours late in submitting his statement in support of CAMRA’s community asset application, he was not allowed to speak at the committee’s meeting.

He thought the council’s conduct was highly irregular. There was no notice on the pub to alert the community that the application was being heard or to allow them a chance to back CAMRA’s attempt to persuade the council to keep the building as a venue for local events. 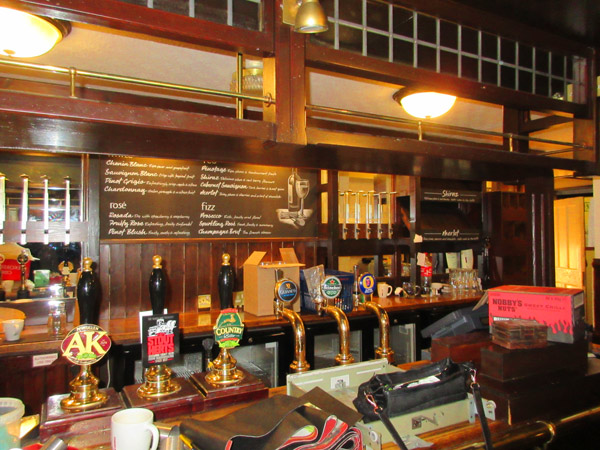 “I think it is unethical that this council committee meeting took place without local residents and pub regulars knowing about it, and we have asked to examine the minutes of the meeting to see whether we have grounds to appeal.”

The Old Red Lion was one of the oldest pubs in High Barnet until it closed at the end of February. Peter Furness-Smith, McMullen’s managing director, told the Barnet Society that it had been sold “unconditionally for redevelopment” for an undisclosed sum.

The proceeds would be used to fund the refurbishment of the company’s other pubs.

Losing the Old Red Lion, which had been serving McMullen beers since 1890, has been regarded as terrible blow to the community spirit of Underhill, and its closure follows the departure of Barnet Football Club, which played its last game at the Underhill stadium in April 2013, following its move to the Hive stadium in Camrose Avenue, Edgware.

So far no planning application has been registered with Barnet Council and there has been no word on either the identity of the developers or whether they plan to demolish the pub for new housing, convert it into apartments or redevelop the property for another use.

He thought the council’s conduct was highly irregular.

Mr Smith acknowledged there would be financial implications for the council if the developers were to challenge a move to protect the former pub by giving it community asset protection.

But he believed the local community would rally round, and he for one was prepared to organise fund-raising events to contribute to its future financial viability.

Former customers rejected the grounds on which McMullen had closed the pub. It had been there for over 100 years and was an integral part of the local community.

“McMullen could have made much more of the community hub aspect of the pub and promoted it for local events. It has an excellent location and many successful restaurants and pubs open in the area all the time,” said Mr Smith.

“Regulars are upset at the loss of their meeting place. All lived close by and found real comfort and camaraderie in the Old Red Lion and always received a warm welcome from the staff.”

More in this category: « A legacy for Chipping Barnet New finds may throw light on Barnet’s history »