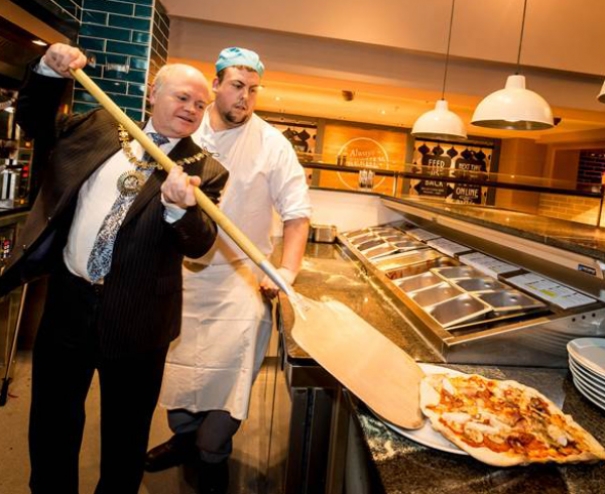 Mayor of Barnet, David Longstaff, tries his hands at making Pizzas with the Red Lion’s Matt Baker
Mitchells and Butlers say they have created ten new jobs following the conversion of the Red Lion public house into a Stonehouse pizza and carvery.

Jack Howitt, the general manager, said he wanted the Red Lion to become a real part of the local community.

“We are looking to support local charities, projects and host a variety of events and activities.

It was great to have the Mayor of Barnet officiate, and then try our new restaurant.

The Red Lion was formerly a Toby Carvery and the new restaurant will be ready to serve guests from breakfast to dinner.