Will jobs go for flats? 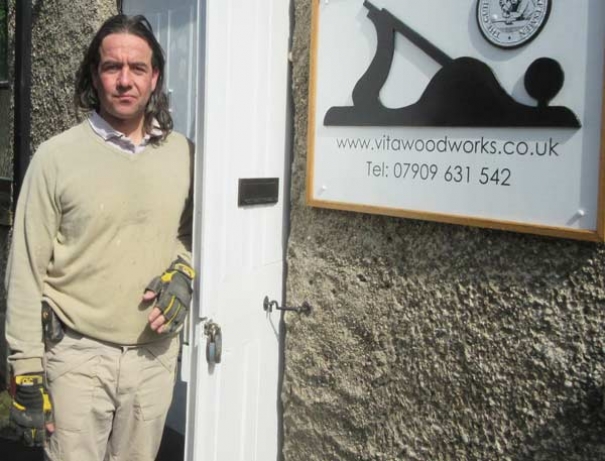 Paola Sachia opened his carpentry and joinery workshop at Meadow Works six years ago
Up to forty jobs might be lost if planning permission is approved for the construction of two blocks of flats on the site of car repair workshops and other light-industrial premises at Meadow Works, midway between High Barnet and Whetstone.

Meadow Works is tucked away, just off the A1000, behind a row of commercial premises opposite Greenhill Gardens, a few hundred yards south of the Everyman cinema.

One of the local landmarks that would disappear in the redevelopment is the Hole in the Wall café, which has been trading there for the last 83 years, and which is a well-known pit stop for lorry drivers and motorists heading out of London. 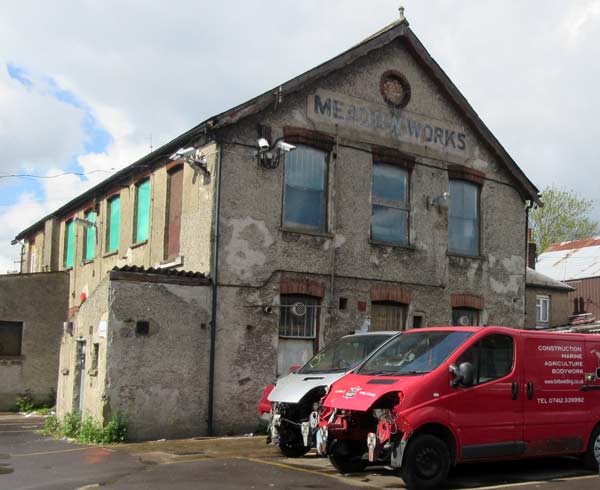 When told that an application had been submitted to Barnet Council to demolish all the existing premises on the 1.2-acre site and replace them with two blocks containing a total of 78 self-contained flats, several tenants of the 25 units on the site said they had been fearing the worst.

As well as car repairers, the Meadow Works complex houses a variety of other workshops occupied by numerous trades including carpenters and joiners, stair manufacturers, piano restorer, tailor and builder’s merchant.

The likely loss of another group of light-industrial workshops reflects the demand from developers seeking to purchase sites for new houses and flats in and around High Barnet.

Over 30 workers lost their jobs last year when 16 small businesses were displaced at Brake Shear House, behind Barnet High Street, after planning approval was given for the construction of 32 flats and eight town houses.

The Barnet Society, Love Barnet and the Barnet Town Team have all urged Barnet Council to do more to limit the loss of light-industrial jobs and to provide replacement workspace and premises for start-up businesses.

One of the car repairers on the Meadow Works site, T&C Reflections, said all the tenants were in the same boat and would find it hard to secure alternative premises.

“There are about forty of us working in the various businesses here and we will all have nowhere to go. There just aren’t any workshops left like this around High Barnet, they’ll all being pulled down to make way for houses and flats.”

At the Hole in the Wall there seemed an air of resignation. The staff said there had been attempts in the past to develop the site, but they feared this might finally force the closure of what is probably Barnet’s oldest transport café. 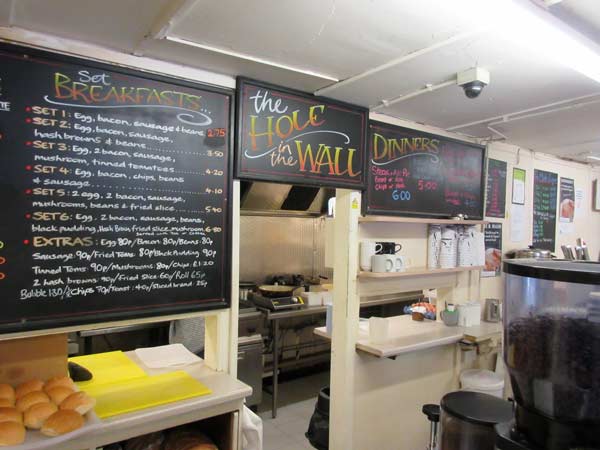 Another tenant for the last six years is Paola Schia, who runs a carpentry and joinery business Vita Woodworks.

His workshop is inside the original Meadow Works building, which was erected in 1914.

“We have all been wondering what was afoot, but no one has told us anything about the planning application.

We all have short-term leases of about a month, so we haven’t got much choice. We’ll have to find somewhere to go if this plan is approved.”

The application seeks planning approval to redevelop the site to provide 78 self-contained flats, comprising 55 two-bed flats, and 23 one-bedroom flats, with a three to six storey block and a separate three storey block at the rear of the site.

The plan includes provision for 78 parking spaces and 142 cycle spaces at basement and ground floor level.

A report accompanying the application by planning consultants Jones Lang Lasalle says the Meadow Works site houses a collection of dilapidated industrial buildings and other light-weight units, including two catering establishments, and various units housing a variety of car repair, carpentry and manufacturing tenants plus other small businesses such as warehousing and a builder’s merchant.

The case for approving residential use was strengthened by the poor condition of the buildings, a constrained site, and the fact that some of the building were in such a poor state they would fail to meet permitted standards for leasing after 2018.

Redevelopment of the site for commercial or industrial purposes was “not financially feasible”.

An application to build nine town houses on the site while retaining mixed employment use was approved in 2008.

A plan to construct 93 flats in four to six storey blocks was rejected in 2005 because the proposed buildings were considered “overly dominant” and because of the lack of an undertaking to meet the extra educational demand.

More in this category: « Housing proposed for Whalebones Blot on landscape lives on »