Campaigning to save traditional public houses 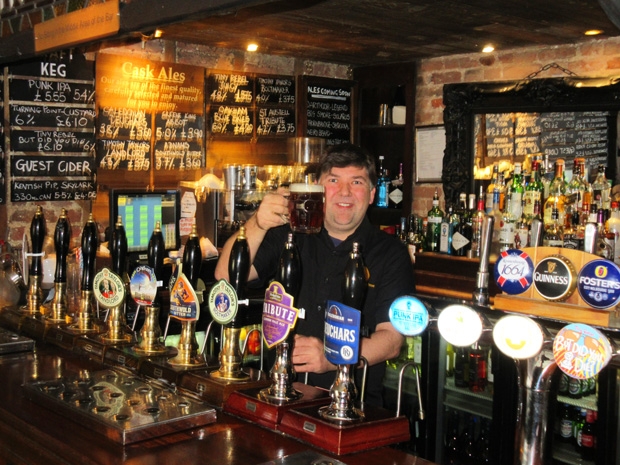 Gary Murphy, landlord of The Mitre, promoting his array of ales and craft beers
Gary Murphy, landlord at one of High Barnet’s highly-rated real ale pubs, the Mitre, is preparing for the next round of an ongoing campaign to force the pub owners to give publicans of tied houses a fairer deal on rents and the price and choice of beers.

Since taking on what was then a loss-making pub ten years ago, Mr Murphy has won many concessions from his pub company and has made a success of the Mitre.

He believes he can now try help 15,000 tied publicans across the country who are struggling financially because of exorbitant rents and additional beer charges.

Already Mr Murphy has raised pledges totalling £11,000 in a national crowd-funding appeal to fight exploitation by the pub companies.  He is now ready, if necessary, to take the Pubs Code Adjudicator to court.

The issue at stake is the way the pub companies are interpreting the 2016 Pubs Code that was introduced in Parliament to allow landlords and landladies the chance to break free of the beer tie – a safeguard that Mr Murphy believes the Pubs Code Adjudicator should be doing much more to enforce.

“The crowdfunding appeal is not directed at my customers as they support us enough by coming to the Mitre – this is a national fundraiser to try to deliver fairness for all publicans.

“I have become involved because I experienced first-hand how the pub companies and the Adjudicator are making it so difficult for landlords and landladies to go free of tie. 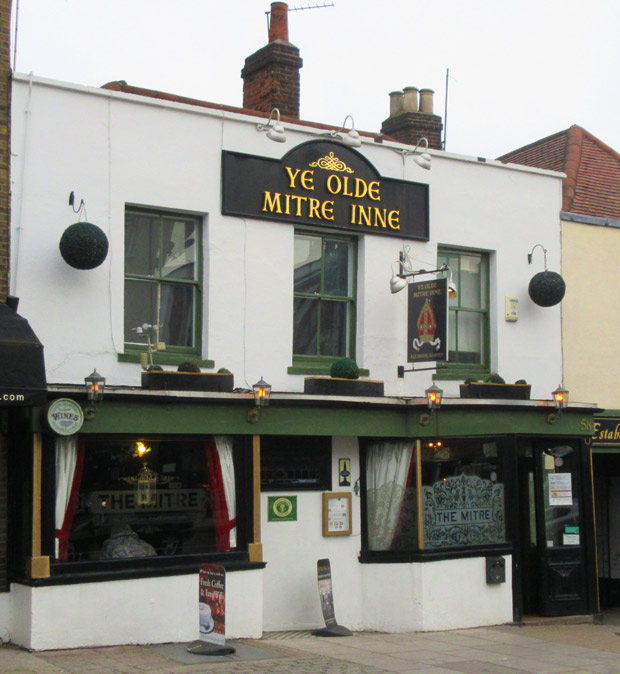 “Whilst the rent remains very high on the Mitre, we have negotiated lots of freedoms on beers and we remain a popular community destination.

“It is critical that all individual landlords and landladies obtain a fair deal from their pub companies so they can run their pubs with originality and with the local community in mind, they can preserve the original features of historic pubs like the Mitre and offer their customers a wide choice of products from large and small brewers”.

Mr Murphy can undoubtedly speak for fellow publicans with some authority: the Mitre has 18 draught products on the bar, including eight traditional real ales and three modern craft beers, and 70 per cent of the pub’s sales are for beer, a far higher ratio than for most licensed premises.

As passers-by in the High Street will readily acknowledge, the Mitre has regular beer deliveries – in fact it sells 700 brewers’ barrels a year, compared with an average for 200-300 barrels for the typical pub.

The Mitre’s success is also a result of Mr Murphy’s tenacity. When he took it on after 21 years in the civil service the pub was losing money.  He has worked hard to build the pub up and negotiate better terms on his lease, first with Punch Taverns and more recently with the current freeholders, Greene King.

“At one point the pub company was charging me three times what I would consider to be a fair rent, including a significant cost for beer – for example, beer I could get on the open market for £100 was costing me £175.

“I am very lucky. I have negotiated better terms and I do have a lease until 2027 and the option to renew for another 20 years, but most tied landlords and landladies have a far worse deal which is why so many of them are going out of business.

At one point the pub company was charging me three times what I would consider to be a fair rent, including a significant cost for beer ...

“Since I took over the Mitre in 2008, we’ve lost a few local pubs. The Alexandra, the White Lion, the Old Red Lion, and before that the Albion in Union Street and the Crown and Anchor.

“I know how tough it is for pub landlords in Barnet and elsewhere. Most of them are tied houses on short-term leases and they too are being forced to buy from brewers at sometimes double the price they could pay on the open market.

“What so annoyed me in my fight for better terms for the Mitre, was that since 2016 landlords and landladies have just met obfuscation from the pub companies, they frustrate the Pubs Code and the Pubs Code Adjudicator is not doing enough to resolve it.

“If the Adjudicator won’t act on our behalf, then the landlords and lawyers who back this campaign are prepared to look at an individual or class action and go to court.

“We’ve asked for support from our MP, Theresa Villiers, and she has taken this up with the pubs minister, Kelly Tolhurst.

“We have to protect the culture of social drinking. Pubs like the Mitre provide a community space and there is no way that this should be jeopardised for higher and higher profits for the pub companies.”

More in this category: « Barnet Band celebrates its transformation from brass to wind Full house at Barnet homeless night shelter »