Leading the way in housing for older women 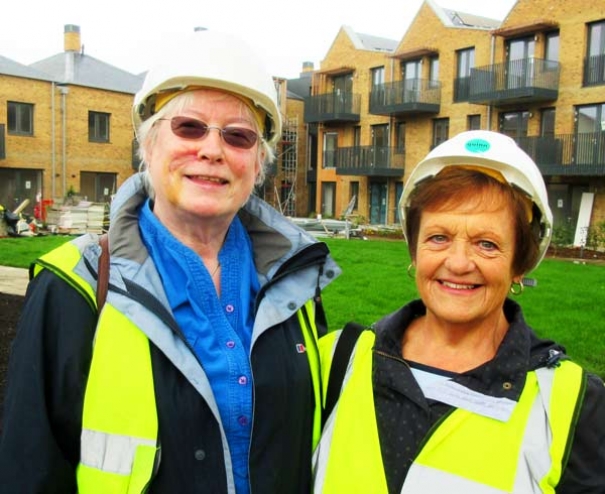 Maria Brenton, consultant to the Union Street co-housing project, with new resident Janet Wood.
When a group of 26 women move into their new homes in Union Street, Barnet, at the end of November they will be making a small, but truly historic contribution towards alleviating the country’s chronic housing shortage.

Most of the women involved in what is the UK’s first purpose-built co-housing project for seniors, are downsizing, and releasing larger properties that will become available to other prospective owners and tenants.

New Ground, as the new complex is to be known, is of ground-breaking importance in providing homes for older women, and the consultant behind the project hopes the Barnet development will be repeated across Britain.

“It has taken 18 years to get a scheme like this off the ground in the UK, and it is a real breakthrough in helping older women live together in a community and support each other,” said Maria Brenton.

It has taken 18 years to get a scheme like this off the ground in the UK, and it is a real breakthrough in helping older women live together in a community and support each other

“In Holland there are well over 300 developments like this and some have been going for 30 years. Already the success of the Barnet project is creating renewed interest across the country.”

Angela Ratcliffe, convenor of what is official known as OWCH – Older Women’s Co-Housing of Barnet – says the 26 women can’t wait to move in.

“What we are demonstrating is that older women aren’t helpless and have to be looked after. Our plan is to remain independent and support each other for as long as possible.”

Of the 26 flats in the Union Street complex, all but eight are owner-occupied. “We were determined to have some of the homes in the development available for social housing as well as owner occupation, and we think the balance of eight flats for rent is the ideal combination.”

Ms Radcliffe said that when she moves into her two-bedroom flat she will be downsizing from a three-bedroom house at Hadley Highstone. Another new resident, Janet Wood, is moving into a one-bedroom flat from a two-bedroom council flat in Woodhouse Road, North Finchley. 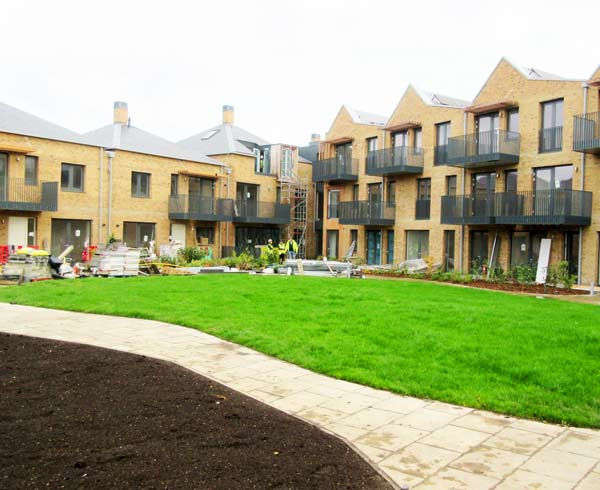 “Janet and myself are both making a contribution to the housing shortage, releasing larger properties on to the market and to rent, and that’s why it is so important to encourage schemes like this.”

Time has taken its toll on the original members of OWCH, which was formed in 1998, and only one founder member of the group, Shirley Meredeen, is still alive.

Ms Brenton said that why the Barnet project is unique – and one reason why it had taken so long – was because it did provide a mix of owner occupation and social housing.

“A mix of tenure is so important because it helps bring older women together.”

Her role in advising OWCH sprang from research she did in Holland in the 1990s for the Housing Corporation and the Rowntree Foundation.

“If older women can have the company of one another in co-housing projects like this, it does release badly needed larger homes.

“I know of 12 other groups of women who are trying to get co-housing schemes off the ground, and I get weekly requests to talk to seniors. Developments like this are badly needed given our ageing population.”

Ms Ratcliffe says that once the residents have moved into their flats and settled in, she hopes they can arrange an open day for nearby residents in Union Street.

“We do understand that all the building work of recent months has been a pain for those who live nearby, and we hope that once the locals can see inside the development, walk in the garden and see our community room and kitchen, they will appreciate the value of what we have achieved.”