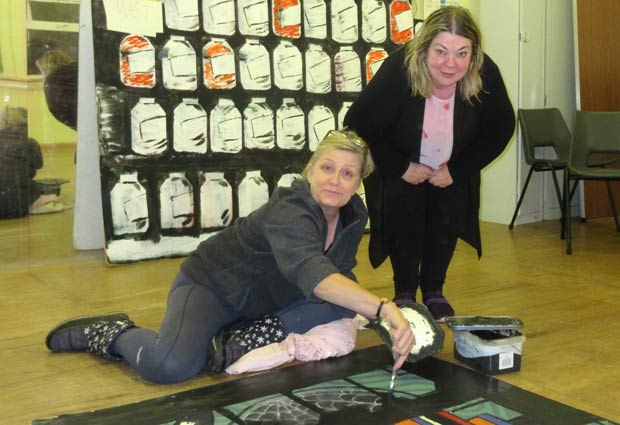 Councillor David Longstaff, actor, High Barnet councillor and former Mayor of Barnet, will be taking on the part of the dame.

Dick Whittington will be performed by another Barnet actor, David Wood, who will be helping to promote the pantomime together with other cast members at Barnet Christmas Fayre on Sunday 2 December.

In fact, he will have a leading role – as “Councillor Richard Whittington, Lord Mayor of London” – and will be opening the fayre in Barnet High Street at 12noon. 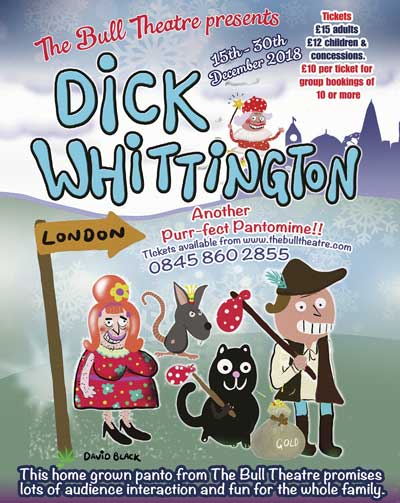 Other leading parts in the pantomime have gone to Miriam Nyarko, who has just completed filming for a series on CBBC and will be Dick Whittington’s cat, and Beverley Cramb, who will be Alice. Both are former pupils of the theatre school.

Miranda Colemans, of the Hampstead Garden Suburb Theatre Group, will be Queen Rat and Cathy McManamon the fairy.   The production is directed by Simon Rawlings who has spent many years producing local pantomimes.

Dick Whittington opens at the Bull on Saturday 15 December, with performances at 12 noon and 3.30pm, and runs until Sunday 30 December.  Suzi Earnshaw is appealing for stewards to help with the Christmas Fayre and for ushers and ice cream sellers to help with the pantomime.

“We are hoping Dick Whittington will be a real financial success because we need new seating for the Bull Theatre and work on our heating and air conditioning, which are both on their last legs.”

Local artists have been giving their support: David Black provided the artwork for the pantomime poster and flyer and Nichola Hunt, chair of the Barnet Guild of Artists, is among those helping to decorate the scenery for Fitzwarren’s sweet shop.

Ms Hunt said it was the first time she had helped with the pantomime but was only too pleased to volunteer to assist behind the scenes with such an important community event.

More in this category: « Barnet Market back at the bandstand Newly-restored physic wellhouse re-opened »