Plans for houses and public parkland in Whalebones 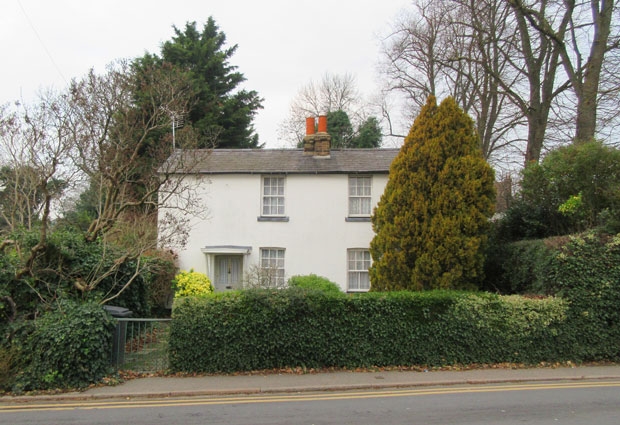 Well Cottage, at the top of Wellhouse Lane, which is the home of Whalebones tenant farmer Peter Mason, would retain sufficient land for rearing geese and poultry. Originally two cottages, dating back to around 1650, it was the home of well keepers who supplied water for the horses of the carters and drovers who stopped off in Barnet when taking hay and forage into London or when leaving with loads of horse manure and ash.
A woodland walkway, a healing garden and children’s play area are among the latest proposals for inclusion in the fields and woods that make up the Whalebones estate in Wood Street, Barnet, where developers are proposing to build around 150 new homes.

Revised plans for the development will be presented to a public meeting to be held in late January before an application for planning approval is submitted to Barnet Council in late February.

Trustees for the Whalebones estate – one of High Barnet’s much-loved green spaces between Wood Street and Barnet Hospital – have been working with Waltham Abbey housebuilders Hill on proposals for the construction of houses and flats in the farmland directly opposite the Arkley public house.

To offset approval for the new housing – in the 7.6-acre field beside the new Elmbank development – the trustees intend to create two areas of parkland and a woodland walkway open to the public with access from Wood Street and Wellhouse Lane.

After holding a series of consultations in recent months with local residents and community groups, Hill’s planning design manager, Jeremy Thurlby, told the Barnet Society that their design work was almost complete.

However, the architects, Pollard Thomas Edwards, were keen to hear reaction, and would amend their proposals where possible.

Mr Thurlby said Hill believed they had responded to issues that had caused concern.

The largest area of public parkland would be in the field closest to the Wood Street-Wellhouse Lane junction.

This would include what Hill describe as a healing garden, laid out with shrubs and benches, and would provide what Mr Thurlby hoped would be a quiet sitting area for patients and visitors to Barnet Hospital.

Another attraction would be a children’s play area – for children in the 6 to 12 age range – which would be laid out in a woodland setting, perhaps with logs for climbing and other equipment.

The land proposed for rearing geese and poultry would face on to Wellhouse Lane next to Well Cottage, the home of Peter Mason and his wife Jill.

He has been farming the land around Whalebones since 1962. The late Gwyneth Cowing, former owner of the estate, granted him a lifetime tenancy of the farm in her will. 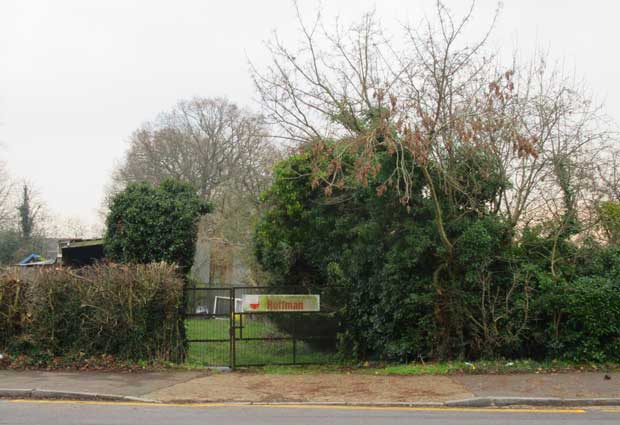 A farmyard gate in Wood Street, almost opposite the Arkley public house, would be the start of a woodland walkway to Wellhouse Lane and Barnet HospitalNext door, further down Wellhouse Lane, the trustees are proposing to construct a new community building in the form of two timber-clad, barn-like structures to provide a studio for the Barnet Guild of Artists and separate facilities for the Barnet Beekeepers Association.

A short access road – opposite the Wellhouse Lane bus terminus – would lead to a small car park for the artists and beekeepers and turn into a cul-de-sac serving a group of five houses.

Entry to the main estate of new houses and flats in the farmland beside the Linden Homes development at Elmbank would be via an access road leading off a new roundabout to be constructed in front of the Arkley public house at the junction of Wood Street, Barnet Road and Galley Lane.

Alexis Butterfield, associate partner of Pollard Thomas Edwards, said the estate of new homes had been pushed further back from the main road in order to provide extra space for an expanded hedgerow and line of trees along the northern boundary.

“There is an 11-metre drop in the land from Wood Street to Wellhouse Lane and the higher buildings are staggered down the slope so that houses visible from the main road would be no more than one-and-a-half storeys high.

“All parking – except for visitors – would be in basements under the houses and flats, and the access road into the new estate would be a cul-de-sac with no access to Wellhouse Lane.”

All told there would be around 200 basement parking spaces – fitted with electric charging points – and 300 spaces for cycles.

Robin Bishop, chair of the Barnet Society, comments: "Hill and their design team have answered several concerns that the Society expressed to the Trustees after the public consultation last June. Although their latest scheme is basically similar, its rationale is clearer and its details more convincing. The quantity of homes is fewer than we feared, and they would impact less on the landscape. They keep all the listed trees and linking them to a range of leisure attractions via a public footpath is a creative move.

Right from the start of this project we insisted, firstly, that any new building and landscape must be of high design quality, and secondly, that it must be an exemplar of environmental sustainability. The designers still have some way to go, but they seem to be taking our challenge seriously."

Forty per cent of the new houses and flats would be affordable – 62 in total – and Hill say that if they are not taken on by Barnet Homes, the trustees would seek to work with a housing association.

The proposed woodland walkway, which would start by the gate to Mr Mason’s small holding, would lead down from Wood Street to Wellhouse Lane and Barnet Hospital. This would be wide enough to include many of the mature trees that stand beside the small holding and the artists’ studio.

The small field between the proposed walkway and the private road leading to Whalebones house would become public parkland and the area around the existing pond would be re-landscaped.

Mr Thurlby explained that concern over the future management of the parkland and walkway had been met by a proposed tie-up with the Land Trust, which owns and manages country parks and open spaces.

The trust would take on ownership and be provided with an endowment to pay for future maintenance.