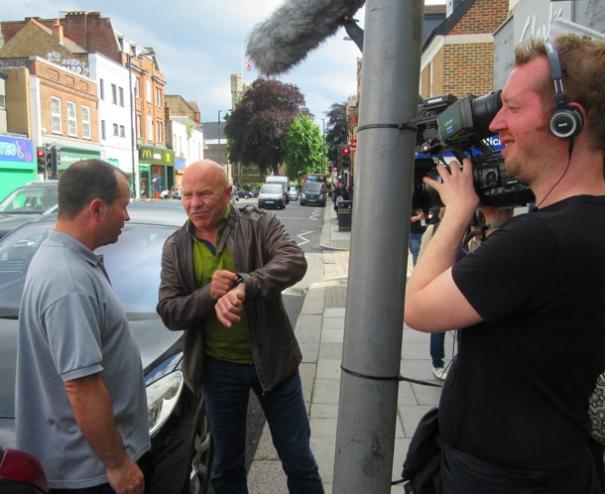 Dom with a recently fined motorist on the High Street
The Barnet Society’s long-running campaign to try to secure a short period of free parking at the 63 parking meter spaces along the High Street featured prominently in Dom on the Spot, BBC television’s latest series about the people whose job it is to hand out on-the-spot fines.

Presenter Dom Littlewood introduced his tour of Barnet’s shopping centre as a visit to the “parking wars front line” where the town’s residents were “in revolt” over parking restrictions and fines.

He was shown the High Street parking meters that no longer accept cash payments; confusing signs on lamp posts that were placed too high to be read with ease; and he witnessed at first hand a motorist being fined for having parked in a loading bay outside the permitted hours.

The Society has been campaigning – so far without success – to persuade Barnet Council to allow a short period of free parking in the High Street, perhaps 20 minutes, half an hour or an hour, to help revive the shopping centre.

Local traders estimate that since the introduction of a parking system that only allows payment by credit card or phone, passing trade has dropped by anything from 20 to 40 per cent.

Gail Laser, chair of Love Barnet, told Dom that before the restrictions were introduced lots of people stopped off in the High Street for ten minutes to do some shopping, or even half an hour to go to Barnet Market.

“In the last three to four years it’s killed off the market; it’s killing off everything. People get free parking just a mile or so away, so they don’t stop in the High Street.” 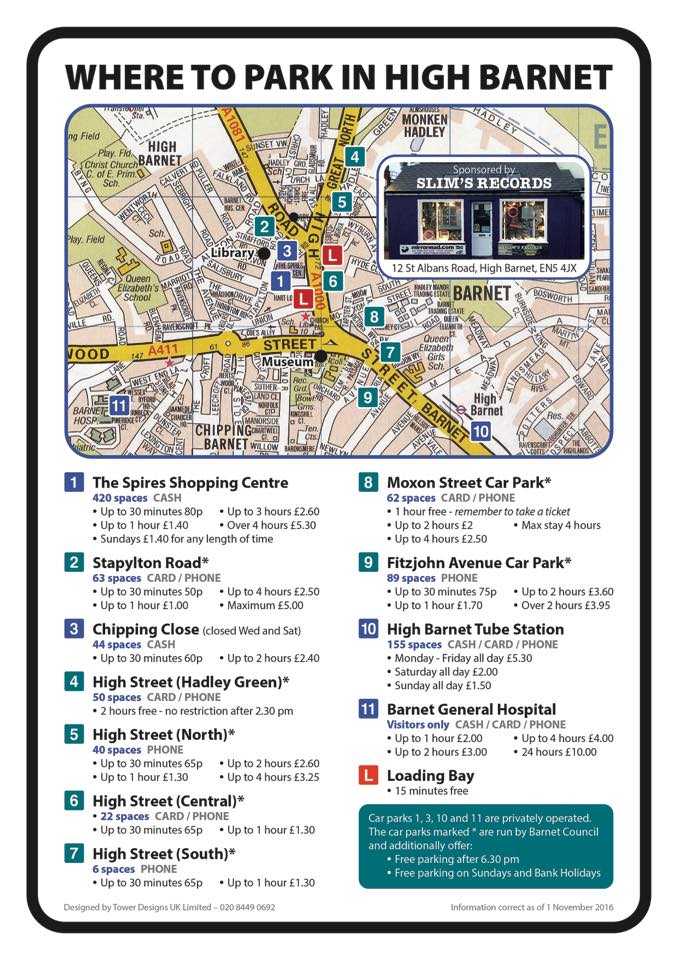