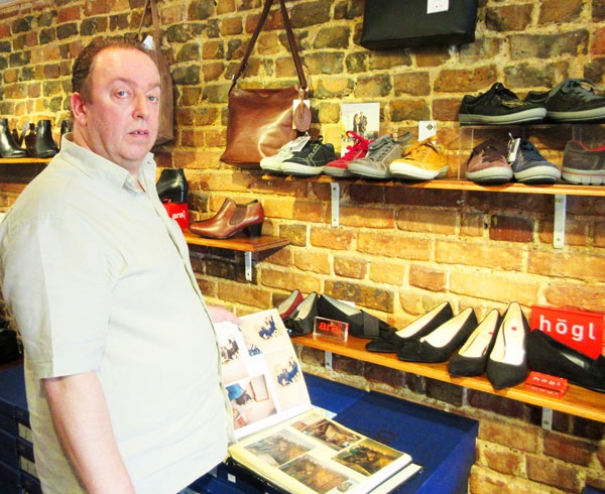 Peter Wanders is celebrating thirty years trading at his shoe shop
Years of friendly rivalry over which shop in Barnet High Street has the longest record of continuous service seems to have been finally resolved.

Documents unearthed by Peter Wanders suggest his shoe shop has been in business for longer than Victoria Bakery. Both shops can boast well over 130 years of continuous trade in the same premises. 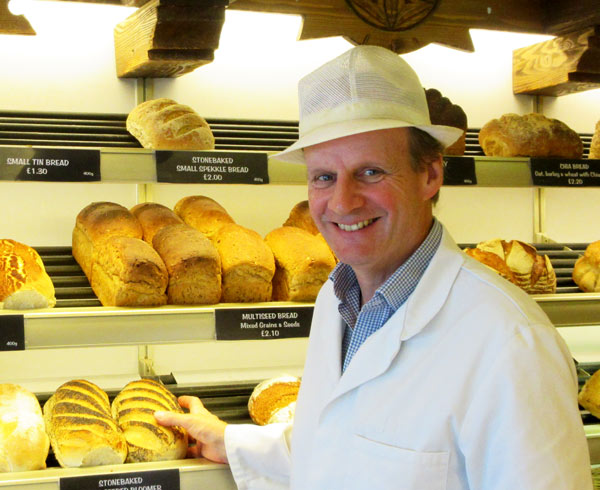 Early records show that Wanders, at 180 High Street, specialists in footwear and bags, was trading as shoe maker from at least 1870, a decade or more before the Victoria Bakery, at 83 High Street, where bread has been baked since at least 1884.

But the records are not definitive, as Victoria Bakery was a shop until 1867 and then traded as an alehouse until 1884.

Several years after Charles Dickens wrote Oliver Twist in 1837 he was walking through Barnet with a friend, and was said to have pointed to what is now the Victoria Bakery and said that was the doorway where he envisaged Oliver met the Artful Dodger.

Mr Wanders, who is celebrating the 30th anniversary of opening his shoe shop (17.9.1986) can point to an equally interesting back history of shoe making at his premises.

“There is evidence to suggest this has been the shop of a shoe maker and shoe repairer for over 200 years, although 1870 is the earliest recorded date I can find in official records.

“When I took over the shop in 1986, a customer in her 90s told me she remembered having her shoes made here as a child, and she said her parents had been regular customers for many years.

“She remembers the shop as a two-up and two-down, and in the yard they cured hams.” 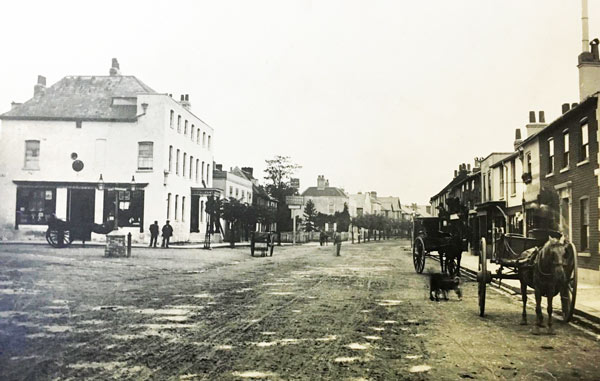 Mr Wanders has done all he can to preserve the original features of the shop, including a Victorian cast-iron fire grate and exposed brickwork, which sets off his collection of shoe lasts and trees.

He put down his success as an independent trader to his ability to react faster than the mass-market suppliers and sell products right for his customers.

He imports classic shoes from Italy, Austria and Spain.

“My father moved from the Netherlands to the UK and I was born here.

The Wanders family can be traced back in Holland to 1506, but I am the first to run a shoe shop and shoe repair business.”

Further along the High Street at the Victoria Bakery, James Freeman is a fifth generation baker.

“My father took over the shop in 1986, but it had been a long-established business and my family had been in baking for generations.

“In 1820 the Freemans had a bakery on Highgate Hill.  We then moved to Kentish Town, and later Enfield, before coming to Barnet.”

More in this category: « H&M fashion store to open in spring 2017 Dom puts Barnet’s parking wars on the spot! »