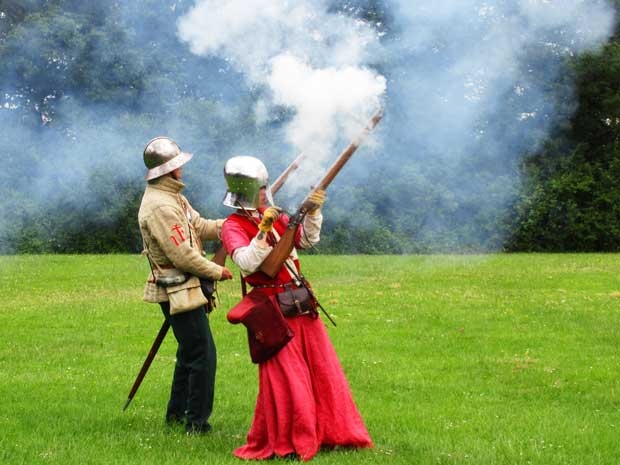 Smoke and fire at the Festival
Barnet’s second medieval festival proved such a success that the organisers are confident they have laid the foundations for an annual event that could become London’s top attraction for Wars of the Roses military re-enactors and enthusiasts.

Displays complete with fully armoured combatants and cannon fire recreated scenes from the Battle of Barnet (1471) and the second Battle of St Albans (1461). 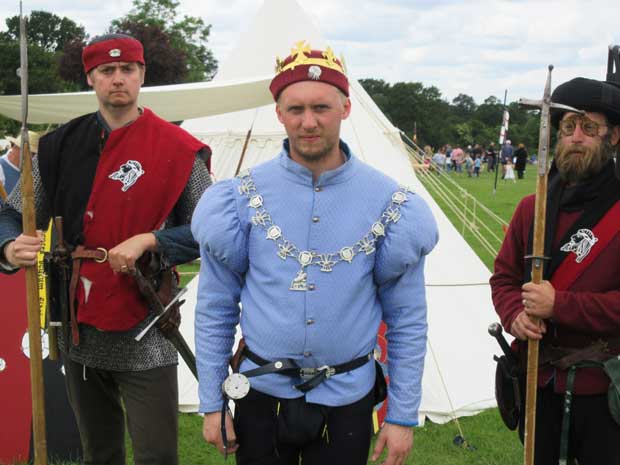 Over 350 re-enactors representing Yorkist and Lancastrian forces captivated a crowd of well over 5,000 on the Sunday of the two-day event (June 8 and 9).

A sunny Sunday morning and afternoon – after a wet and windy Saturday – were an ideal occasion for family picnics and for children to try out wooden swords and shields in their own mock battles.

“After the triumph of our first medieval festival last year, and the success of our second with double the number of medieval re-enactors, we can really say with confidence that Barnet is now the go-to medieval festival within the M25.

“We have been overwhelmed with promises of support for 2020 from medieval re-enactors and traders – especially those living in the London area – who would love to see the festival become an annual event.” 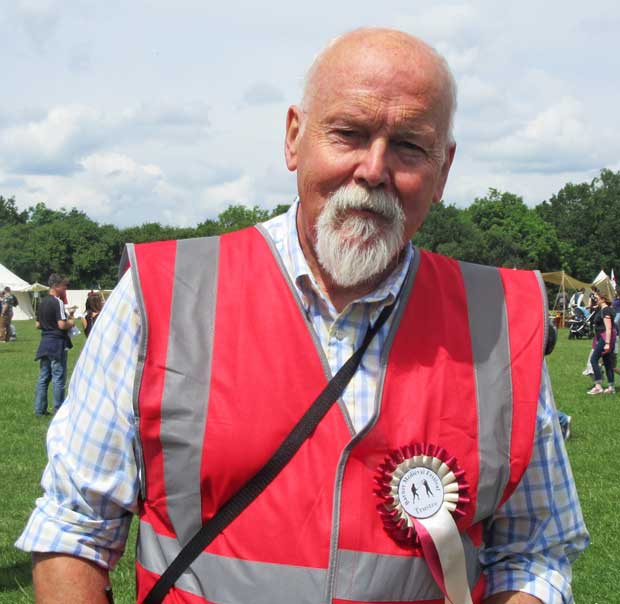 Her optimism is shared by festival co-ordinator Howard Giles, who has 40 years’ experience organising historical and commemorative events.

“Byng Road playing fields and rugby ground are an ideal location, especially given they are so close to the Battle of Barnet site, and the response from medieval re-enactors and the public is an illustration of the demand within London and the south-east for a Wars of the Roses themed event.

“The nearest comparable medieval festivals are probably those commemorating the Battles of Tewkesbury and Bosworth so an event at Barnet can really thrive and grow.”

After financial support last year from the Heritage Lottery Fund, the festival committee is becoming self-funded and is now a registered charity under the chairmanship of Bob Burstow.

“We have laid the foundations for what we are confident can become an annual event and we are determined to make the 2020 festival even better.

“What was so encouraging was that so many people came along on both days, despite the wet and windy weather on Saturday.

“We know there is demand for a medieval festival within London and the south-east and fund-raising begins now for next year.

“We are anxious for feedback so do keep in touch: ‘What went well? What could we do to make the festival even better? Please email me with your answers at This email address is being protected from spambots. You need JavaScript enabled to view it.”

Among the special events this year was the unveiling of a new painting of the Battle of Barnet by medieval military artist Graham Turner. (www.studio88.co.uk)

On sale at the bar of the Barnet Elizabethans RFC was a special Battle of Barnet ale brewed by the Black Horse brewery. 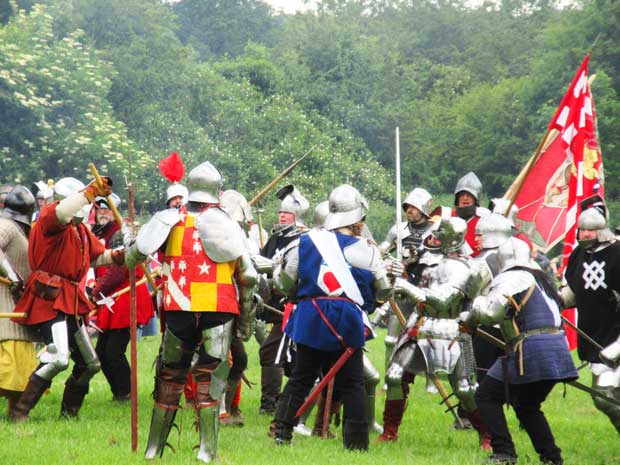