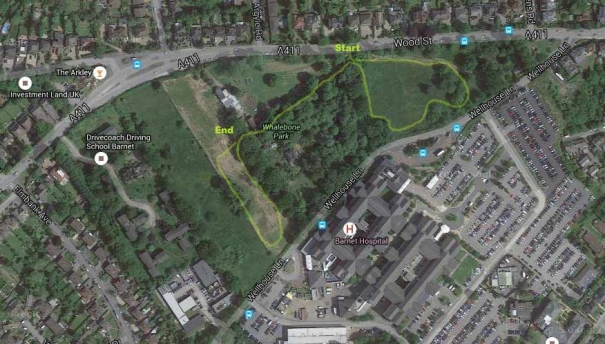 “I don’t often make promises like that, but Whalebones is such an important part of Chipping Barnet’s green belt.”

Mrs Villiers told the Barnet Society she was prepared to meet the trustees of the Gwyneth Cowing estate to discuss their concerns about the future management of the park and farmland.

I don’t often make promises like that, but Whalebones is such an important part of Chipping Barnet’s green belt.

“But I do feel so strongly about the importance of preserving the woods and fields around Whalebones that I would be willing to lie down in front the bulldozers to save what without doubt is a classic piece of green belt land. 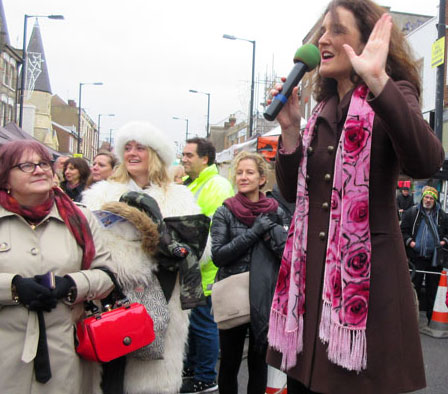 “If Whalebones hadn’t been included in the Wood Street conservation area it would have been swallowed up by housing years ago. If the land were to be built on now it would mean there was no meaningful protection at all for such an important environmental site.”

Her declaration of support follows a survey of the 14-acre stretch of green space between Barnet Hospital and Wood Street by members of the Barnet group of the London Wildlife Trust, which has photographed many of the park’s majestic trees as a precautionary measure in case Barnet Council gives planning approval.

A tree preservation order covers 57 of the trees within the park and farmland.

Barnet Council has told the trustees of the Cowing estate that it intends to make a decision on whether the land can be used for residential and community use early in 2016.

Whalebones, one of Chipping Barnet’s oldest residences, dating back more than 200 years, takes its name from the blue-whale jaw bones that stand at the entrance on Wood Street.

The first set of whalebones were installed sometime in the 1830s, but the present bones date from 1939, and are said by experts at the Natural History Museum to be of “remarkable size” and well worth preserving.

More in this category: « Barnet Museum plans rejected MP steps up fight to save Whalebones »