Plans for a heritage trail for the Battle of Barnet 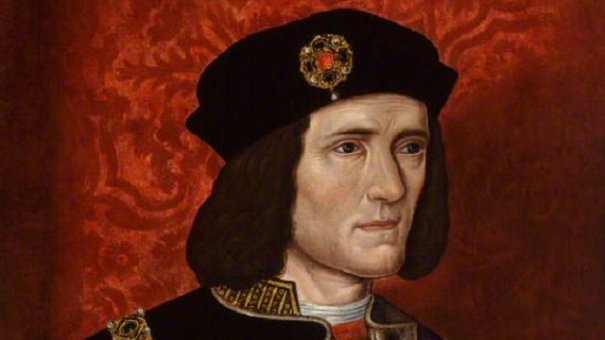 The body of King Richard III, discovered in a council car park in Leicester, is to be buried in Leicester Cathedral
A Battle of Barnet heritage trail starting at Hadley Highstone is just one of the ambitious plans for providing a lasting legacy if funding can be obtained from the Heritage Lottery Fund for an archaeological excavation of the battlefield site.

Information boards, downloadable leaflets and an audio tour are just some of the ideas for helping visitors learn more about one of the grisliest battles of the Wars of the Roses and then to see for themselves the layout of what after all is the only battlefield site within Greater London.

Leicester’s magnificent, newly-opened visitor centre near the site where archaeologists discovered the remains of Richard III should be an inspiration to those hoping to encourage greater recognition of Barnet’s role in 1471 in the events that culminated in the King’s death at the Battle of Bosworth Field in 1485. 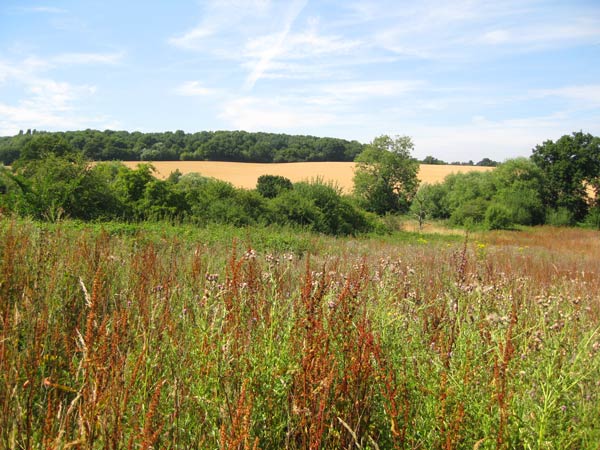 The speed with which the City of Leicester responded – and their visionary story telling about the aftermath of the Battle of Bosworth Field – shows what can be achieved given the support of all the relevant authorities.

Perhaps the most telling script line in the exhibition at the visitor centre that opened in July 2014 is the response from Leicester City Council when the archaeologists asked for the councillors’ help in supporting the excavation: “They were very enthusiastic”.

The question left hanging in the air is could a mean-spirited Barnet Borough Council ever be “enthusiastic” about helping to fund a local history project unless it could be outsourced to Capita , privatised or perhaps funded by credit card payments from a mobile phone?

Historians have failed to agree on the precise location of the battle that took place on 14 April 1471 in fields half a mile, or even up to a mile, to the north of the town.

Barnet was one of the decisive engagements of the Wars of the Roses, when England found itself with two kings, the Yorkist Edward IV and the Lancastrian Henry VI, but the site of the battle fails to get the recognition it deserves, largely because of uncertainty over the exact location and the lack of vantage points for visitors.

Currently the only visual reminder is Hadley Highstone, an obelisk commemorating the battle that was erected by Sir Jeremy Sambroke in 1740 at the junction of the Great North Road and Kitts End Road.

If lottery funding can be obtained the archaeological excavation would be carried out by Dr Glenn Foard, military archaeologist at Huddersfield University and the Battlefields Trust.

An earlier bid was rejected by the Lottery Fund on the grounds that simultaneous excavations at a number of the Wars of the Roses battlefield sites, including Barnet, would be too costly and that an application would be more likely to succeed if it focused on a single site.

Barnet was chosen because of strong local interest and promises of support from organisations such as the Barnet Museum and the Barnet Society, and the absence of any accurate archaeological evidence.

Work is now underway preparing a detailed bid for funding. If an application was submitted to the Fund by October, a decision might be announced by the end of the year, ready for an excavation to start sometime in the autumn of 2015.

In the meantime Dr Foard and the Battlefields Trust are anxious not to raise expectations for fear that the publicity might attract unwanted amateurs using metal detectors or encourage unauthorised digging in the surrounding area.

A bid for funding would have to cover work on the archaeological excavation itself; the recording, cleaning and storing of any finds (likely to take place at Barnet Museum); interpreting the dig for local residents and visitors; and providing a long-term legacy to explain what happened when the armies of the House of York and the House of Lancaster clashed on fields surrounding what is now Hadley Green and Monken Hadley.

A heritage trail and an exhibition at Barnet Museum could be the catalyst for wider support within the local community; banners could be painted by local volunteers showing the coats of arms of the main protagonists; a “battlefield day” might include a local re-enactment; and the owners of land within the battlefield would be encouraged to adopt a conservation scheme to preserve the site for the future.

The Barnet Society has promised to do all it can to assist Dr Foard and the Battlefields Trust to prepare their application for the Lottery Fund.

Other pledges of support have been given by the Chipping Barnet MP Mrs Theresa Villiers and also by the London Assembly Member Andrew Dismore, who has already raised the prospect of a dig at City Hall.

In June he was told by the Mayor of London Boris Johnson that the Greater London Authority supported the application in principle as it believed the project could help to “celebrate and promote Barnet’s rich history”.

Dr Foard and the Trust have a proud record in identifying and protecting battlefield sites. He is best known for discovering the location of the final phases of the Battle of Bosworth Field (1485).