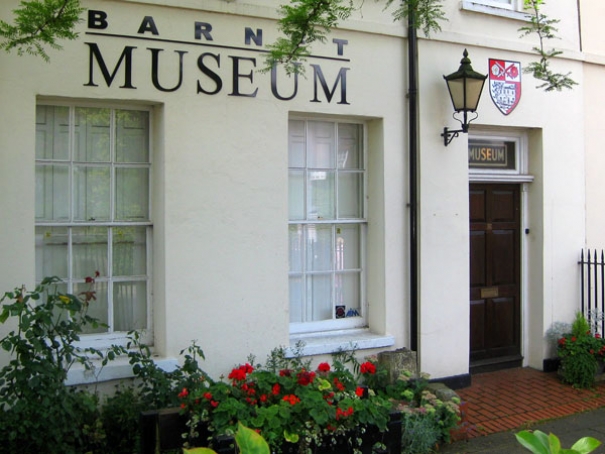 Barnet Museum is one of the few remaining community museums in Greater London, run by volunteers
Barnet Museum is drawing up plans for a possible extension to its Wood Street premises and a programme of community activities if the go-ahead is given for an archaeological excavation on the site of the 1471 Battle of Barnet.

A renewed bid for financial support for a dig on the battlefield site is currently being prepared for presentation to the Heritage Lottery Fund, and the museum is hoping to become one of the partners in the project.

Dr Glenn Foard, a celebrated military archaeologist at Huddersfield University, would lead the excavation together with the Battlefields Trust; it is hoped a final decision on funding might be made early next year.

If the go-ahead is given for the dig, Barnet Museum’s role would be to co-ordinate the response of the local community and develop a programme for the widest possible participation.

A final decision on funding might be made early next year

Dr Gillian Gear, the museum’s archivist, said the growing likelihood of there at last being a proper excavation of the battlefield site could be the ideal opportunity to ensure the museum’s long-term future.

An outline has already been prepared for a possible three-storey extension to be built at the rear of the museum.

An education centre could be created on the top floor; on the ground floor there would be disabled access, a new kitchen and other facilities; and a new basement could provide extra space for secure storage.

Detailed plans are now being drawn up in the hope of gaining planning permission.

“We are very hopeful the Heritage Lottery Fund will approve funding for the excavation. We see it as a chance to build on the great local support there has been for the museum in recent years.

“We have already set aside a room which could be used to clean and examine any finds from an excavation of the battlefield site. Our job will be to encourage and co-ordinate a community response.

We would hope to involve local schools, arrange lectures and events. Who knows, we might even get support for a re-enactment of the Battle of Barnet.” 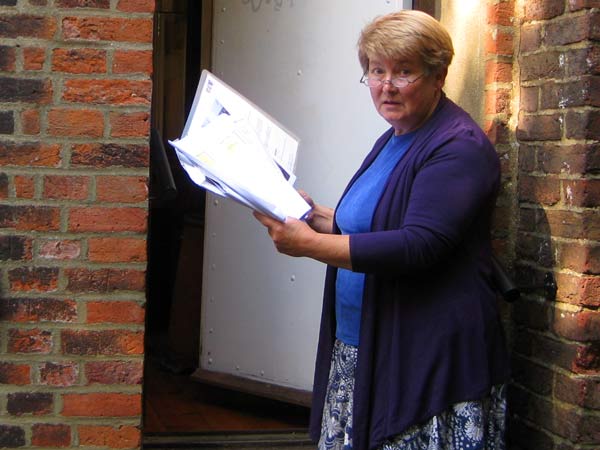 Barnet Museum is one of the few remaining community museums in Greater London, manned entirely by volunteers. It was established on the Wood Street site in 1938 and almost all of its exhibits and artefacts were donated by local people and other well wishers. The collection is held in trust by the museum.

Dr Gear said the enthusiasm among the volunteers had never been greater and the prospect of there being an excavation and greater recognition of the Battle of Barnet site could not have come at a more opportune moment.

“We have been so relieved that Barnet Council has finally changed its attitude and stepped back from its previous talk of possibly evicting us from our Wood Street premises.

“The loss of Church Farmhouse Museum at Hendon, and the closure of other locally run museums in the London area, is a reminder of what can happen but we like to think we now have the full support of both Barnet Council and the Chipping Barnet MP Mrs Theresa Villiers.

“We had our wake-up call when doubts were raised about the museum’s future but now we hope the strong possibility of a Battle of Barnet excavation will provide us with an opportunity to reinforce our contribution to the local community.”

More in this category: « Milestone for the almshouses Plans for a heritage trail for the Battle of Barnet »