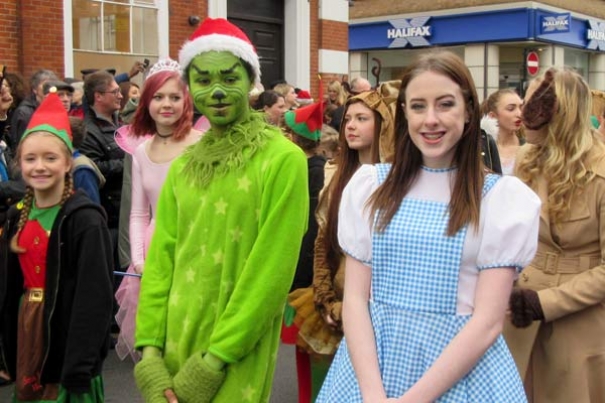 Jade Andrews (15), and Rashaan Shahe (14) led the procession from the Bull Theatre
Barnet Museum – and its role in leading the Battle of Barnet project – was singled out for praise by the Mayor of Barnet Councillor, Mark Shooter, when he opened the annual Barnet Christmas Fayre.

Crowds gathered in the High Street opposite the junction with Salisbury Road to hear the Mayor, and the Chipping Barnet MP, Mrs Theresa Villiers, welcome the Christmas Fayre procession and congratulate the organisers for arranging such a well-attended event.

Councillor Shooter said he was especially proud to be in Barnet on Sunday 6 December because it was the birthday of King Henry VI, who was on the throne in 1471, the year of the Battle of Barnet.

We are very proud of Barnet Museum and all the work it is doing to celebrate our local history, and to find out more about the Battle of Barnet.

After the official opening, Councillor Shooter told the Barnet Society that he understood the anger and frustration of the museum’s staff following the refusal of Barnet Council’s planning committee to grant planning permission for a rear extension and disabled entrance to the museum’s premises in Wood Street.

“I am told that planning department officials do hope to have further negotiations with the museum’s staff over their plans, and I do hope it will be possible for the museum to present a plan that is acceptable to the council.

“Barnet Museum is an integral part of the Barnet community, and yes, at Barnet Council we are very proud of the work that it does, especially in view of the importance of its project to discover more about the site of the Battle of Barnet, which could be so important to the town.” 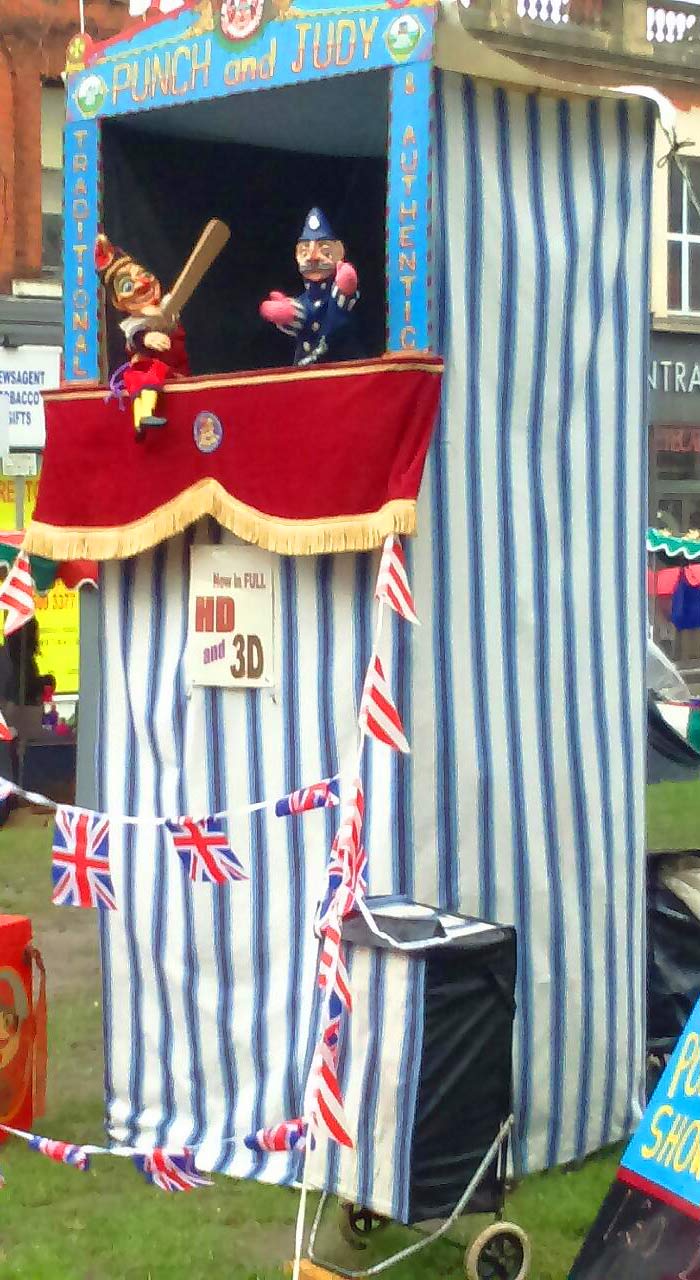 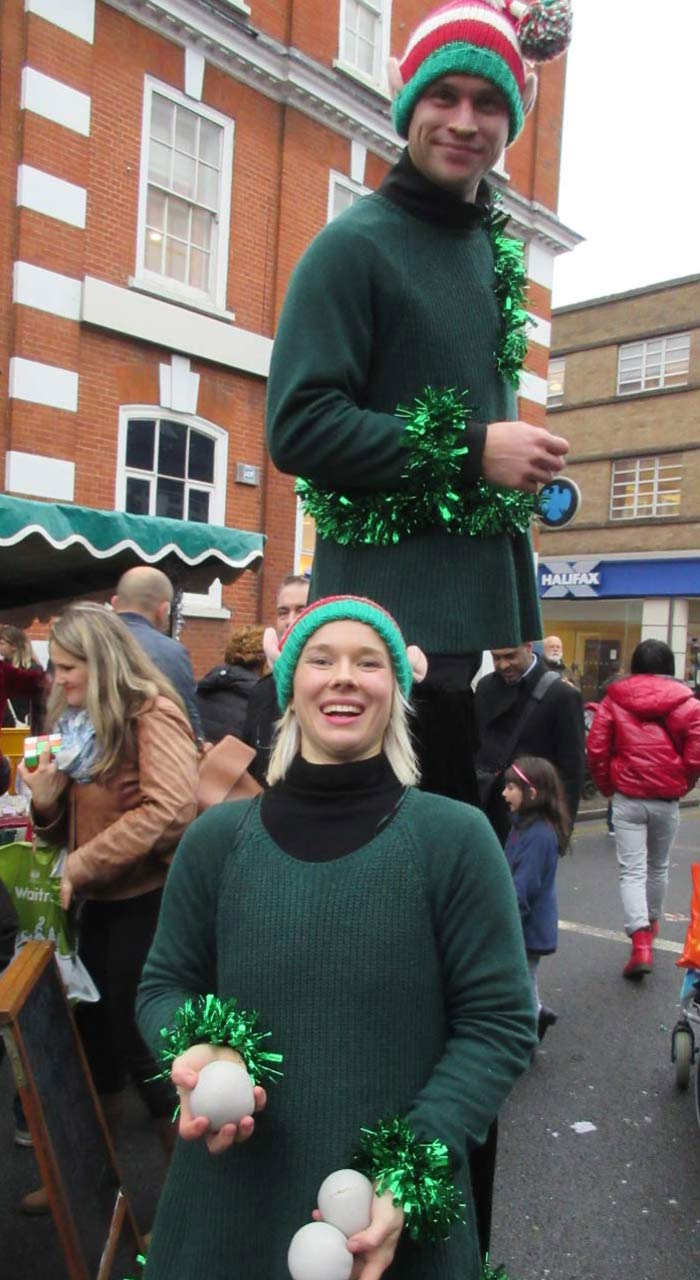 Councillor Shooter, who was accompanied by the Mayoress, Melissa Shooter, visited many of the stalls along the High Street, as did Mrs Villiers, who urged local residents to support Barnet’s shops and traders.

Despite light rain and drizzle for much of the day, the weather did little to dampen the enthusiasm of those taking in a packed programme of events.

The Barnet festival queen Monae Crick (18), and her two princesses, twins Melissa and Monica Faldes (13), who are pupils at the Susi Earnshaw Theatre School, were driven the length of the High Street in a vintage car supplied by Studio 434.

They were accompanied by a procession led by a group under the name, ‘Vikings are coming to Barnet’ and other dance groups from the Bull Theatre led by Jade Andrews (15) as Dorothy from the Wizard of Oz, and Rashaan Shahe (14) as the Grinch.

Susi Earnshaw, of the Bull Theatre, who was chair of the fayre committee, thanked Barnet traders for their support and made a special mention of Nick Staton, who had donated the Christmas tree in front of the parish church of St John the Baptist.

As the stallholders packed up, they had musical accompaniment provided by the parish church bell ringers, who rang a Peal of Lessness Surprise Major, which requires eight bell ringers to ring non-stop for three hours.

More in this category: « 20 years old and growing fast Concert rounds off 2015 at QE Girls »