Concert rounds off 2015 at QE Girls 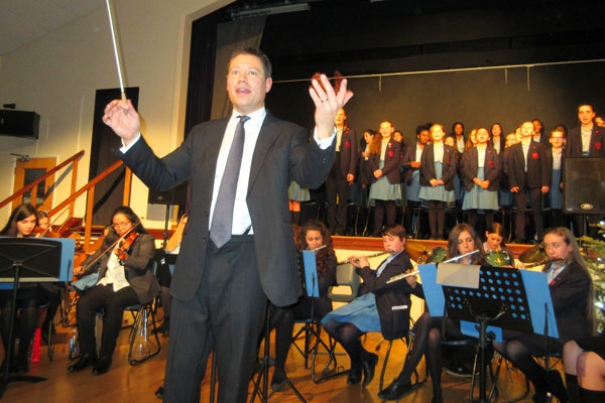 Parents and friends were treated to a varied programme of traditional Christmas songs from the choir and orchestra, classical music, solo performances, and blues from the jazz band, plus individual compositions from two of the pupils. 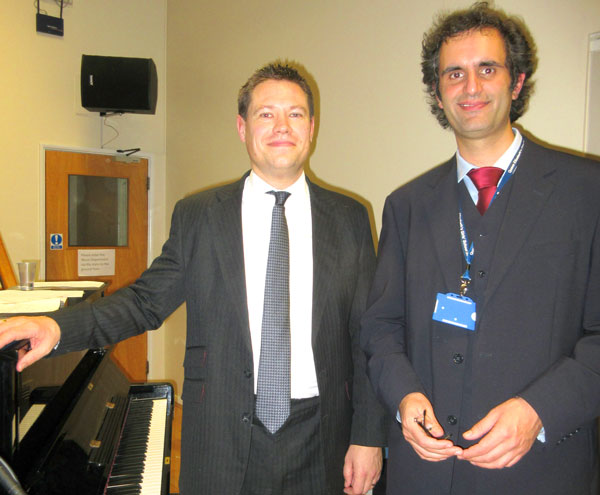 The evening was compered by music teachers Paul Nathan, who conducted the school orchestra, and Stephan Verma. They were an accomplished double act, and were dubbed QE Girls’ equivalent of Ant and Dec by Mrs Walker when she closed the concert and thanked the pupils for all their efforts.

“The girls have worked really hard for this concert. It is such a great pleasure for them to have songs and music in their lives, and there has been a real warmth in the concert, with the girls supporting each other during their performances.”

One highlight of the first half of the concert was the appearance of the school jazz band led by science teacher Chris Sugden, who formed the group 15 years ago.

“We always enjoy taking part, but sometimes we are short of bass players. Usually there is no shortage of girls playing the flute; it is sometimes harder to find a pupil playing the clarinet or trumpet, and in 15 years at QE Girls I have only once had a pupil who played the trombone.”