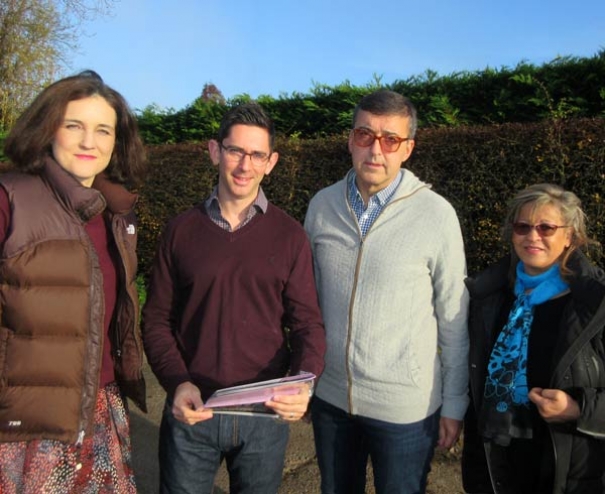 Theresa Villiers, the Chipping Barnet MP, with fellow Arkley residents to re-launch the Arkley Protection Group. From the left to right, Mrs Villiers, David Press, Simon Ross and Sasha Capocci
There has been another indication of the growing commercial interest in, and rising value of Barnet’s Green Belt land – just as Arkley residents step up their campaign against local farmland being developed as a natural burial site.

Another nearby stretch of Green Belt land on the other side of the Whitings Hill open space has now gone on the market with an asking price of offers in the region of £250,000.

The two sites are both part of the open countryside and farmland that stretches westwards from Quinta Drive and is bounded by Barnet Gate Lane to the west, Barnet Road to the north and Mays Lane to the south.

Together with the surrounding countryside, these two sites form part of what the Barnet Society says is the “almost seamless continuity” of the Dollis Valley, comprising Green Belt and Metropolitan Open Land, and sites of nature conservation and scientific interest.

In a submission to the Mayor of London, Sadiq Khan, on the drafting next year of a new London Plan, the Society says it welcomes the Mayor’s statement of intent to protect the Green Belt and other open spaces. 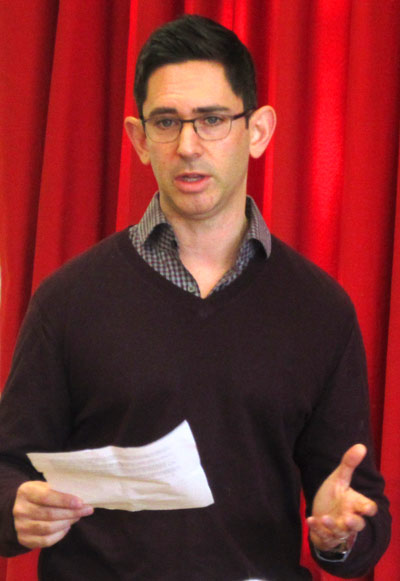 But in view of the increased commercial interest in Green Belt land around Barnet, the Society warns that the Mayor’s plans for much higher-higher density housing development must avoid “eroding the greenery” that make up Chipping Barnet’s attractive green gateways.

The 4.8 acres of Green Belt land now for sale off Greenland Road – next to the Whitings Hill open space – is being advertised by Land Market, Bristol, which states that the land currently has no planning permission for development and is liable to floods at the back of the site.

The asking price of offers in the region of £250,00 indicates the rising value of Barnet’s Green Belt land as the much larger nearby site proposed for the natural burial site – which extends to 50 acres of farmland – was last sold for £265,000 in 2002.

People living nearby in Greenland Road and other roads say they hope the land will remain protected as an open space, and their concern is mirrored by residents in Arkley who are being asked to fill in an online survey to express their opposition to the burial site plan, as a first move towards establishing a committee and starting a fighting fund.

A well-attended meeting at Arkley Village Hall (26.11.2016) agreed to re-launch the Arkley Protection Group – the group that succeeded 16 years ago, in preventing a previous application to convert the area into a Jewish burial ground.

Theresa Villiers, the Chipping Barnet MP, who has been an Arkley resident since 2004, congratulated local resident David Press for organising the meeting and for promising to mount a fresh campaign to protect Arkley’s Green Belt land.

Mr Press told the meeting that their aim was to appoint officers, form a committee and establish a fighting fund to resurrect the Arkley Protection Group, which was a registered charity and was established to fight the earlier application.

To start with, the new group would establish the degree of protection currently afforded by the Green Belt; examine the environmental impact of a natural burial site on the water table and wildlife; and assess the resulting increase in traffic requiring access to the site.

Mrs Villiers said she was determined to follow the example of her predecessor as MP, the late Sir Sydney Chapman, who led opposition to the previous application to use the land for a cemetery.

“I am proud to be following in Sir Sydney’s footsteps. It would be a tragedy if our Green Belt land was lost for a development of this kind.

I have already done a survey of local residents and this shows there is 99 per cent backing from the local community for a fighting fund to stop this development taking place.”

The plan for a Jewish cemetery on the site was first made in 1996, but after Sir Sydney’s intervention was rejected by Barnet Council which was supported by the Secretary of State for the Environment on the grounds that a burial ground would not be appropriate for the Green Belt.

At present the 50-acre stretch of farmland is ploughed regularly and planted with arable crops, providing a welcome feeding ground for a wide variety of birds which feed over open land.

At a presentation, earlier this year, the landowner, Reilly Holdings, said its intention was to lease the site to the Natural Death Centre if planning permission could be obtained.

Contacts for Save Arkley Green Belt:
Email: This email address is being protected from spambots. You need JavaScript enabled to view it.
Arkley Green Belt survey: https://www.surveymonkey.co.uk/r/6BCCCYG

More in this category: « Outrage at library closure John Brown »