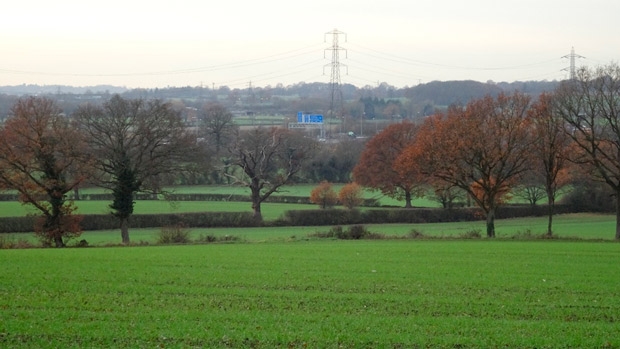 To meet the housing crisis, particularly in London and the South-East, the government is requiring every local authority to meet new house-building targets. Hertsmere are responding by considering 28 large sites and many more smaller ones. Barnet Council may do something similar when it launches its own draft Local Plan in February 2019.

Most of us know the fine stretch of countryside just north of the M25, if only from driving up the A1(M) or the A1000/Great North Road, maybe to shop at Colney Fields or Crews Hill. An increasing number of us also travel to work outside London, and some of our students attend Dame Alice Owen’s School or the University of Hertfordshire.

Although the Green Belt on our side of the M25 is not threatened – yet – we have to be constantly on our guard. Any new building on it sets a precedent that developers are happy to exploit. The identity of Chipping Barnet, which is surrounded on three sides by Green Belt, is potentially at risk.

So the Barnet Society will be responding to Hertsmere’s consultation, and you can read our initial comments below. Please add your own thoughts at the foot by Monday 17 December.

You can also respond online yourself at: www.hertsmere.gov.uk/newlocalplan. The deadline is Thursday 20 December. 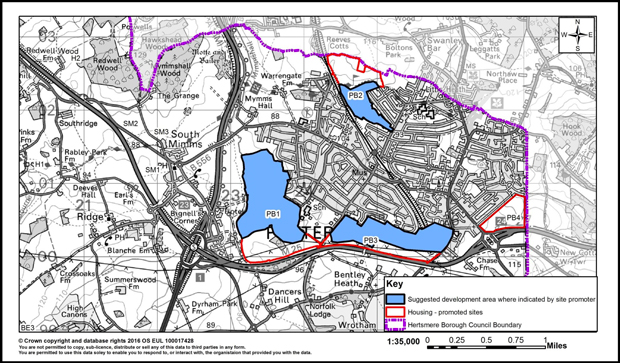 The Barnet Society’s comments relate to the three sites considered for new housing and other potential development between Barnet and Potters Bar (sites PB1, PB3 & PB4 on the map above).

The Barnet Society was founded in 1945 to protect the Green Belt in and around Chipping Barnet. We oppose its development on principle. Not only has it prevented ribbon development between Barnet, Potters Bar and other Hertfordshire settlements but it has saved some lovely countryside immediately north of the M25 for the benefit of residents, travellers and wildlife.

Having said that, we recognise that some development may be justifiable under exceptional circumstances. Unarguably today’s housing needs across London and the South-East are exceptional, and we broadly accept that a substantial amount of new building is necessary – but only in the right places, and to high design and environmental standards.

Although we do not question Hertsmere’s need for additional housing, we do question the overall quantity.

In Barnet we have noticed significant disparities between the Government Standard Methodology, the GLA Strategic Housing Market Assessment and our own Council’s projections. We hope that Hertsmere’s own target will be verified rigorously before any final decisions are made.

We have doubts about future projections, too, especially post-Brexit given the likely consequent economic slow-down and departure of EU citizens.

We also question the distribution of Hertsmere’s proposed new homes.

Although we are pleased that Hertsmere is considering a large number of possible sites, they seem unrelated to any wider strategy for the area’s economic growth or infrastructural improvements, particularly public transport. Some outlying housing estates around Potters Bar and Borehamwood, for example, are already fairly isolated and lack local facilities. Any new development must be planned for the benefit of existing as well as new residents.

We acknowledge that the higher densities becoming normal in Barnet will not be acceptable in suburban and rural Hertfordshire. In the interests of carbon reduction, however, it must make sense to build at significantly higher densities around public transport hubs such as Potters Bar Station.

At the same time, buildings should not be tall enough to intrude on the Green Belt.

We generally favour higher-density solutions arranged along streets or around courts of no more than three or four storeys. Excellent examples have recently been built in Hertfordshire, such as at Newhall in Harlow. Close to Chipping Barnet’s Green Belt, Brook Valley Gardens and Elmbank both follow these principles – in quite different architectural styles, but both in keeping with neighbouring streets and with low impact on existing landscape.

Hertsmere states that growth would be in the form of ‘garden suburbs’, but this a vague and misleading label. It could mean simply villas or semi-detached houses with gardens, without any overall vision, like most pre-war suburban sprawl.

As invented by the Victorians and Edwardian planners and architects who gave us Bedford Park, Hampstead Garden Suburb, and Letchworth and Welwyn Garden Cities, ‘garden suburbs’ meant mixed communities planned alongside a full range of work, retail, educational, health and recreational facilities, all well connected by road and rail. In comparison, Hertsmere’s promise (in para 2.6) of ‘supporting infrastructure including roads, shops, open space, schools and other community facilities’ is not exactly a ringing commitment to create such integrated, memorable and loved neighbourhoods.

There are several issues relating specifically to these sites.

1.    Together they provide a magnificent green buffer between Potters Bar and Barnet. Not only are PB1 & PB3 virtually continuous, being linked by the grounds of Dame Alice Owen’s School, they connect visually with the fields and trees of Bentley Heath, Dancers Hill, Wrotham Park, Dyrham Park and other stretches of Green Belt to create a panorama that is much greater than the sum of its parts. 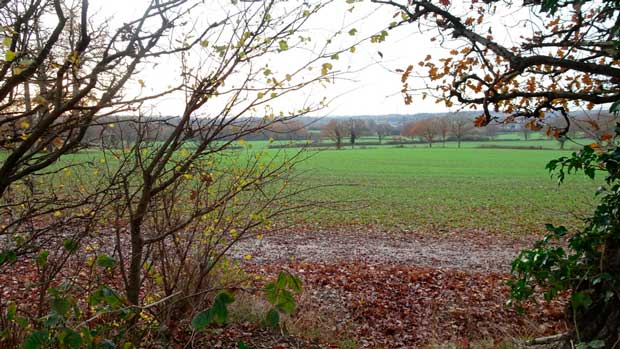 2.    The southern sides of these areas are dominated by the M25 visually, aurally and in terms of pollution. It already impacts adversely on existing houses on the southern edge of Potters Bar (though less so in the case of PB4, where the M25 curves away to the east). It would have a much worse impact on any homes or work premises built closer to it, unless densely screened by new planting. 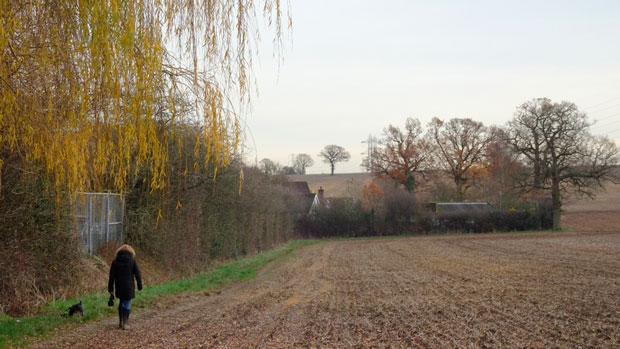 3.    By minimising – or abolishing altogether – the gap between Potters Bar and the M25, the town’s distinct identity from the south will also be lost. The Baker Street and Barnet Road motorway bridges would make dismal gateways to the expanded town. 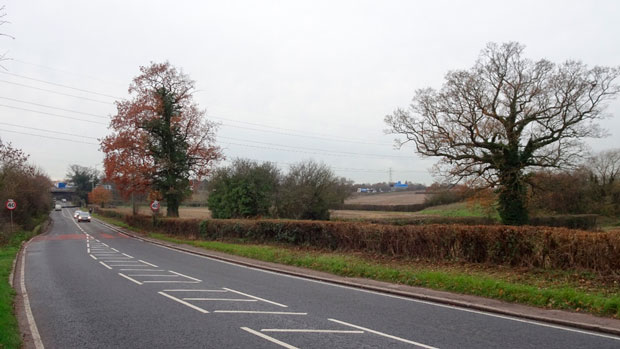 4.    The value of PB1 & PB3 is enhanced because they are currently in mainly agricultural use. It is a working landscape – with the visual charm that brings – which requires large fields. Eating into it will reduce their efficiency and threaten the future viability of farming there. We risk losing its economic and visual diversity for ever. 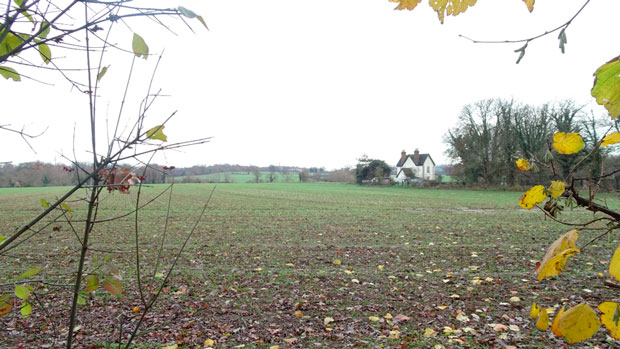 5.    In Barnet we already suffer from road and parking congestion caused at least partly by the rising number of commuters from Hertfordshire to London. Building new homes and workplaces near our border seems certain to exacerbate that.

6.    New homes near Barnet are likely to be cheaper and more spacious, internally and externally, than in Barnet itself. They are bound to attract young couples and families struggling to afford property in our area. It would be bitterly ironic if much of Hertsmere’s new housing ended up benefitting Londoners at the expense of its own residents. 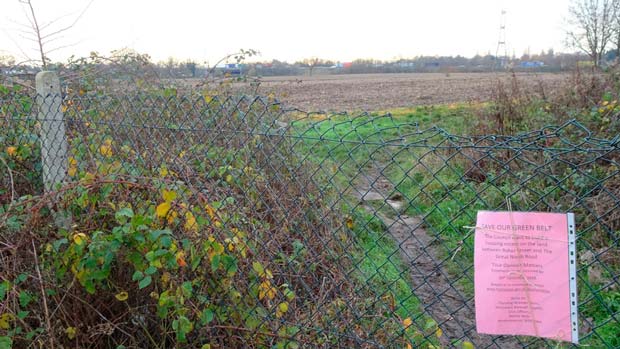 More in this category: « New sports and community hubs in the green belt? Barnet Beyond Brexit -Saving our green spaces »