Golf club wins first round in new Battle of Barnet 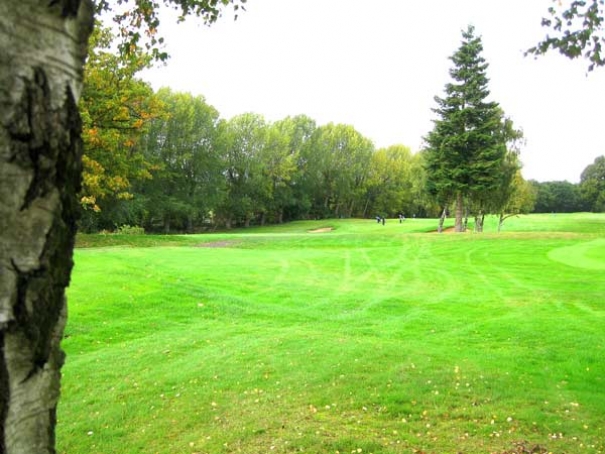 Waste not: under proposals, landfill would be used to 're-contour' the course and up to 60 poplar trees felled
If planning approval can be obtained, Barnet Council will allow landfill to be used to re-contour a golf course at Monken Hadley over what is thought to be part of the Battle of Barnet site.

Old Fold Manor Golf Club has cleared the first hurdle by obtaining approval in principle from the council, which owns the land on which club has its well-established 18-hole course.

In its role as landlord, the borough’s asset and capital board says that in granting consent in principle it has imposed strict condition if the club succeeds in gaining planning permission to re-contour a 900-yard stretch of the course running parallel with St Albans Road.

If planning permission is granted, the club’s proposals would then have to be referred to the council’s cabinet resource committee and, therefore, council members will have the chance to make the final decision on whether to grant landlord’s consent.

Any landfill used to raise the level of the land, between the sixth and eighth holes would have to be certified top soil to ensure there was no contamination. No rubble or other industrial landfill would be permitted.

Because of the commercial sensitivity of the club’s application, no indication has been given of the likely amount of soil to be deposited on the course but a “considerable quantity” would be involved and is likely to come from farmland being excavated for motorway extensions. Lorry loads would be tested to ensure only certified soil was being deposited.

Until the club submits its application there is no information on the precise area to be re-landscaped, but council officials have apparently been advised that the landfill would not encroach on the possible site of the Battle of Barnet.

All the indications are that the area involved is to the west of the likely battlefield site as outlined in maps prepared by English Heritage and also by Glenn Foard, Reader in Battlefield Archaeology at the University of Huddersfield, who is seeking Heritage Lottery Funding for a possible excavation of the site by the Battlefields Trust.

Another aspect of the plan that could prove controversial is the club’s proposal to fell the majority of the trees in a line of up to sixty poplars which mark the boundary between the golf course and the St Albans Road. 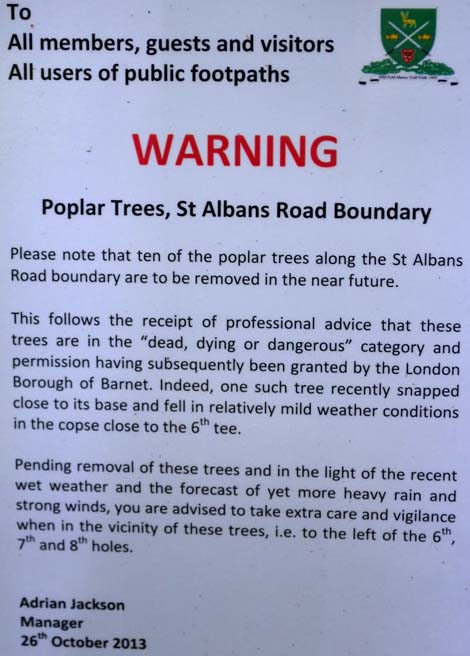 Barnet Council’s arboricultural officers agree with the club that many of the trees are in a dangerous condition and need to be replaced, but they do form an impressive feature when approaching Chipping Barnet along the St Albans Road.

If most of the trees are felled and the level of the land is raised the resulting earth bank would provide a noise barrier for the golf club and would have to be replanted with native trees such as oak.

Once an application for planning permission has been submitted and is in the public domain, the Barnet Society, along with other local history groups, will be able to assess the club’s proposals and determine whether the conditions that would be imposed are sufficient to protect a much-loved green space and prevent any damage to the area where the Battle of Barnet is believed to have taken place.

But the club, which has a 125-year lease on the land, has cleared the first hurdle and could join other neighbouring golf clubs which finance improvements to their courses by taking in landfill material.