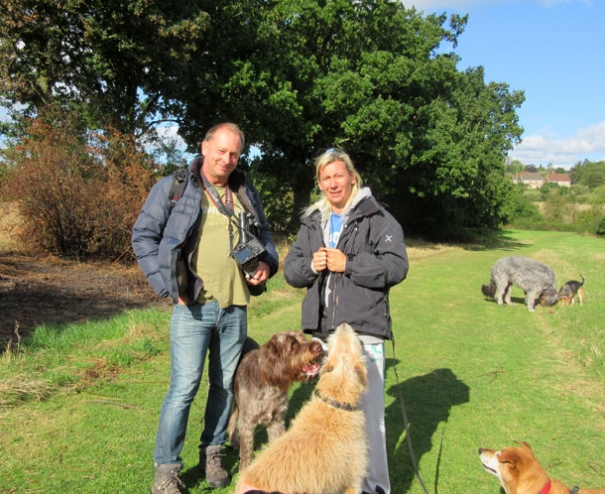 At present the 50-acre site is ploughed regularly and planted with arable crops, providing a welcome feeding ground for a wide variety of birds which feed over open land.

Reilly Holdings, which owns the land, would lease the site to the Natural Death Centre if planning permission could be obtained for what the developers say would become a green space, open to the public from dawn to dusk.

Consultations are now underway with Barnet Council, but the development is opposed by the Chipping Barnet MP, Mrs Theresa Villiers, who is urging local residents to join her in campaigning to preserve Arkley’s all-important Green Belt land. 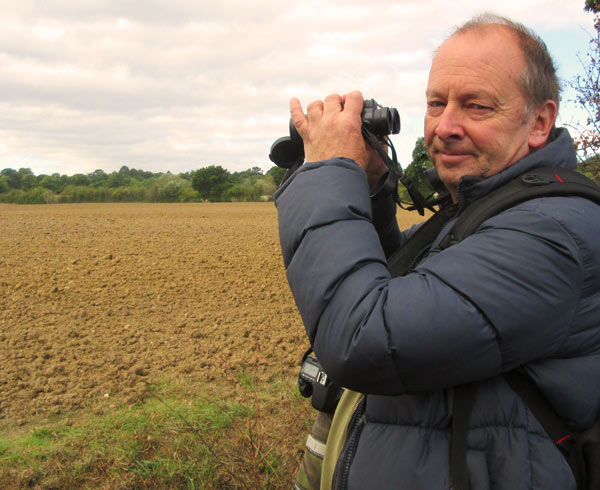 One local birdwatcher, David Martens, says numerous species in rapid decline are regular visitors and they would lose a valuable feeding area if the site was planted with trees and became the kind of rough grassland typical in woodland burial sites.

“Open farm land that is ploughed and planted with crops like wheat and oil seed rape is so important for species like lapwings, skylarks and snipe, and such a large expanse of open land is an ideal hunting ground for birds of prey like kestrels, peregrine falcon and red kites searching for the rodents that live in the drainage ditches.”

Mr Martens regularly walks his dog through the Whitings Hill open space which forms the eastern boundary to the farmland and he has photographed and logged the birds that he has seen in each of the last three years.

“There is plenty of rough grassland all around and what we need to preserve is the open farmland. These are probably the last ploughed fields within the Borough of Barnet and they are such a valuable stopping off ground for a great variety of birds.

“Often there are as many as five or six kestrels feeding in the area. I have seen a peregrine falcon swoop down and take pigeons when they are feeding. These birds need ploughed land that is then planted with crops so that they can hunt for the rodents in the drainage ditches.”

...this is not the first time the landowners
have proposed leasing the land for burial

“This year a pair of breeding lapwings raised two chicks. We had skylarks again, and swifts and swallows in the summer. They need the open land which would be lost if the site was planted with trees for a burial ground.

“What makes this unique in the local area is the husbandry of such a large stretch of land, and what is so important are the seasonal arable farming practices through spring, summer and autumn with different crops grown annually.”

When an exhibition of the plans for a possible natural burial ground was held in May -- http://barnetsociety.org.uk/component/k2/a-new-nature-reserve-for-barnet -- Nell Dixon, a surveyor for the landowners, said their initial ornithological survey had not shown up the existence of any protected species, but further surveys would be carried out in conjunction with Barnet Council.

Each plot in the proposed natural burial ground would remain unmarked except for a small tree or shrub, and the only development on the site would be “a small gathering room” for mourners, an office and reception area, toilets and associated car parking.

One potential stumbling block is the difficulty of providing access. An entrance to the site off Mays lane, next to the Old Elizabethans’ playing field, is considered too dangerous, because of a bend in the road, and Reilly Holdings promised to work with the council on a traffic plan that might include a realignment of the road.

In urging local residents to join her campaign against the proposal, Mrs Villiers has explained that this is not the first time the landowners have proposed leasing the land for burial.

In 1996 there were plans for a Jewish cemetery on the site, an application that was opposed by the late MP, Sir Sydney Chapman, and then rejected by Barnet Council, which was supported by the Secretary of State for the Environment on the grounds that a burial ground would not be appropriate for the Green Belt.

David Martens’ snapshot of bird life recorded on the 50-acre site of the proposed burial ground during the last three years is impressive:
Breeding lapwings (raising two chicks this year); breeding skylarks; whinchat; snipe; stonechat; wheatear; spotted flycatcher; yellow wagtail; meadow pipit; green sandpiper (feeding in drainage ditches); barn swallows and swifts (nesting locally and feeding).
Birds of prey: kestrel; peregrine falcon; buzzard; red kite; hobby.
“Many of these birds are red and amber listed by the International Union for the Conservation of Nature and have special and legal protection. If the land management of the fields changes to permanent rough grassland, their feeding and breeding sites will be lost.”