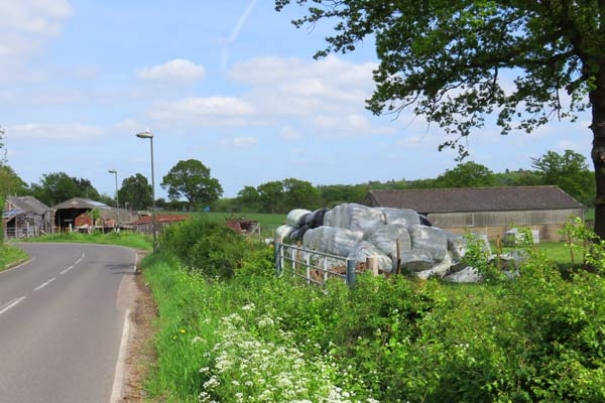 The barns at Brent Lodge Farm
You’d think that planning controls in the Green Belt and Conservation Areas would be stricter than elsewhere. No longer.

Two premises in Chipping Barnet – one a pair of barns in the countryside between Mays Lane and the Dollis Brook, the other our former Town Hall in Union Street – are being converted to residential use.

No surprise there, given house prices lately; nor would the Barnet Society necessarily object, because we like to see genuinely redundant buildings put to good use.

The surprise is that the planners can do almost nothing to control how the conversions are done.

Given the control they exert over developments elsewhere, it’s alarming that in places that matter most to Barnet’s visual identity – the greenery that surrounds us on three sides and the Wood Street and Monken Hadley Conservation Areas – they now have less power.

In April, the government further relaxed planning rules. Simply by serving a Prior Notice, most commercial and agricultural buildings can be converted to residential use unless there are traffic, flooding, contamination or a few other issues.

External appearance can be a consideration. But only next-door neighbours have a right to object, and neither Barnet’s Planning Committee nor Conservation Area Advisory Committees are even consulted.

When Brent Lodge Farm recently applied to change two of its 20th-century sheds into three residential units, the Society didn’t object to the principle.

At a time when Greece’s status in the European Union is uncertain and Western democracy itself under attack from terrorists, it is a reminder – in the heart of Chipping Barnet – of what we have in common and should hold dear.

We did, however, express concern about hazardous road access (off a Z-bend in Mays Lane), and the importance of materials, surfaces and planting being sympathetic to their prominent position in the meadows.

After all, the latter are a remarkable and precious survival in Barnet.

As well as being in the Green Belt, the site is part of – or adjoins – an Area of Heritage Land, a Countryside Conservation Area, the Dollis Valley Green Corridor, the Upper Dollis Brook and Totteridge Fields Sites of Metropolitan Importance, and the Watling Chase Community Forest.

We need not have bothered, because none of those constitute grounds for objection. 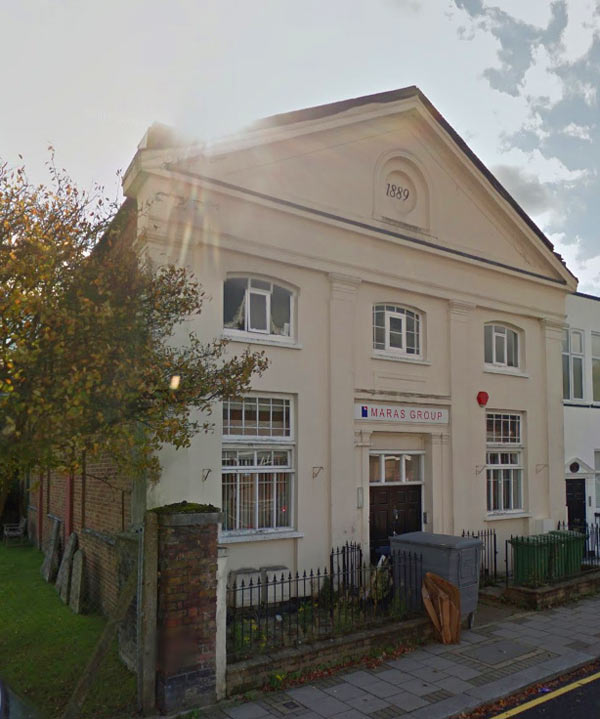 At 29 Union Street, the physical setting is quite different, but the planning situation is similar. It was built in 1889 as Barnet’s Town Hall, which it remained until a new one was built in 1915 in Wood Street (the present Coroner’s Court).

It has a stucco façade with Classical pilasters and a pediment that is unexpectedly grand for modest Union Street, and a blank brick-arched side wall to the adjoining burial ground

It is not on the national or local lists of buildings of merit, and probably only the Barnet Society would say it is worth a detour. But it’s a reminder of our community history, and a landmark in Union Street and the Conservation Area.

The owner has served notice to turn the present offices into five flats. Considering that the building is basically a two-storey rectangular box with windows only at each end, it’s a mystery how that could be done without at least some external alterations.

We hope that’s not what’s going on behind the tarpaulin currently shrouding it.

No plans of the proposal have been posted on the planning portal, so we can only guess. An application earlier this year to convert it was turned down by planners because it had no car parking, and because parts of it were not actually in office use. Perhaps they will find a way to turn this one down too.

It’s a poor way to treat a building that was built to symbolise democratic local government. That’s why it’s in the style of ancient Greece, where democracy (of sorts) was born.

At a time when Greece’s status in the European Union is uncertain and Western democracy itself under attack from terrorists, it is a reminder – in the heart of Chipping Barnet – of what we have in common and should hold dear.

And although we all gripe about the planning system sometimes, it is – or was – fundamentally the way we all have a say (however small) in our environment.