The end of Friends Reunited 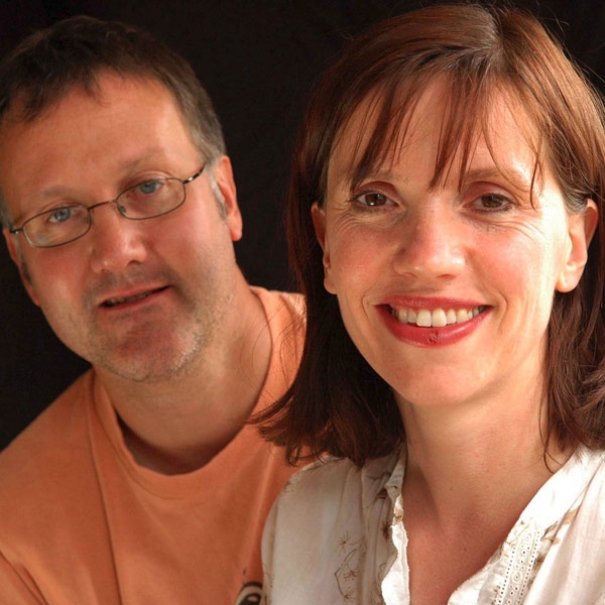 Steve and Julie Pankhurst
The sun sets on the Barnet inspired networking site.  Friends Reunited, the social networking website created in the back bedroom of a semi-detached house in Barnet, has finally closed down after being left with only “a handful” of active members.

Julie Pankhurst, pregnant with her first baby in the summer of 1999, urged her computer programmer husband Steve to help her find a way to get back in touch with old friends from her school days.

Steve wrote the programme for the site, and with his business partner Jason Porter they were able to launch on the internet. Within weeks of going live they received an email from one of their first users saying he had met up with an old school friend after 30 years.

Friends Reunited, launched officially in July 2000, expanded rapidly to become the UK’s first mass-market social networking site, and when sold to ITV for £120 million in December 2005 had 15 million members.

Steve Pankhurst took back ownership of the site in 2014 after it was overtaken by the rise of Facebook, Twitter, Instagram and other social networks. In a message sent this week to former members, he said that with “a heavy heart” they had decided to close it down.

The online encyclopaedia Wikipedia describes Friends Reunited was the first social networking site created by a husband and wife team in a “classic back bedroom internet start-up”.

Recalling events in the summer of 1999, Steve says on the Friends Reunited website that during the first few weeks he and Julie spent all their spare time answering a constant flow of emails, and adding schools to the site.   By the end of 2000, Friends Reunited had 3,000 registered members.

He and Jason redesigned the site and created a new logo featuring photographs of Steve’s mother and father, and two friends.  After the site was nominated “website of the day” on the Steve Wright Show on Radio 2, tens of thousands of listeners decided to log on, and their “poor little single server” in Barnet just could not cope.

With the help of Jason and his wife Ann, the Pankhursts worked through the night to upgrade the server.  By February 2001, the site had 19,000 members; it then hit a “critical mass of 96,000 members”; and by August 2001 had a million members.  Fifteen servers were handling up to 5 million hits a day.

Friends Reunited had vastly outgrown a spare bedroom in a Barnet semi, and in July 2002 an office was opened for some of the staff in Oxted, Surrey, while the rest continued to work from home.

Steve and Julie are long-standing local residents, having moved from their semi-detached house to a much larger property in High Barnet. In interviews they have given over the years, the couple have often reflected on their early years as Barnet’s social networking pioneers.

In March 2002, Julie, then 35, told the Guardian she had just returned from hospital after having given birth to their second daughter Sally while Steve was busy fielding requests from local radio stations about a couple of childhood sweethearts who were about to marry, having found one another again on Friends Reunited.

Steve, then 38, sounded nonchalant about the number of people telling them about their impending nuptials.  “The ones that really get me,” he said, “are the ones about adopted kids finding their birth parents.”

When Julie came up with the idea on maternity leave, then expecting their first child, Amber, she thought it would be a low-key project.

"Now it’s a full-time baby, and it’s nice working with Steve, tucked up in our little spare room,”’ says Julie.  "Most of the time it’s just slogging through emails, but there can’t be many jobs you can get this much satisfaction from.”’

Steve stood back from the day-to-day running of the business in 2003 when Michael Murphy was appointed chief executive.  In an interview for the Daily Telegraph in 2005, he explained that Friends Reunited might never have happened if Julie had not been expecting Amber.

“When Julie was pregnant she wondered how many of her friends from the local school already had babies.

She kept nagging me to write a web programme for her do it and in the end I did it just to get her off my back.  It was probably the simplest programme I ever wrote.”

Steve said at the time that he had no more ambitions in business. “I get as much satisfaction today from the running the website for a local comprehensive school”, he said. “If you get a kid coming up to you and saying, ‘I love the site’, it’s a fantastic feeling.”

ITV purchased Friends Reunited in December 2005 for £120 million and with its 15 million registered uses in the UK and Australia, of whom more than a million were paying subscribers, itv.com became the UK’s eighth largest online portal in terms of unique visitors.

In March 2009, ITV sold the site for £25 million to Brightsolid Ltd, an online publishing company owned by the Dundee-based publisher D. C. Thomson, but by 2011 the site was said to be worth only £5.2 million.

In an interview the following year with the Independent on Sunday, Steve acknowledged that he had “deliberately hidden away” from the fame of Friends Reunited.

He had felt “burnt out” by his time promoting and establishing the site.

“The press built us up to be this fantastic British company. Then all of a sudden we were being blamed for breaking up people’s marriages.

“There were loads of tales of spurned lovers and vitriolic break-ups. But the fact of the matter is we simply were not responsible for that. We provided a service in the same way that dating sites do; or how mobile phones do today.

“You can’t blame the technology. Everyone has to be responsible for their own actions. If you’re happily married and you look up someone from your past and get back together, that’s your fault, not the service that provided that option.”

In a message to former members (19.1.2016) explaining the closure of Friends Reunited and the “sunset of an era”, Steve said that he had “watched from a distance” as the site declined and found that it could not compete with global services like Facebook.

After being approached to take the site back, he realised that restoring Friends Reunited to its original form was not a service that people would get excited about.

“The site is still used by a handful of members, but it has become clear that it needs a complete rewrite and this is just not viable.

“Therefore it is with a heavy heart that we have decided to close the service down. This will commence in the next month.  “We do recognise that people have a lot of old photos within their profiles on the site.

We will therefore provide a link to allow you to login and download your photos. You will be receiving an email in the coming months with further information on this.”

More in this category: « Former choristers pay tribute to Barnet church organist and choirmaster QE Girls “alive with the sound of music!” »