QE Girls “alive with the sound of music!” 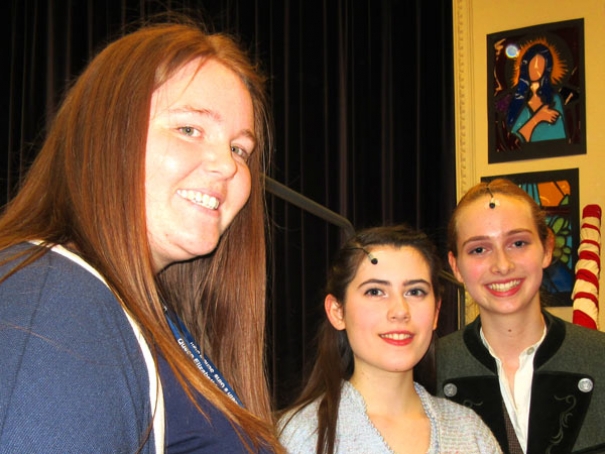 “It’s a fabulous musical for a girls’ school to present,” said the director Jennifer Ford, head of drama and performing arts.

“What makes The Sound of Music so special is that with the extra dance routines that accompany all the familiar songs, we can put on a production that has parts for the entire age range, from 11 to 18.”

The musical ran for three nights (February 10-12), and for the first time the school hired tiered seating for the hall, and also constructed a pit for the school orchestra to create the atmosphere of a theatre.

Ms Ford said auditions began in September and pupils came forward from across the school, from year 7 through to 13.

“The story of the Von Trapp family makes for a marvellous school production. So many of the pupils can get involved with the acting, singing and dancing.

“The pupils also looked after all the technical side, the stage management, and costumes, and even took all the photographs for the programme.

“It’s been hard work for the pupils, with two weekends spent on technical rehearsals, and for the school the great joy of a musical is that we can collaborate with the music department,” said Ms Ford.