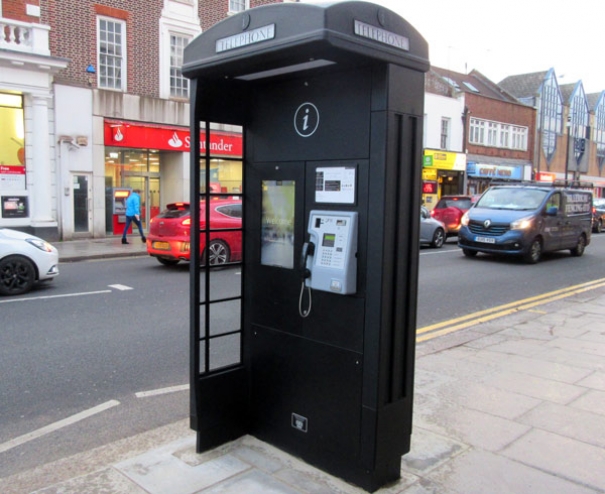 High Barnet’s super-size smart telephone kiosk – an eyesore say its critics
Plans to improve one of the busiest stretches of Barnet High Street by planting trees, and providing benches and cycle hoops, have been upstaged by the arrival of a super-size black kiosk for a new smart telephone.

It has been installed at precisely the point where pavement was due to be widened.

The sudden appearance of what resembles an updated version of the Tardis from Dr Who has produced a chorus of criticism from members of the Barnet Town Team, the Barnet Society and the Barnet Residents Association.

“It’s an eyesore...slap bang in the middle of the High Street, cluttering up the pavement,” says Gail Laser of Love Barnet.

The new kiosk – sited in the pavement just in front of Carluccio’s – is so wide that two people can scarcely pass each other in the space that remains.

It’s an eyesore...slap bang in the middle of the High Street, cluttering up the pavement

Mrs Laser and others complained to Barnet Council about the lack of consultation, but they have been told British Telecom was within its right to replace the previous standard red telephone box with a new smart telephone kiosk.

“These works were permitted,” says Martin Earl, Barnet’s Highways Officer. “No planning permission was required as there was previously a phone box in place. The smart phone kiosk is a replacement and upgrade of the existing kiosk.”

The council’s response has done little to appease the many supporters of the plan to make the High Street more friendly for shoppers and pedestrians by widening the pavement between the Post Office and just beyond the entrance to the Spires shopping centre.

Traffic engineers say that building out the pavement and reducing the number of cars pulling in and out of parking spaces usually speeds the flow of traffic. 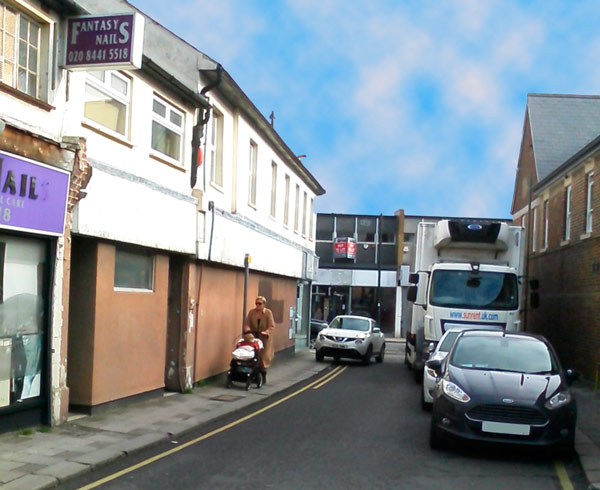 Although seven parking spaces would be lost, the wider pavement would allow for the planting of up to 18 trees, along with the installation of benches, bins and cycle hoops.

Its chair Keith West fears that the new High Street layout will cause further congestion in Union Street which will be the site of a new loading bay, replacing the existing space for shop deliveries.

He says that the pavement build-out will disrupt traffic turning into Union Street from High Street and the new loading bay will cause a traffic hazard.