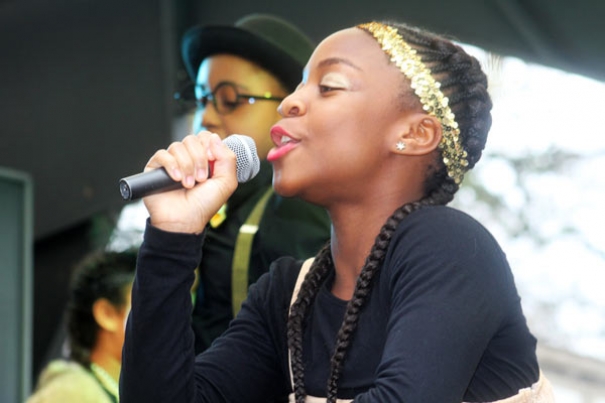 “Lights, camera, action” was the title of their entry, representing the Borough of Barnet, and the theme was a Great Gatsby New Year.

Their float, decked out as a stage set starring pupils dressed in 1920s costumes, was led by a 1923 Bentley driven by Paul and Pina Griffin.

Miriam has already had parts in several London West End productions, including the Lion King, Matilda and Charlie and the Chocolate Factory.

Susi Earnshaw, principal of the school, told the Barnet Society that winning sixth place in the parade had raised £5,000 in prize money for the school’s two charities, Noah’s Ark Hospice and Dementia Club UK.

Councillor Longstaff invited the pupils to take tea with him at Hendon Town Hall where he presented their medals.