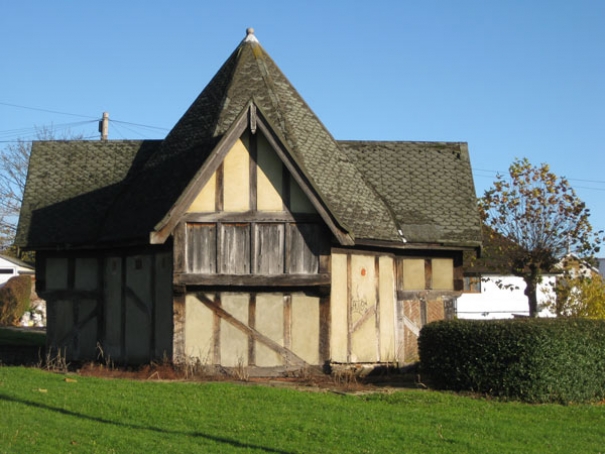 The well sits on a green space midway between Well Approach and Well Road and is surrounded by houses that were once part of an estate of council houses. 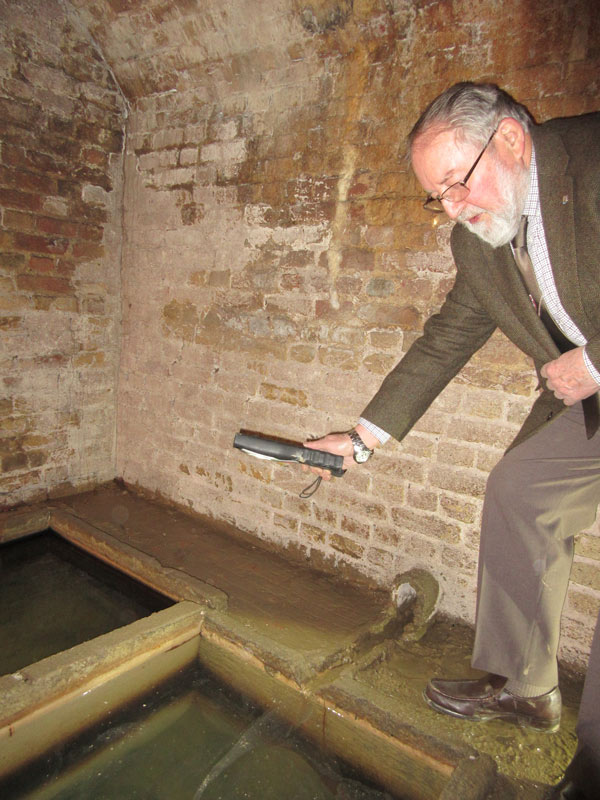 The future of the mock-Tudor well house, which was erected in the 1930s around the original 17th-century well is again in doubt as a result of inquiries being made on behalf of Barnet Council.

A consultation exercise is being conducted by Barnet Homes, the “arm’s length management organisation” established by the council in 2004 to manage the borough’s 15,000 council homes.

In seeking suggestions for the well’s future, Barnet Homes admits the building has been “neglected for some time due to lack of use” and says its major works team has been asked to look at possible uses if the structure was refurbished.

Local organisations are being asked for their ideas.

The open day was held by the museum (11.4.2015) to help promote a campaign to get the outer structure repaired and to find a way to guarantee a secure future for the well itself, which is one of the oldest constructions in High Barnet. 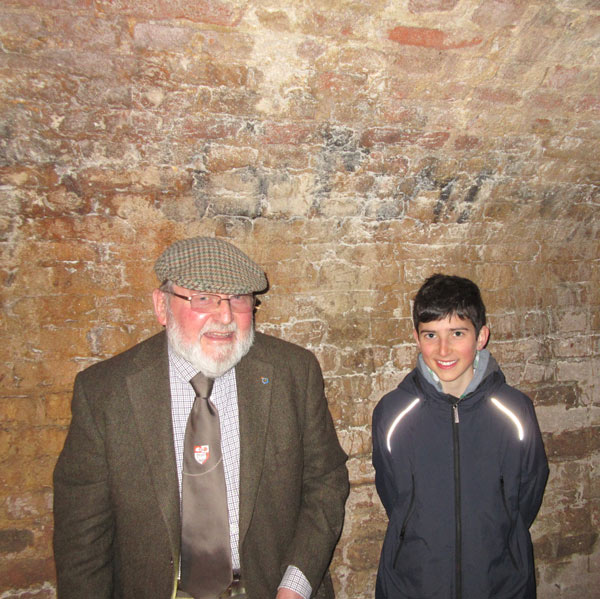 Inside the outer well house is a stairway of twelve steps that leads down to the almost totally unchanged vaulted well chamber, with its original red floor bricks and two tanks that are filled by spring water.

Successive Barnet Councils have made little or no effort to recognise the historic importance of the well house or maintain its exterior.

Many of the timbers are badly decayed, and in places some of the wood has fallen away.

Mike Jordan, chair of the museum’s trustees, thinks the best solution might be for the museum to take over control of the well house, and with financial help from the council work out ways of opening the well to visitors on a regular basis, so as to guarantee its future as part of High Barnet’s historic heritage.

“Barnet’s mineral spring water never quite managed to become as famous as that of spa towns such as Bath and Tunbridge Wells but we know it was promoted as a medicinal cure as early as the 16th-century and then increased in popularity once it was publicised by celebrities like Samuel Pepys in the 17th-century.

“Our well house doesn’t even have a commemorative plaque yet it could become a real attraction for visitors and tourists.

Pepys societies in America and Japan are just some of the groups who we know would love to put it on itineraries for their UK tours.”

Mr Jordan welcomed visitors to the open day and with help of torchlights took them down the narrow steps to look at the tanks that are filled by spring water.  Because of recent rainfall the water was muddier than usual.

“We know that people were still drinking water from the well in the 1940s.  A brother and sister visiting the well told me they hadn’t been back inside the well house since their childhood days in the last war.

They remember the water was cold but tasted sweet.”

Among the first-time visitors to the well house were Andrew Christie, a supporter of the museum and Barnet resident since 1949, and also Councillor Paul Edwards, who represents Underhill ward.

Cllr Edwards said that he had been canvassing Well Road for thirty years but had never before been inside the well house.

“As a local councillor I think the best solution for the well would be for the museum to take control, for Barnet Council to help with repairs and maintenance, and then hopefully the museum could open it up to the public on a regular basis.”

More in this category: « George V plaques The Battle of Barnet Project »