MP tackles BT but is High Barnet any the wiser? 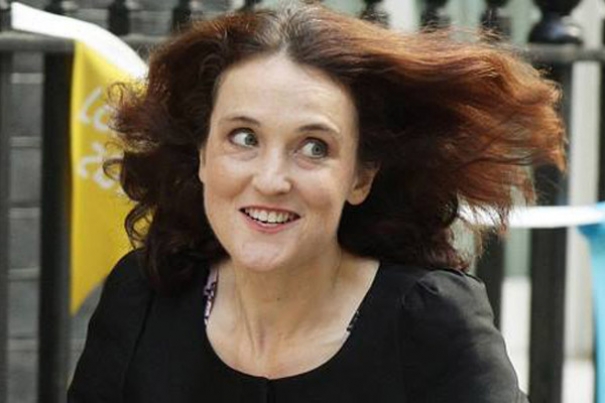 Two senior BT representatives told Mrs Villiers at a meeting in the House of Commons (5.2.2014) that by the time a programme of broadband improvement in London is finished “in the spring, they expect 93 per cent of the London Borough of Barnet to have access to fast broadband with many able to access services with speeds of up to 80Mb”.

Fifty-five new telecoms cabinets have been installed in the Chipping Barnet constituency as part of the work already done, with around 25,000 premises to benefit from upgrade programme.

Mrs Villiers said it had been “a useful discussion” and she welcomed the work which BT had undertaken, but she was concerned that some of her constituents still “aren’t able to get the broadband speeds they want”.

Still aren’t able to get the broadband speeds they want

And herein is the nub of the problem: there is no mention of a date when the forgotten 7 per cent of households in the London Borough of Barnet might ever get a fast broadband service and, more importantly, in the view of the Barnet Society, the share of the 7 per cent of homes apparently abandoned by British Telecom is known to be far higher in High Barnet than other built-up parts of the borough, due to conservation areas and the proximity of the green belt. 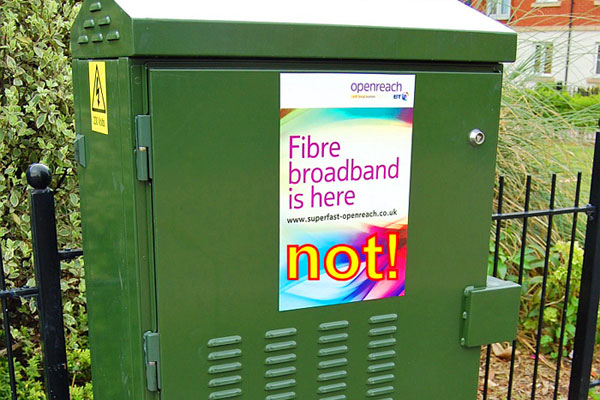 Correspondence last year between Barnet householders and BT revealed that 10 per cent of premises served by the Barnet telephone exchange can be offered no date for fast broadband connection.

Comments posted on the Barnet Society’s website in response our report last October High Barnet’s broadband fiasco continue to show the extent of local frustration at the repeated failure of British Telecom to give a meaningful explanation as to why so many households are being excluded from the upgrade.

A posting by Mark Adams (17.1.2014) about the failure to provide access to fibre optic broadband in Carnarvon Road revealed that houses in a street next to Chipping Barnet Library are outside the “footprint” of the nearest cabinet and are apparently not worth being provided with a superfast service.

Mr Adams said all he received was a “canned response” from BT:
"Dear Sir, Thank you for your enquiry about Barnet cabinet 64. Our deployment is based on the commercial criteria for each cabinet and your cabinet fails to meet the commercial criteria.
Where cabinets are not in our footprint, it is worth contacting your London Assembly Member or local council to register your interest in case any government funding becomes available to help fund deployment.”

In a statement on her  website Mrs Villiers says she arranged her meeting with BT’s manager for London, Southern and Eastern England, Andrew Campling, along with Clova Fyfe, head of parliamentary affairs for BT, in order to discuss the representations made by the Barnet Society.

She had been in correspondence for some time with BT over complaints from constituents about the lack of superfast speeds, and a face-to-face meeting was a good opportunity to emphasise how important the issue was in Chipping Barnet.

“We talked through in detail the work which BT is doing on upgrading broadband facilities in my constituency.

While I welcome the work which has been done, I know that some of my constituents still aren’t able to get the broadband speeds they want.

I will continue to press BT to ensure that as many homes and businesses as possible can be connected to fibre broadband in Chipping Barnet.

Constituents have expressed some anxiety that the dates for delivering the upgrade in certain parts of Barnet had slipped to the summer.  I raised this with BT and they promised to investigate further.”

More in this category: « High Barnet's broadband fiasco British Telecom on the spot »