Broadband - will Virgin Media step in? 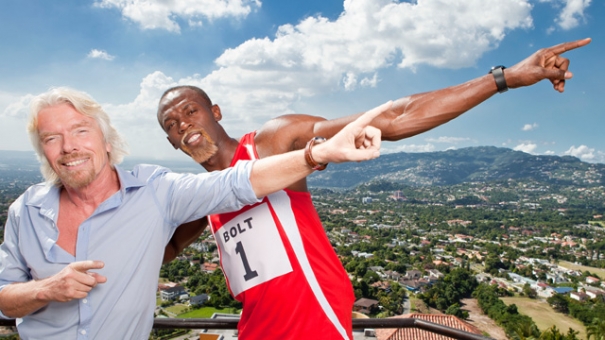 Will Virgin Media step in?
After endless delays and broken promises by British Telecom, High Barnet residents without high-speed broadband are being encouraged by Theresa Villiers MP to think of signing up for a rival service being that might be offered by Virgin Media.

The 3,000 High Barnet households that lack a superfast internet connection have been told yet again that BT is “expected soon” to make a decision as to whether they will be included in the next round of broadband upgrades.

The Barnet Society has established that at least eight additional kerbside cabinets are required if higher internet speeds are to be provided to the High Barnet homes that lack a fast connection.

After a series of meetings with BT representatives, Mrs Villiers is giving constituents advice on how they can put pressure on the company to honour undertakings that were first given in 2010 to complete the roll-out of fast broadband.

She is also exploring the possibility that Virgin Media might be encouraged to extend its fibre coverage to High Barnet.  She has written to the company asking for a meeting together with local residents.

“Virgin plan to spend £3 billion across the UK to extend their existing commercial coverage, and the Department for Culture, Media and Sport tell me that their officials seems to think that there are cases where Virgin can make a commercial case for fibre even where BT have not been able to.”

Mrs Villiers says that local residents can get involved in the campaign to address High Barnet’s needs by registering their interest in fast fibre broadband with both BT and Virgin.

She believes the more people who register the stronger the commercial case will be for extending fast broadband to the whole of High Barnet. An article on her website gives the relevant links: http://www.theresavilliers.co.uk/news/get-involved-campaign-faster-broadband-barnet

Mrs Villiers has been told by BT that one upgrade will definitely be made to install an additional cabinet on Hadley Parade in the High Street. Cabinets serving Pine Grove, Harmsworth Way, Northcliffe Drive and Totteridge Village are also being upgraded because local residents have agreed to meet the cost.

In a report published on her website, Mrs Villiers explains the action she has taken on behalf of residents. She has renewed her appeal to British Telecom to complete its upgrade, and also urged the company to give customers more information on whether or not an upgrade is commercially viable.

According to the figures given to the MP, 91 per cent of premises in the Chipping Barnet constituency can subscribe to fast broadband, but she realises that for the homes involved the lack of a fast connection is a “real inconvenience”.

In an attempt to keep up the pressure, Mrs Villiers has written to the Mayor of London Boris Johnson and two London MPs (Mike Freer and Jo Johnson) whose constituencies also suffer from an incomplete superfast service.

She has also alerted Richard Cornelius, leader of Barnet Council, that the DCMS may be seeking funding in the government’s spending review for improvements in suburban broadband.