British Telecom on the spot 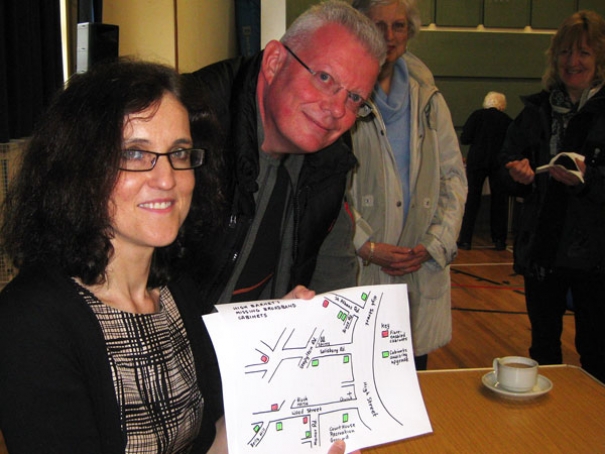 A map indicating where a total of nine fibre-enabled cabinets are needed was handed to the Chipping Barnet MP Mrs Theresa Villiers at the Society’s annual question and answer session.

She promised to renew her efforts to put pressure on British Telecom to deliver its roll-out of fast broadband in the London Borough of Barnet which was first promised for completion by the end of 2010.

Most of the missing cabinets are along major thoroughfares and the Society considers the unending delay in the availability of a fast broadband service is hampering local businesses and also residents who work from home.

Yet again there has been further slippage in the date when BT expects to finish its broadband programme.

Earlier this year Mrs Villiers was promised by BT that the rollout would be completed by the end of March, but this has now been delayed because of bad weather this winter.

She acknowledged at the question and answer session (28.3.2014) that her own constituency office in the High Street lacked a fast broadband connection and she promised she would use the Society’s map to help get a clearer picture of the extent of the problem.

Mrs Villiers was promised by BT that the rollout would be completed by the end of March, but this has now been delayed...

Councillor David Longstaff told the meeting he had been assured the work was about to start and would be completed by the end of May.

After long-standing complaints about pitifully slow broadband speeds in local homes, the Society did its own survey and established that within High Barnet itself there are nine telephone cabinets (known as primary connection points) that lack a fibre-enabled “sister” cabinet.

The eight sites where nine additional broadband cabinets are required are: 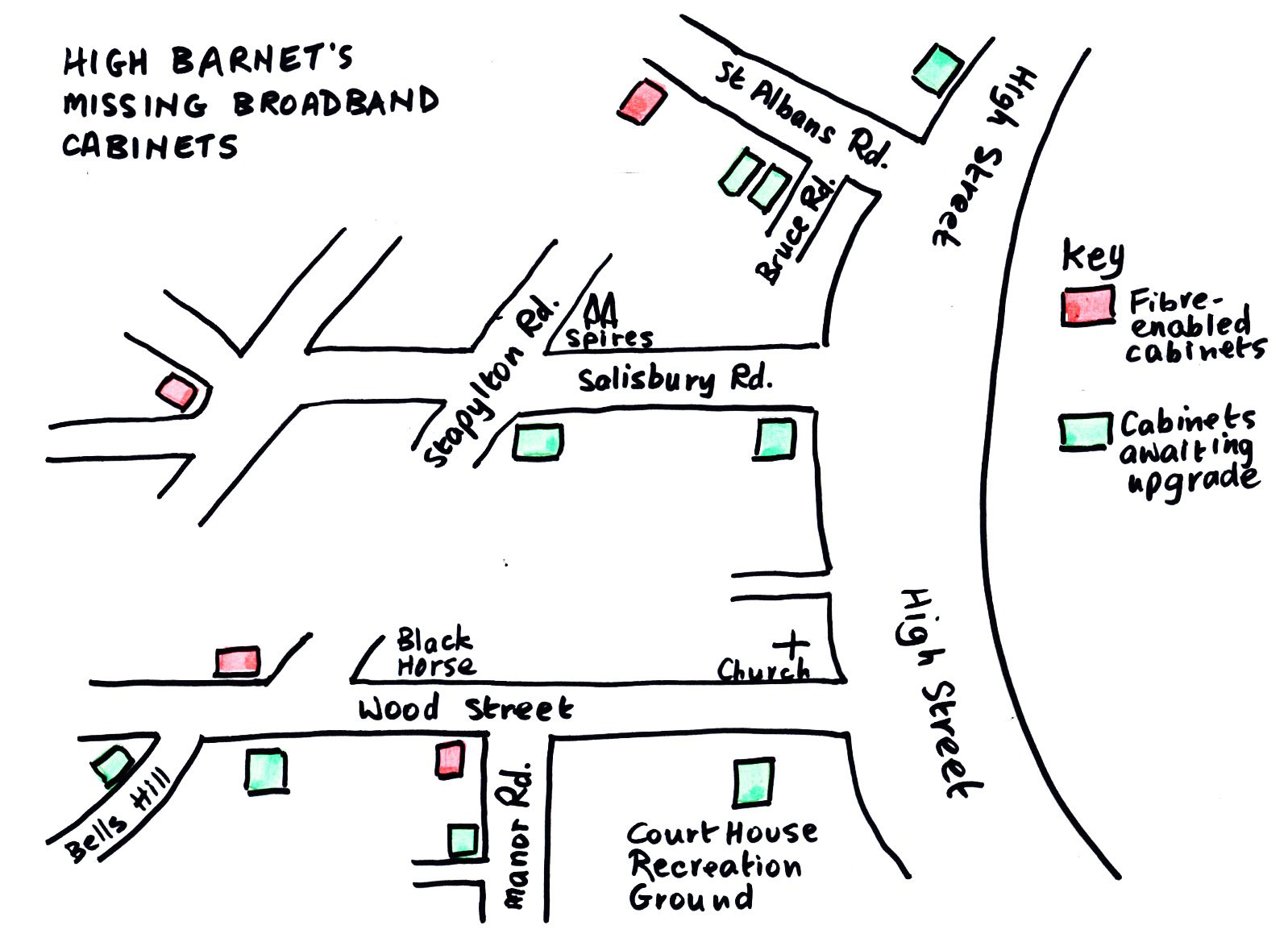 Around half the “sister” cabinets required for High Barnet were installed about three years ago but because of objections the rest were never fitted.

BT has argued subsequently that Barnet Council was to blame for refusing planning permission because some of the proposed sites were within conservation areas.

Although planning approval is no longer required, BT now offers other explanations for the failure to install the missing fibre-enabled cabinets.

In some instances pavements were said to be too narrow to take an additional kerbside cabinet and in other cases the pipes of services such as gas, electricity and water were said to be in the way.

When Mrs Villiers met representatives of BT in the House of Commons in February she was given an assurance that the company expected “93 per cent of the London Borough of Barnet to have access to fast broadband” by the end of March 2014.

BT said that fifty-five new telecoms cabinets had already been installed in the Chipping Barnet constituency.

More in this category: « MP tackles BT but is High Barnet any the wiser? Yet more BT delays »