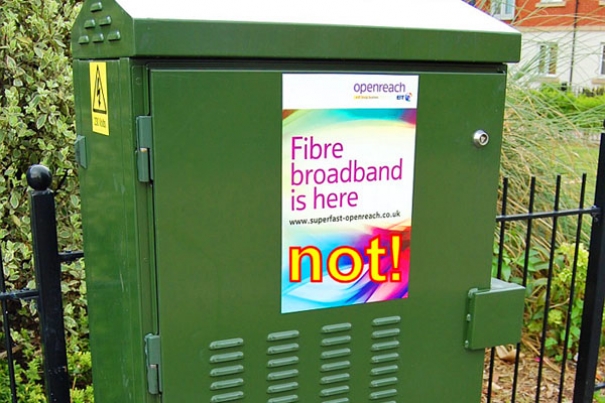 Several thousand High Barnet customers have no idea when they will get superfast broadband
Several thousand properties in and around High Barnet’s conservation area have been left without any clear explanation from British Telecom as to when – if ever – their premises will get a superfast broadband connection. Six months ago planning rules were relaxed to speed up the installation of new high-speed optical fibre broadband cabinets, but British Telecom is still telling customers that it can offer no precise timescale because of “delays agreeing cabinet locations with your local council”.

But Barnet Council’s planning department says the relevant permitted development legislation was amended in May 2013 and the “express permission of the local planning authority is no longer required for cabinets to provide high-speed broadband”.

Frustrated customers include many householders who desperately need a faster broadband speed because they work at home, and British British Telecom says it has no “good news”

Telecom’s continuing prevarication is causing them stress and worry.

By using their postcode and telephone number householders can enquire via www.superfast.openreach.co.uk to discover whether their premises can get a high-speed connection. But many for many High Barnet properties the message never changes:

“Sorry, fibre optic isn’t currently available at your property. . .fibre optic broadband is estimated to be in your area between October 2013 and March 2014. . . Dates may be subject to change due to factors outside our control such as; delays agreeing cabinet locations with your local council or unforeseen issues encountered during the construction of your street cabinet.” 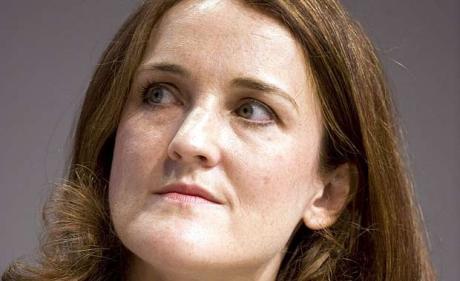 So far complaints by constituents to the Chipping Barnet MP Theresa Villiers have failed to prompt any meaningful replies from British Telecom and the general consensus seems to be that High Barnet is being punished because of its conservation area.

Three applications for broadband cabinets, including one on the High Street pavement and another in Wood Street, were refused by Barnet Council in 2012 on the grounds they would have “an adverse impact on the conservation area”.

Since then no fresh applications have been made and those areas of High Barnet without a high-speed connection appear to have gone to the back of the queue in British Telecom’s roll out of superfast broadband.

To add to the confusion one group of Barnet residents have been told that a broadband cabinet in the High Street has now been “removed from the upgrade programme” because a concrete base and connecting ducts cannot not be installed due to the presence of other underground services such as gas and electricity.

Therefore British Telecom says it has no “good news” for the occupants of up to 400 premises and homes around the junction of the High Street and St Albans Road; at present the company says it can offer them no date for a broadband connection.

British British Telecom says it has no “good news

In response to a request from the Barnet Society, Councillor David Longstaff has obtained an assurance from council officials that the borough is no longer to blame for any delays as council approval is no longer needed.

Councillor Longstaff is asking the Barnet Society to indicate how it would respond to the installation of more pavement cabinets within the High Barnet conservation area.

“This is a conundrum for residents as the conservation area is extremely important, but then falling behind in the technology stakes is equally troublesome and frustrating. The law has now changed and it is up to British Telecom to pursue.

“I would be keen to hear the Barnet Society’s views on putting boxes in the conservation area?”

The conservation area is in three sections: one goes north along the High Street from the police station, includes the parish church, and then extends west along Wood Street and almost reaches the Arkley public house; the second heads north from the market, along the High Street and takes in Monken Hadley and Hadley Wood and the third is the extension of the Monkey Hadley conservation area to the Cock and Dragon pub in Cockfosters. 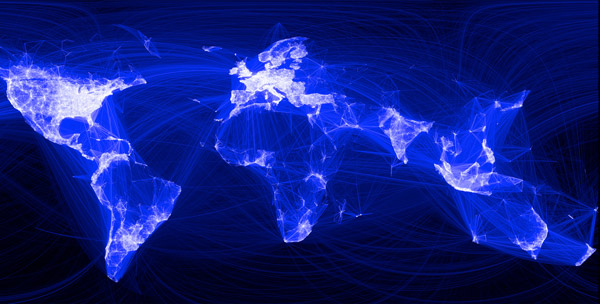 British Telecom has estimated that by the spring of 2014 superfast broadband should be available to 25,000 premises served by the Barnet telephone exchange.

“This is some 90 per cent of the local premises . . .We continue to review locations that can’t have fibre access and with technological advancement, there may be scope in the future to deliver high-speed services.

“Delivering fibre broadband is technically challenging and sadly, we do get a relatively small number of cabinets that we’re unable to upgrade despite our best efforts.”

Are you one of the unlucky ten per cent of High Barnet householders for whom superfast broadband is going to be a distant dream?

Did you know that even the residents of a London borough might well lose out from British Telecom’s investment?

The Barnet Society would welcome your comments and your views on the possible positioning of broadband cabinets on pavements within the conservation area.

There is a similar cabinet to the one illustrated in Wood Street next to the bus stop opposite the Black Horse public house.

More in this category: MP tackles BT but is High Barnet any the wiser? »