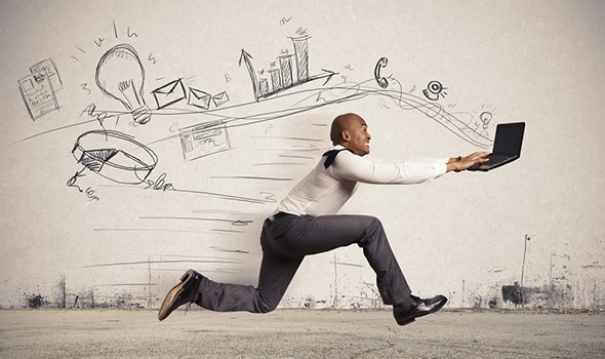 Superfast broadband for Barnet
A possible scheme to deliver superfast broadband to High Barnet via a wireless network was greeted enthusiastically at a meeting of local residents, many of whom offered immediate pledges towards raising the £16,000 needed to fund the installation.

County Broadband, of Aldham, Essex, has ten years’ experience in supplying superfast broadband to rural communities, often via masts on church towers or steeples, or other high buildings.

James Salmon, one of the company’s project engineers, told a packed meeting at Alston Chapel, in Alston Road (12.11.2015), that a survey of the area had shown that for an initial start-up investment of £16,000 it could supply superfast broadband to 360 homes and businesses in High Barnet.

Depending on demand, the infra structure supporting the service could easily be extended, and Mr Salmon believed a wireless network would not only meet the needs of the 3,000 properties in High Barnet that do not currently have a superfast connection, but also provide far faster speeds than are being provided at present by British Telecom and other service providers.

Ken Rowland, co-ordinator of the Fibre4Barnet campaign (This email address is being protected from spambots. You need JavaScript enabled to view it.), who organised the meeting, said he was overwhelmed by the response. “I expected a dozen or so people, and we had over 40. It was standing room only.”

It was standing room only

Mr Rowland was also delighted by the response towards raising the £16,000 start-up cost, a sum that County Broadband would repay once the scheme was up and running and householders had signed up.

Within a few minutes a total of £1,000 had been pledged, including one promise of £500, and that was in addition to an earlier pledge of a loan of £2,500.
Mr Rowland said the aim now would be raise the full amount by crowd source funding.

“We know there are countless householders and businesses in the area around the High Street, St Albans Road, Stapylton Road and Alston Road, to name but a few, who are desperate for a superfast connection, so I am sure we can raise the money.