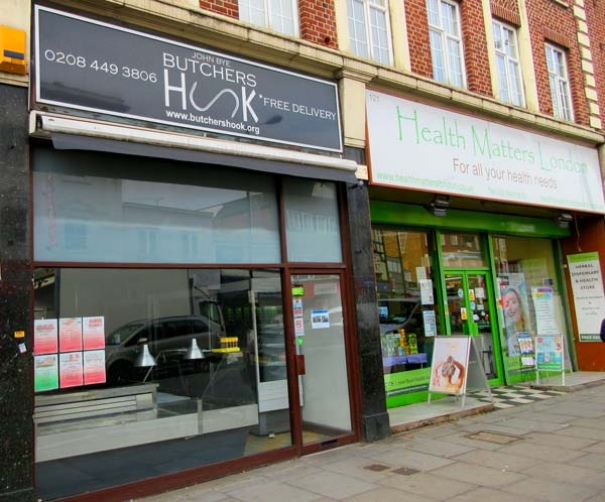 Butcher's Hook, was the last bucher's shop on the High Street
End of an era.  Butcher’s Hook, the last remaining butcher’s shop in High Street, Barnet, has ceased trading and the premises are for sale or to let.

The former proprietor, John Bye, was the trader with the longest family association of shopkeepers in the High Street, being the seventh generation in a long line of North London family butchers dating back to the 1840s.

Butcher’s Hook opened in 2011 at 119 High Street when Mr Bye took over from W.T. Parish, a butcher’s shop originally established by the Williams Brothers in the 1960s.

Back in the 1890s, High Barnet shoppers had the choice of eleven butchers and a great variety of other trades and businesses.  See here

More in this category: « Delay to High Street redevelopment Rehearsing for Christmas Fayre »