Building on the fringe 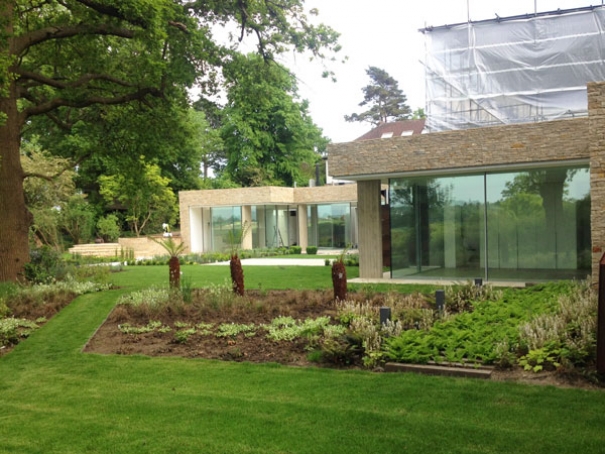 Similar house design to the proposed 105 Camlet Way Robin Bishop
Green Belt surrounds Chipping Barnet on three sides, and the Barnet Society was founded in 1945 to protect it.  As London grows, we believe it – and the natural landscape adjoining it – is likely to be even more appreciated.  But while the Society’s default setting is to oppose any development on or next to it, we won’t carry weight if we blindly oppose any change; and if a proposal meets the highest design and sustainability standards, we welcome it.

Use and abuse of the Green Belt.  Two contrasting cases highlight the threats and opportunities that exist, one at each end of town. 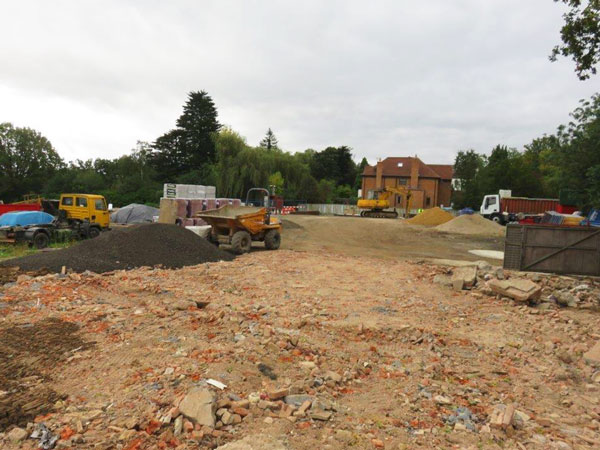 The first is in Arkley, where planning permission was granted nine years ago for a two-storey mansion with basement at Parklands, 56 Hendon Wood Lane.

It was to sit on the footprint of a former house, so was not especially controversial. It was vaguely Queen Anne in style, which is par for the course in Barnet.

An amended design including an attic floor was approved in 2008, and construction began on the basement shortly afterwards, but soon stopped.

However the main issue concerns the field adjoining it, over a hectare in size, which is owned by the developer.

This lies within the Green Belt beside the Dollis Brook, and is contiguous with the ancient wild-flower meadows that used to fatten the livestock sold at Barnet Market.

Since the original planning application, the field has been used by a builder for what looks like a waste tip.

It has been driven over and parked on by heavy vehicles, littered with skips and building materials, and partly dug up. 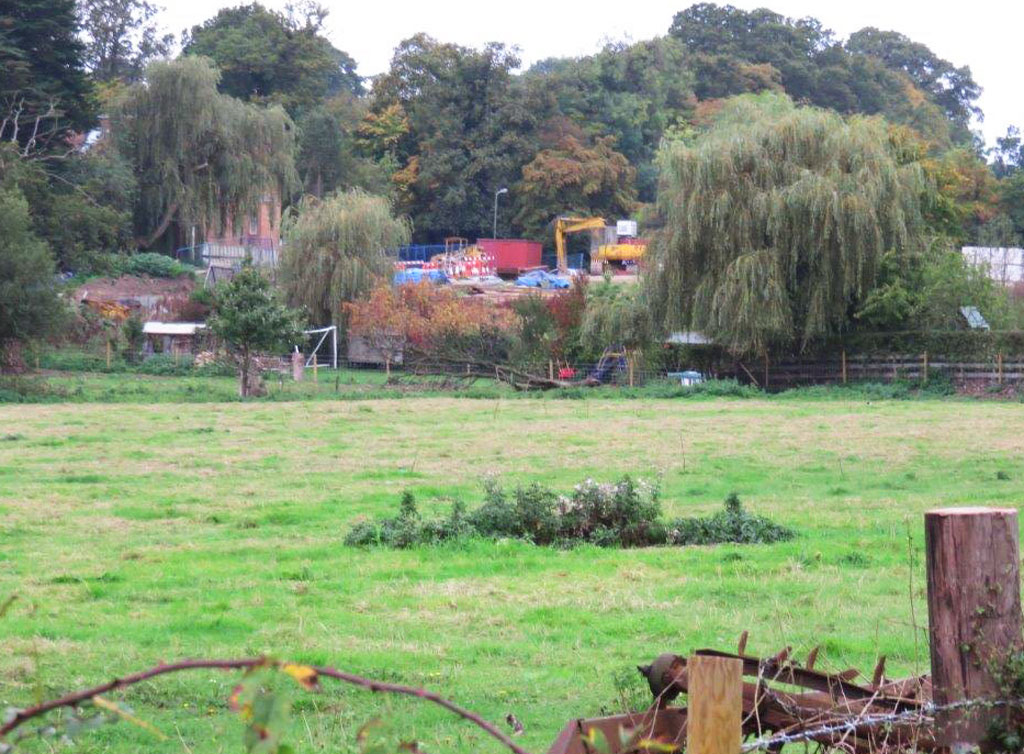 It has been screened off from Hendon Wood Lane by an unsightly hoarding, but is quite visible from Barnet Gate Lane.

In short, a piece of the Green Belt has been reduced to an absolute eyesore – in complete contravention of planning law.

Although neighbours have been drawing the attention of Barnet planners to this abuse for years, nothing has been done despite the intervention of our MP. (This, unfortunately, is also par for the course with our Council).

If the situation continues, the landowner may acquire the right to keep it as wasteland: if so another valued bit of Green Belt will have turned brown, become prime building land – and could make a huge profit for its owner.

Meanwhile, in Hadley, planning permission is being sought for a project with a very different approach to the Green Belt. 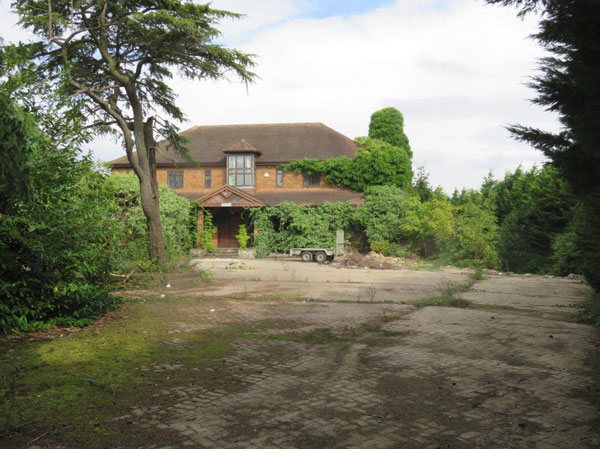 At 105 Camlet Way, a nondescript two-storey 1980s house is set back out of sight of the road.

It is within the Green Belt and Monken Hadley Conservation Area. The intention of the local developers is to demolish and replace it with two new two-storey houses, but by stepping down the hillside only a single storey would be visible from the drive.

Their combined floor area and footprint would be slightly less than the demolished house, so the net effect would be to reduce their impact.

The setting – currently dominated by high Leylandii hedges – would be enhanced by new indigenous planting.

Some ten hectares of adjacent land is in the same ownership, and was used as a tip by a previous owner. 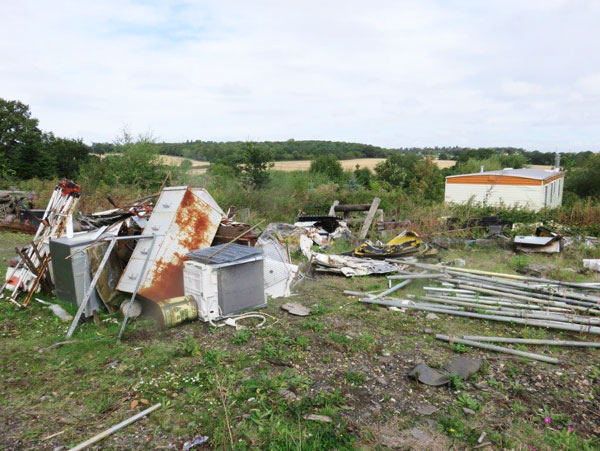 There are long-term plans to clean it up and restore it to agricultural use.

The building design is based closely on another new house, being completed by the same developers for their parents, further along Camlet Way.

This was recently visited by Society Committee members, who were impressed by its unobtrusive design quality.

Cut into the hillside, it is invisible from Camlet Way, and barely visible from Wagon Road in the Green Belt beyond.

It has extensive glazing, drystone walls and sensitive landscaping, and also meets high targets for energy saving and carbon reduction.

Though clearly not a cheap development, it has been executed with care and discretion.

We have been assured that the design for 105 Camlet Way will be to equally high standards.

If borne out by the planning application, it will prove that excellent contemporary design can be sympathetic to – even enhance – Chipping Barnet’s green fringe, and the Society would support it.