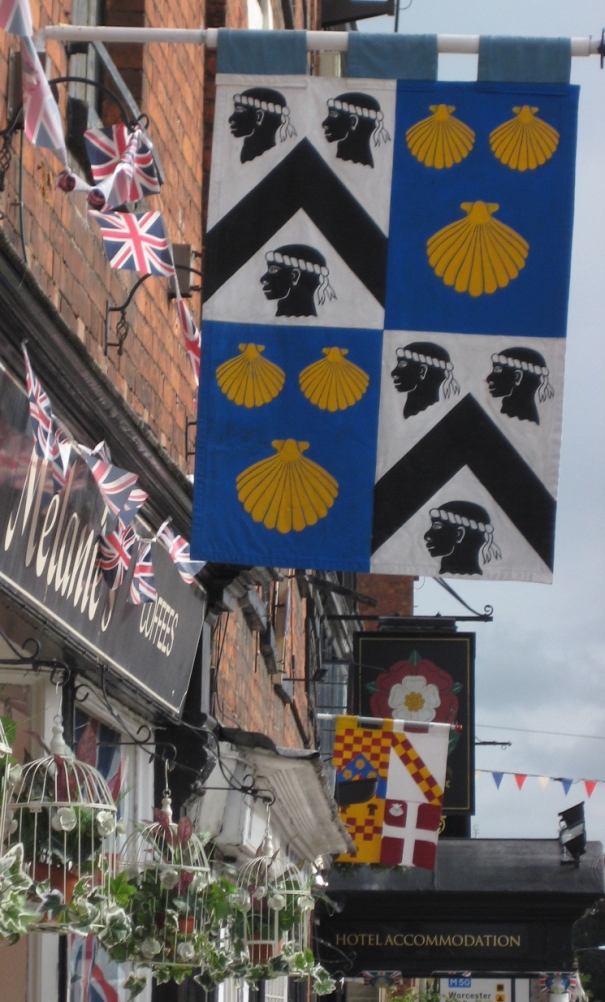 Banners similar to those displayed in Tewkesbury could be seen on Barnet's High Street
Decorating the High Street with the banners of medieval noblemen might be one of the ways to celebrate the anniversary of the Battle of Barnet of 1471 if support can be obtained from the Heritage Lottery Fund.

An archaeological survey of land in and around Wrotham Park is due to start in September to determine the precise site of the Battle, one of the grisliest of the Wars of the Roses. 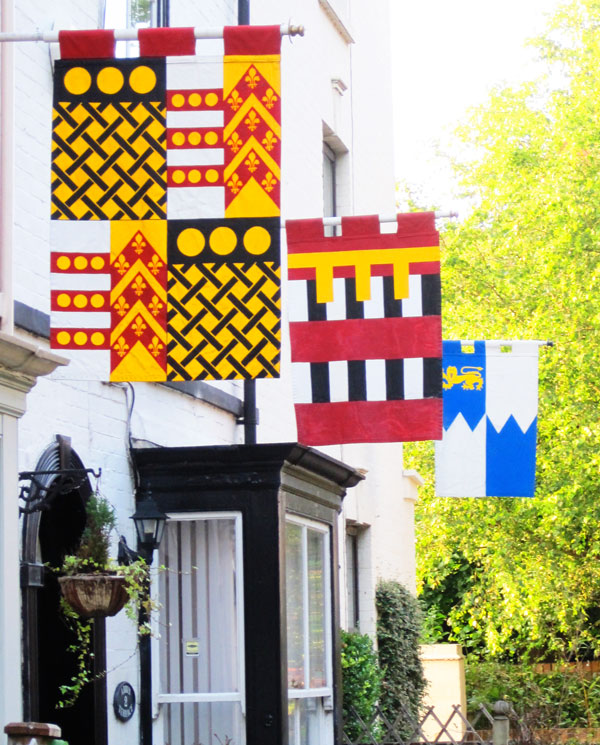 Tewkesbury bannersEach year as part of the celebrations to mark the anniversary of the Battle of Tewkesbury the town’s main streets are decorated with over 100 medieval banners, and the Battlefields Trust hopes that Barnet can follow Tewkesbury’s example.

A formal submission for financial backing has been prepared by the Battle of Barnet Project, the local group formed to supervise the survey and excavation work to be carried out by military archaeologists from Huddersfield University.

Ideas and proposals for promoting a wider understanding and appreciation of the Battle of Barnet include encouraging schools, community groups and local residents to research the coats of arms of the noblemen and titled families that fought in the battle so as to recreate the battlefield banners.

The Battle of Tewkesbury was fought just south of the town on 4 May 1471, almost a month after the Battle of Barnet on 14 April 1471, and Tewkesbury’s annual medieval festival and battle re-enactment sees the town bedecked with banners produced by local volunteers.

Andrew Lawrence, of the Tewkesbury Battlefield Society, says that the town’s shops and businesses do all they can to support the annual medieval festival and battle re-enactment.

The Battle of Barnet Project logo“As well as banners produced by local volunteers, lots of the shops have displays linked to the Wars of the Roses.

“Our volunteers really enjoy our weekly banner painting sessions, and take pride and satisfaction in producing a display that brightens up the town.

“Good luck with Barnet’s application for funding and your efforts to promote the Battle of Barnet.”

Some of Barnet’s roads bear names from the Battle, such as Lancaster, Gloucester, Warwick and Leicester, a link that could perhaps be enhanced with banners commissioned and produced by local residents.

The task of preparing a submission to the Heritage Lottery Fund for financial assistance for the Battle of Barnet Project has been led by Barnet Museum, with the support of the Barnet Society and the Battlefields Trust.