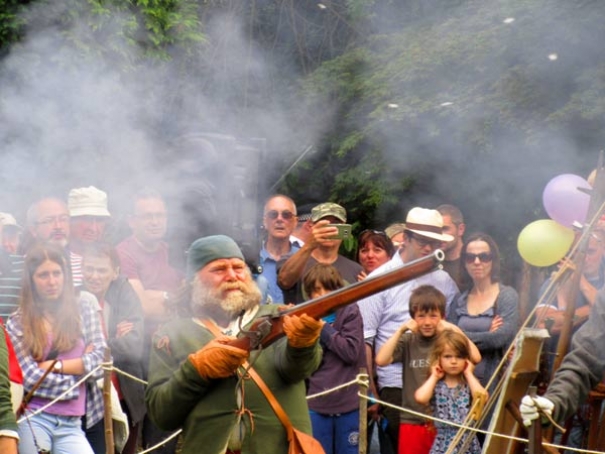 Gun shots rang out, and clouds of smoke filled the Old Court House recreation ground behind Barnet Museum, as crowds of visitors and children were treated to a display of medieval firearms and firing. 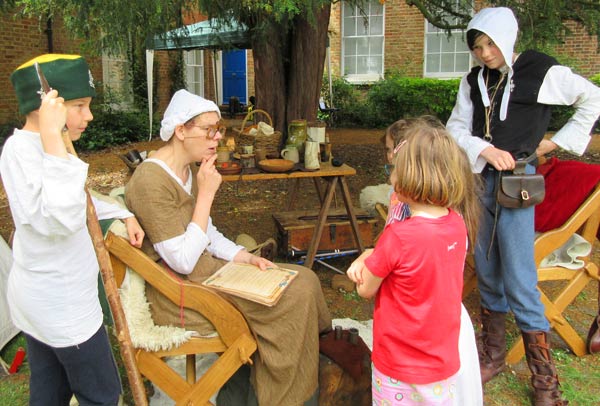 Debra Murray of the Medieval Siege Society had a captive audience as she described medieval money and customsBarnet Police were on hand to ensure that by-standers kept well clear, and to reassure any local or neighbours who might be concerned at hearing gun shots.

Over a 1,000 visited the festival (11.6.2017) which included a variety of displays by the Siege Society, ranging from food preparation and tasting to wood carving and chopping, and other re-enactments.

Among those in costumes of the period were members of the Richard III Society and Barnet Museum trustee, Mike Noronha, who became a Plantagenet king for the afternoon.

More in this category: « Barnet’s link to the The Crown Classic car show snubbed by Spires »