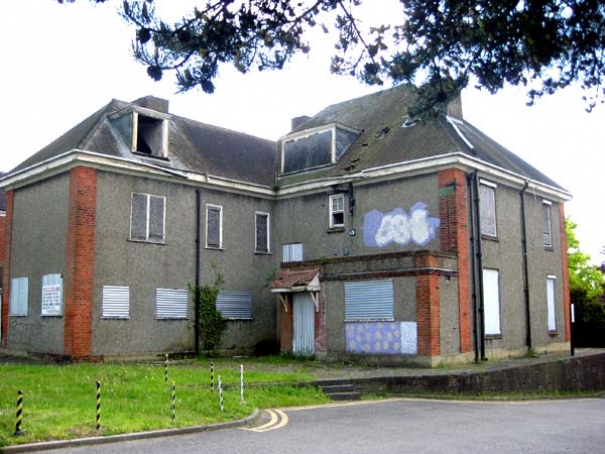 A feasibility study by the North London Estate Partnerships should be completed by the end of May and will recommend options for the possible use of the buildings and site for “healthcare, housing, or other appropriate options”.

Mrs Theresa Villiers, the Chipping Barnet MP, says one option could be to demolish the existing buildings and open a new GP surgery on the site.

“I would hope that any plans for a new GP surgery will be closely discussed with GPs to avoid a repeat of the problem which occurred with Brunswick Park Health Centre that was left unused for a long period.

“I will keep up the pressure to see the Marie Foster Home site used appropriately in a way which is in keeping with the historic surrounding area in High Barnet.”

In a statement on NHS Property Services’ website www.property.nhs.uk its London regional director Tony Griffiths says the aim is to redevelop the site “to benefit the local community”.

“One of our company’s clear priorities is to identify surplus sites and dispose of them in a way that achieves best value for local people, the taxpayer and the NHS.

“It is too early to say how the Marie Foster site will be redeveloped, but we look forward to seeing the options the North London Estate Partnerships comes back to us with following the feasibility study.”

NHS Property Services says the Marie Foster site, which includes both the three-storey former nursing home and the single-storey former inpatient unit, has been empty since 2011; but this skates over the reality of a sorry tale of neglect and inaction by the relevant health authorities.

A decade ago the former nursing home was still a fine, intact building, but it was left to rot; roof tiles are missing and its walls daubed with graffiti.

Barnet Society members have made countless complaints about the failure to use the home and have long considered its boarded-up, derelict state an affront to High Barnet’s conservation area.

Mrs Villiers says on her website www.theresavilliers.co.uk that it is regrettable the Marie Foster buildings have been unused for so long. She had been urging NHS Property Services take action and welcomed the possible option of using the site for a new GP surgery.

NHS Property Services has made no mention of its plans for another eyesore, the fire-ravaged former nurses’ home further along Wood Street, opposite the Arkley public house.

A decade ago the former nursing home was still a fine, intact building, but it was left to rot; roof tiles are missing and its walls daubed with graffiti.

A large block of flats that once provided accommodation for nurses at Barnet Hospital has long been another scandalous example of a wasted public building. 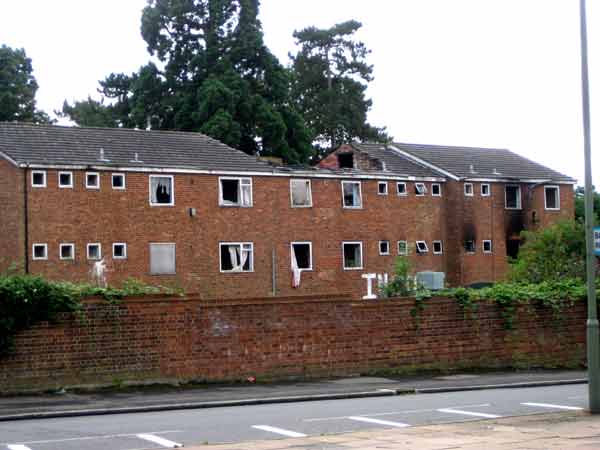 Former nurses homeRagged blinds blow from the smashed window frames; part of the roof has collapsed in on itself; outer walls are blackened by fires; and the graffiti is a shocking reminder of years of neglect.

A year ago Jeremy Hunt, Secretary of State for Health, told Mrs Villiers the Barnet and Chase Farm Hospitals NHS Trust was “in the process of establishing whether the site of the nurse accommodation at Arkley should be retained or disposed of”.

Mrs Villiers has again repeated her undertaking to continue to pursue the NHS to make a decision on the future of the derelict building.