Care home to replace Barnet’s blot on the landscape 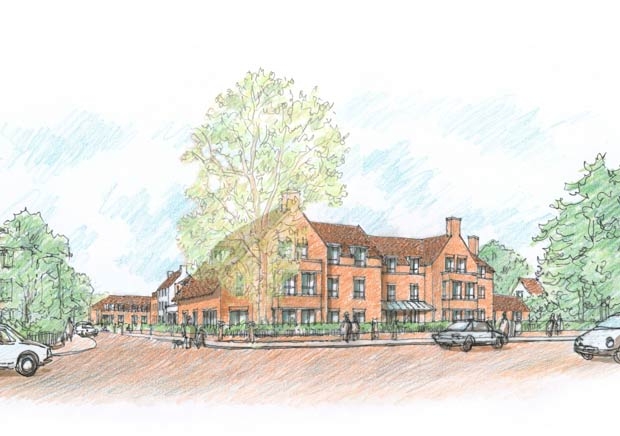 Image of new care home’s main entrance in Cattley Close Courtesy of PRP Architects LLP
A planning application has now been submitted to Barnet Council for a large-scale private care home for the elderly on the Marie Foster site in the heart of the Wood Street conservation area.

The three-storey building, which would have its entrance in Cattley Close, would offer a mix of 100 places ranging in size from en-suite studios to one-bedroom apartments, suitable for couples, and also separate dementia-care suites.

Signature Senior Lifestyle claim the new home would free up around 30 under-occupied family homes a year within four miles of Wood Street as elderly residents downsize, and in addition create up to 120 full and part-time jobs. 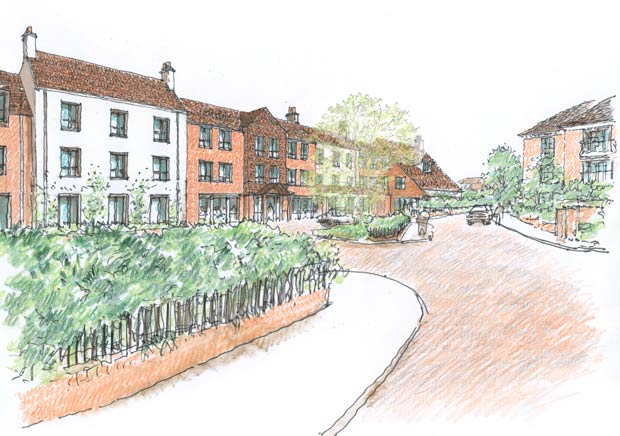 Wood Street frontage - courtesy of PRP Architects LLPIf the new care home is approved, it will lead to the demolition of Barnet’s worst blot on the landscape, the near-derelict former nurses’ home which has been empty for years, and also the adjoining Marie Foster Centre, which was the first purpose-built home in the country for young people suffering from multiple sclerosis when it was opened in 1973.

The new home, which would have a lower ground floor at the rear, would include a café and bistro, hairdressing salon, cinema room and a larger activity room.  At the rear there would be a 50-space car park for visitors and staff.

Suites and apartments will be available for rent on a monthly basis, and the rent will include meals, snacks, housekeeping, laundry and utility bills.

Signature say the average age of residents in their homes is 85 and the average stay 2.5 years.

Most residents come from with a 20-minute drive and the opening of the new home would immediately release up to 100 family homes within the area.

In its planning application, Signature state that the home has been designed to be in keeping with the surrounding conservation area. Elevations have been stepped to break up the façade and a mixture of high-quality brick and through-coloured render would be used. There would be a mixture of pitched and cat-slide roofs.

Placing the main entrance in Cattley Close would result in the removal of the entrance in Wood Street, but the development would retain the existing open space in front of the new care home.  A majority of the mature trees would be retained and protected during construction.

The proposed building respects its setting...

“Signature and their architects have consulted us and local residents on their proposals at every stage and have modified their design in response to comments.  “The proposed building respects its setting, neighbouring houses and the needs of its occupants unusually sensitively.

Our Vice President David Lee is scrutinising the landscaping, but we are likely to support the proposal.”

Barnet Council are inviting your comments until Friday, 2 November. The application (reference no. 18/5926/FUL) can be viewed on its planning portal: https://publicaccess.barnet.gov.uk/online-applications/