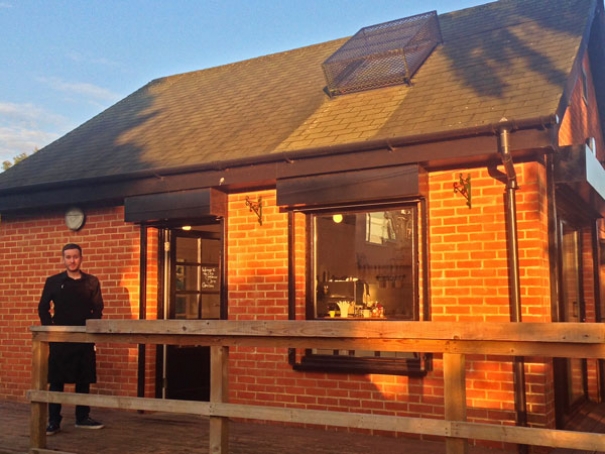 The Old Court House Café in the recreational grounds
After a lengthy closure the Old Court House recreation ground has a functioning café once again. A new tenant has reopened the business after a major refurbishment and is hoping that High Barnet will embrace the café culture that has proved so popular at Trent Park in Cockfosters and at Oak Hill Park in East Barnet.

In recent years visitors to the children’s playground, which is such a well-loved attraction at the Old Court House park, have looked in vain when hoping to purchase refreshments.

The café had presented a sorry sight, and the enclosed garden that surrounds it, was neglected and overgrown

....hoping that High Barnet will embrace the café culture that has proved so popular in other locations... 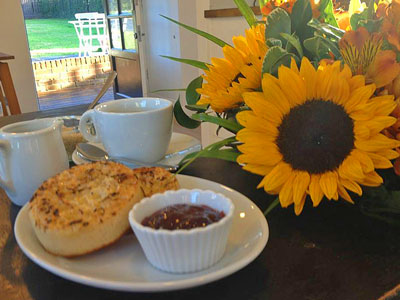 Opening 26th OctoberNow the building has been refitted, the lawns cut and the new proprietor Ms Sophia Tufail is hoping to install additional decking to extend the outside seating area.

Her long-term plans for the café include the possibility of obtaining a licence to stage outdoor events such as the occasional hire of a bouncy castle for children or perhaps small concerts in the summer months.

If planning permission can be obtained, and Barnet Council offers support, the café might be extended to include toilets for use by the public as well as customers.

Ms Tufail said that she hoped it might be possible eventually to follow the example of the Oak Hill Park café and obtain a licence to serve alcoholic drinks with meals.

The refurbished café will be officially opened by the Mayoress of Barnet Councillor Wendy Prentice on Saturday 26 October.