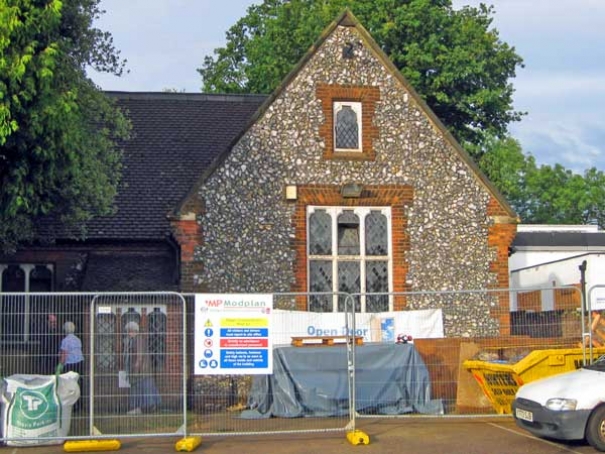 Christ Church School is being extensively renovated to provide a drop-in facility for the elderly
After raising the staggering sum of half a million pounds, work has started on the first phase of an ambitious project to transform what was once Christ Church School into a drop-in facility for the elderly and a centre for the benefit of the wider community.

The flint-faced former schoolhouse, erected in 1844, was originally used for religious services while Christ Church was being built and, together with the adjoining Pennefather Hall, the three buildings constitute a much-loved feature of the St Albans Road townscape, at one of the main approaches to High Barnet.

Repairing and refurbishing the interior of the former school, while preserving the exterior, is being done in phases. A further £1 million will have to be raised to complete the project.

Christ Church School has had a chequered history: for many years it was under local authority ownership, and was then used by the Red Cross, until it became surplus to their requirements ten years ago, when Christ Church launched its Open Door Appeal (This email address is being protected from spambots. You need JavaScript enabled to view it.) to purchase the empty building for £330,000 and begin the conversion. 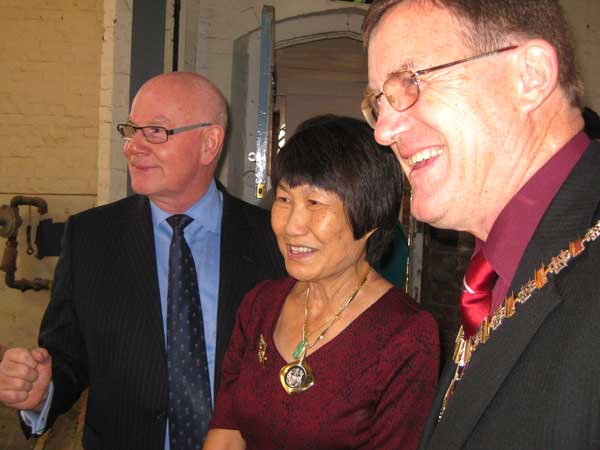 The Mayor of Barnet, Councillor Hugh Rayner; his wife Susan; the Leader of Barnet Council, Councillor Richard Cornelius; and Martin Russell, Deputy Lord Lieutenant of Greater London, were among those who attended an evening reception to publicise the project and help widen the appeal for funds (7.7.2014).

Guests were shown the progress so far: much of the former interior has been gutted, a new floor has been laid and the steelwork installed ready for the erection of a new second floor at a later date.

Ownership of the former school is now in the hands of the John Trotter Trust, whose trustees are all members of Christ Church.

They took the name John Trotter in memory of the Victorian benefactor who lived at Dyrham Park and who founded Christ Church in 1845. (www.ccbarnet.org.uk)

The need to find a new generation of benefactors was one of the dominant themes of the evening. The Mayor promised that he personally would do all he could to encourage people to support the appeal and he hoped Barnet Council would be able to work with Christ Church to fulfil its far-reaching plans to help provide a new facility for the elderly.

Richard Cornelius stressed the importance of the voluntary sector in helping the elderly to continue living at home. Barnet had the second highest number of centenarians of any London borough; more people over 90 than any other London borough; and more over 65 than any borough apart from Bromley.

“We do have to save a lot of money from the council budget. We have had to take 30 per cent out of the budget and we will need to take a further 20 per cent out. 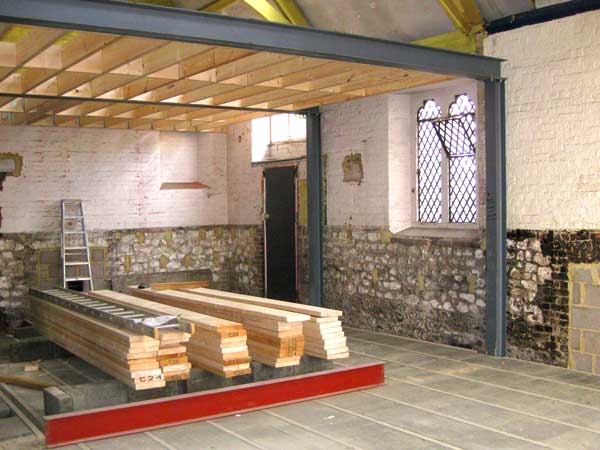 “Therefore the longer we can keep people at home the better, and we have sought to do that in Barnet. As the state draws back, it will be voluntary organisations that will have to step up and meet the challenge.”

David Parry, chairman of the John Trotter Trust, recalled how Christ Church had seized the opportunity to purchase the school from the Red Cross in 2012 in the hope that the building could be used to extend the activities that the church offered for older people.

The aim was to provide a daily drop-in centre for the elderly, together with rooms and facilities that could be used by local organisations.

Planning permission had been obtained for the entire project, including the installation of a second floor. “We have the vision, and if we had the money we would do all the work now, but we aim to do each phase of the work as the money becomes available.”

So far £554,000 had been raised since 2010, three-quarters of which had been raised from members of Christ Church. The current estimate was that £1.8 million would be needed over the next five years to complete the project.