The changing face of Chipping Barnet 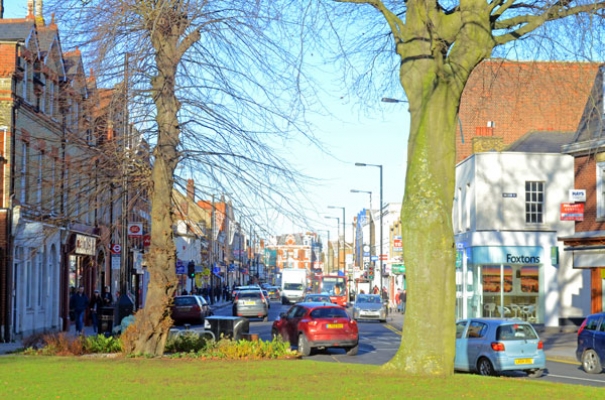 Barnet High Street
Like much of the south-east of England, Chipping Barnet is seeing a rapid rise in home extensions and offices being converted into flats.  An easing of planning restrictions has given home-owners and property developers greater freedom.  But are large home extensions an intrusion for neighbours? Will more flats instead of offices change the character of the town centre?

I am Robin Bishop, and I lead the Barnet Society’s planning team.  This is my assessment of the changes that are taking place inorder to prompt an informed debate.

There was a surge in planning applications for home extension in Chipping Barnet in 2013, first noted in our Newsletter last August.   And there has also been an increase in the conversion of shops and offices to residential use, particularly since the government relaxed planning rules last April.

The implications are both good and bad – and certainly worth debate.  As chair of the Society’s Planning and Environment Committee, I monitor all planning applications in High Barnet and Underhill wards, and have done some amateur analysis.

Up till the middle of June, around 65 applications for extensions – front, side, back and roof (and combinations thereof) – were submitted.  Between then and the end of last month 133 were made, an increase of some 75 per cent.  They included 22 proposals for extensions longer than was permitted prior to the April planning relaxations (the previous limit being 3–4 metres, depending on the type of house).  In one case, an extension of 8 metres long is proposed.  There was also one application for a basement extension.

But the evidence of powerful and rising demand for housing, even in our relatively quiet corner of London, is plain, and prompts serious questions.

These extensions won’t add to Barnet’s housing stock unless rooms are rented out, but they presumably add value to the houses, and will certainly create much-needed work for local builders.  But particularly in streets with narrow frontages, long back extensions are proving very controversial with neighbours, due to overshadowing and overlooking of gardens.

Fifty-odd new flats won’t go far to meet demand in Barnet, where the Mayor’s revised London Plan is likely to require at least 3,000 new homes per year over the next ten years. If the trend continues, however, it could make quite a difference to the character of our town centre.

I haven’t counted how many applications have actually been approved, which would also be interesting.  But the evidence of powerful and rising demand for housing, even in our relatively quiet corner of London, is plain, and prompts serious questions.

For example, existing homeowners will benefit from rising house prices, but where will young people and families – and, increasingly, elderly singles or couples – be able to live in Chipping Barnet?  And while new town-centre flats, and the social vitality they bring, would be an improvement on vacant shops and offices, do we want to say goodbye to the High Street as we remember it, as well as losing the opportunities for start-up businesses offered by cheaper commercial premises?

What do you think?  The Society welcomes your comments, to help us campaign for a better Barnet.