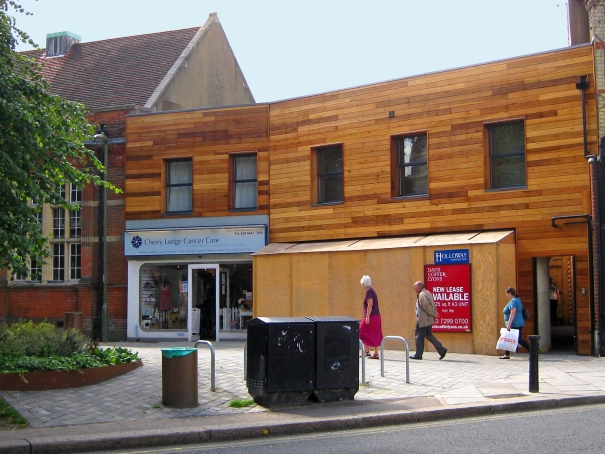 The building in Church Passage
A planning inspector has now been appointed to consider the objections made by the Barnet Society and other local groups to the installation of unauthorised timber cladding above retail premises in Church Passage, in the heart of the High Barnet conservation area.

The objections were made when the owner of the former cafe and shop appealed against Barnet Council’s enforcement notice, which required the removal of the wooden cladding which had been fitted without planning permission.

It is now up to an inspector from the government’s Planning Inspectorate in Bristol to consider both the owner’s appeal and the objections by groups such as the Barnet Society and the Barnet Residents Association.

A final decision might not be announced for several months, possibly not until mid-to late March.

Rarely have local groups spoken so clearly and with one voice in calling for the removal of the timber cladding which they regard as the “most serious and conspicuous” threat to the appearance of the conservation area.

In its objection, the Barnet Society said the Church Passage premises were part of “an attractive sequence of buildings that perform an essential role defining the north-western side of the churchyard”.

The Church of St John the Baptist and the churchyard were what remained of the historic heart of Chipping Barnet, dating from 1292 or earlier.  As the church itself was the landmark most visible to every traveller turning into High Street from Barnet Hill, the cladding was “inappropriate and detrimental”.

While the wait goes on for a decision from a planning inspector, the Society is determined to keep up the pressure for the removal of the cladding and an end to such a “flagrant breach” of the conservation area.

In many ways this has become something of a test case of the conservation area policy; several other infringements have not been rectified, despite the enforcement procedures of Barnet Council, so local groups insist that this time the planners must show they can deliver.

Representation by The Barnet Society

The Barnet Society strongly objects to the recent unauthorised recladding of no.1 Church Passage, both in principle and because of its inappropriate and detrimental execution.

St. John the Baptist’s Church and churchyard are what remains of the historic heart of Chipping Barnet, dating from 1292 or earlier.

No.1 Church Passage is one of an attractive sequence of buildings that perform an essential role defining the north-western side of the churchyard. After the Church itself, it is the landmark most visible to every traveller turning into the High Street from Barnet Hill, the main approach to the town centre.

The recladding is a flagrant breach of this policy, which was adopted in July 2007. It is supported by the Council’s Wood Street Conservation Area Character Appraisal Statement, which is illustrated by a photograph of the building in question at that date: 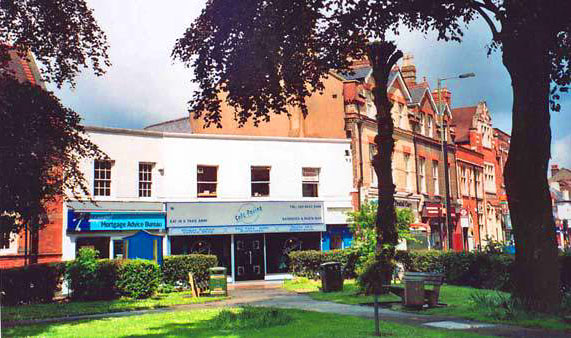 This is the most serious and conspicuous of a number of infringements that have occurred in the Conservation Area in recent years – several of which, despite enforcement procedures, have yet to be rectified.

Unless a stand is taken against it, the Council’s policy will be widely perceived as worthless.

The Society’s practical objections concern the inappropriateness of the materials and colour of the recladding, and their detrimental effect on the surroundings. The buildings around the churchyard, and characteristic of the Conservation Area, are mainly of warm red clay brick, flint, or render in white, cream or pastel shades. No.1 itself was originally of stock brick, another material typical of the area, as can be seen in the photograph below: 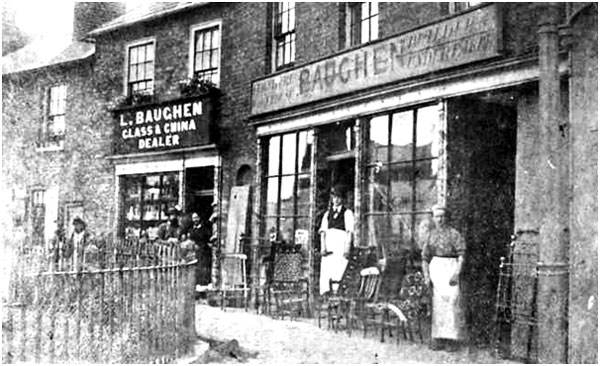 They do not include timber cladding, and where that is occasionally seen, for example in Moxon Street, it is weatherboarding, painted or stained dark.

It would certainly not have been lurid yellow/orange stripey close-boarding.

This is an unacceptably brash intrusion into the visual peace of the churchyard, and draws far too much attention to what are quite modest buildings.

It particularly harms the latter, a skilful example of Edwardian brickwork that was formerly complemented well by the simple brickwork, and later white render, of No.1 Church Passage.

The Society and the Chipping Barnet Town Team have for some years been fighting to revive the High Street area, and have encouraged selective restoration and improvement of properties as part of the distinctive appeal of this attractive market town on the edge of London.

Within the last two years, nearly £1 million has been spent on such work, which included a new canopy and signage to No.1 Church Passage – now trashed by the recladding.

A successful appeal by the owner/developer would open the door to similar – or worse – disfigurements, at just the moment when significant redevelopments are being proposed in the High Street area at The Spires shopping precinct and Barnet Market.

More in this category: « Protecting the Green Belt The changing face of Chipping Barnet »