The busy bees of Barnet 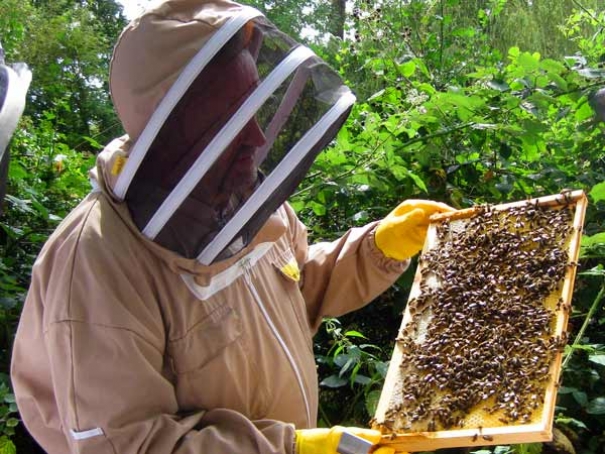 Membership has increased threefold in the last five years, and in September the Association will be celebrating the centenary of its annual honey show.

A dozen potential recruits spent Saturday afternoon (2.8.2014) inspecting hives at an open day at the Association’s apiary in High Barnet and were given a rundown of both the life history of the bee and the attractions of beekeeping. 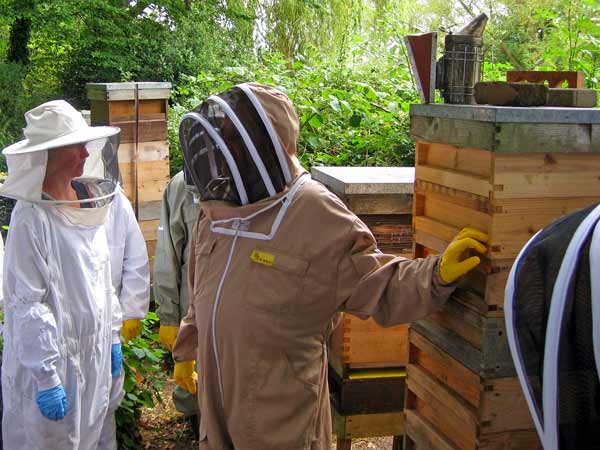 Geoff Hood, the chairman, said the Association’s membership had increased from just over thirty in 2009 to well over a hundred today and most members kept hives, either in their gardens or on other suitable sites in an area running from north of the North Circular as far as South Mimms.

New members were signing up for beekeeping courses not just for the benefit of collecting honey and beeswax but also because they wanted to help the environment and encourage pollination.

Much of Barnet’s honey is derived from oil-seed rape in the spring, brambles, lime trees and garden flowers; increasingly honey from exotic plants and trees is adding to the mix.

The security of hives and their honey is of growing concern. Within the previous week fifty pounds of honey – worth around £300 – had been stolen from hives near Arkley and hives in another apiary nearby had been disturbed.

The security of hives and their honey is of growing concern.

Steve Leveridge, the Association’s education officer, said the local bee population was in surprisingly good shape because of good husbandry and the care of local beekeepers. 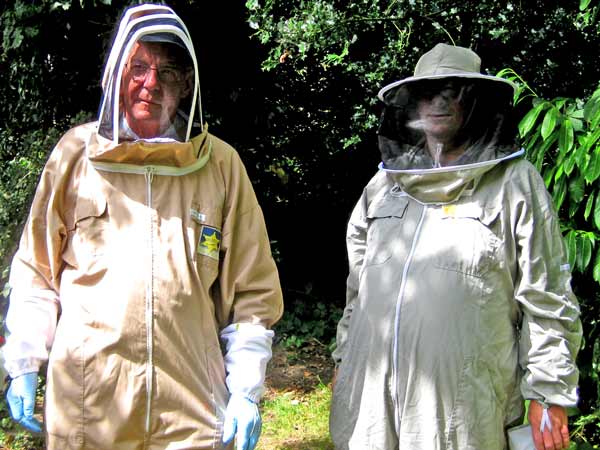 One relatively new predator is the Asian hornet and High Barnet is at risk because the M25 South Mimms service station is the first stop for many lorries arriving from the continent.

Hornets could escape from waiting lorries or when loads are being transhipped, and the High Barnet apiary is now protected by a hornet trap.

The Association was founded in 1913 by Mr Cuthbert of Mill Hill, who ran a local plant nursery and who established his first apiary on land that he owned just south of South Mimms.

The Association’s 100th annual honey show is at the Hadley Memorial Hall on Saturday 27 September (starting at 1.30 p.m.) and is due to be opened by the Mayor of Barnet, Councillor Hugh Rayner.

More information about beekeeping and membership of the Association can be obtained from This email address is being protected from spambots. You need JavaScript enabled to view it.