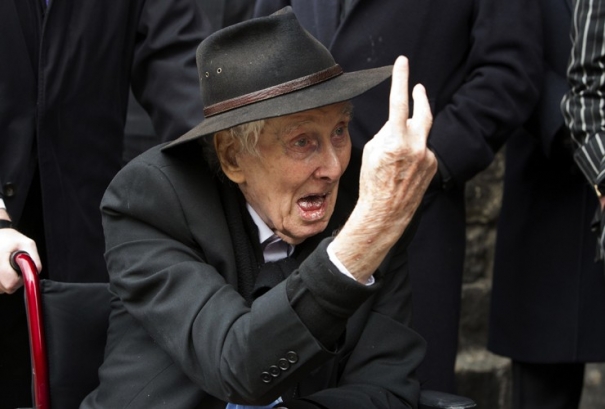 Imfamous Barnet resident Ronnie Biggs
Ronnie Biggs, who spent the final years of his life at the Carlton Court Care Home in Bells Hill Barnet, has died at the age of 84. He was released from jail on parole in 2009, shortly before his 80th birthday, after completing a third of the 30-year sentence that was imposed after the Great Train Robbery in August 1963.

He escaped from Wandsworth Prison in 1965 and after spending 36 years on the run in Spain, Australia and Brazil, finally returned to the UK for medical treatment in 2001.

....his defiant V sign at the age of 83, will probably remain of of the defining images of the final years of his life.

Handing himself in to the police became an event in itself and was all part of a publicity stunt organised by the Sun newspaper. 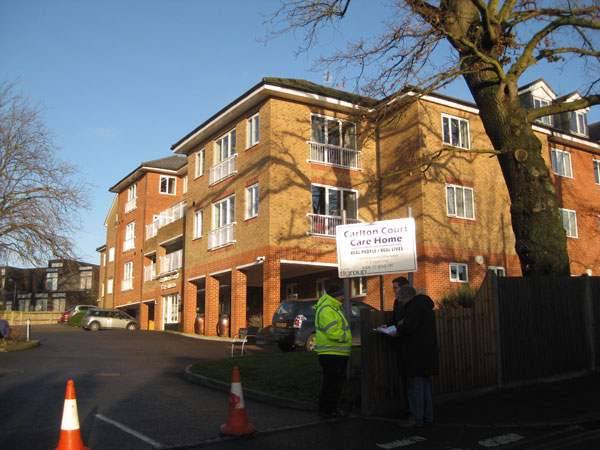 After becoming a resident at the Carlton Court home following his release from jail, he was occasionally seen in a wheelchair in and around the vicinity of Bells Hill and Wood Street and also in local shops.

By all accounts he enjoyed his celebrity status.

On the morning his death was announced (18.12.2013) journalists, photographers and television crews assembled outside the care home.

Hoping to get more information about the final years of High Barnet’s most infamous resident, but the Carlton Court refused to comment and referred all enquiries to the head officer of the TLC Group.

Ronnie Biggs’ last public appearance was in August 2013 at Highgate Cemetery when he attended the unveiling of a bust for the robbery ringleader Bruce Reynolds, who died in February at the age of 81. 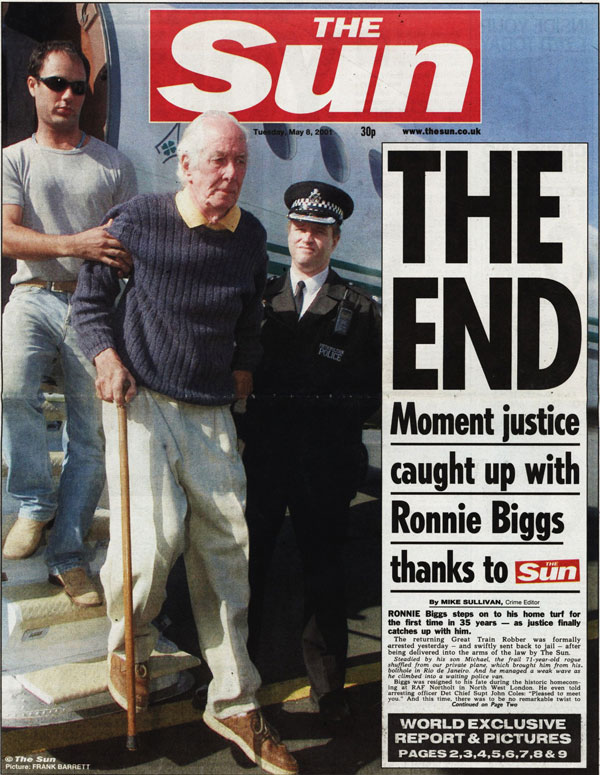 Newspaper reports of the event said Biggs, although ailing after several strokes, still had a rebellious streak; he punched the air and sported a pair of skull-and-crossbones braces.  Using a spelling board, Biggs said of Bruce Reynolds: “He set me on the adventure of a lifetime.”

Earlier in the year at Reynolds’ funeral, held at St Barthomolew the Great church in the City of London, Biggs was one of 200 mourners.  He was photographed in his wheelchair raising two fingers to the law; his defiant V sign at the age of 83, will probably remain one of the defining images of the final years of his life.

In July 2013, at an event to mark the 50th anniversary of the Great Train Robbery, Biggs had no regrets. The message he communicated through his spelling board about the night the gang escaped with £2.6 million said it all:

“I was there that August night and that is what counts.  I am one of the few witnesses living or dead to what was the crime of the century.”

More in this category: « Barnet in the fall: visit Whitings Hill The busy bees of Barnet »