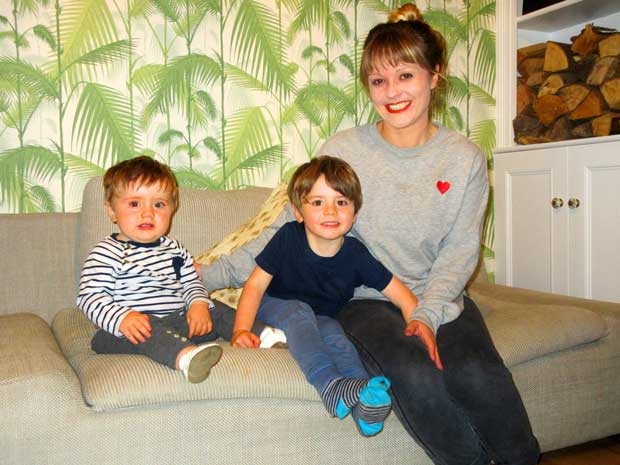 She came up with the idea of establishing a family hub – to be known as the When I Grow Up Club – because she was so disappointed by the lack of facilities for young parents in and around the locality.

A crowd funding campaign has been launched in conjunction with the Mayor of London’s annual appeal and Ms Merchant’s aim is to raise £110,00 to fit out and equip a centre that offers a play and community areas together with a café and retail space.

In the first two and a half weeks since the launch of her crowd funding appeal –https://www.spacehive.com/family-hub-barnet  – she received 290 pledges of support, the highest figure for 75 projects across Greater London that could be eligible for grants from the Mayor of up to £50,000.

Her preferred location for the club is in the High Street in a building due to become vacant shortly. Ms Merchant hopes to acquire the lease. With the landlord’s approval, she has applied to Barnet Council for planning permission for change of use to assembly and leisure use.

“High Barnet is a family-dense area and an innovative, inspiring and creative hub for families and the community will help transform the High Street which has never fully recovered from the recession.

“As a mother of two small boys – Albi (3) and Griff (1) – I know how hard it is to find safe, all-weather play areas for children and a space where families can do things together.

Ms Merchant’s first deadline is October 15 when the Mayor of London will assess the number of pledges for each competing project and will decide, after taking into account the level of support, whether the When I Grow Up Club would be eligible for a grant.

“The Mayor wants to fund projects that will really give something back to the community and since I launched the idea local parents have been so supportive in handing out leaflets and organising pledges – a pledge of just £2 is enough to count.”

If the crowd funding campaign is a success, and she is successful in securing the lease and obtaining planning permission, her aim would be to fit out the property between January and April next year.

Initial work would include a new floor, upgrading the kitchen and toilets, ready for the installation in February of a bespoke children’s play area that would be made of wood, rope and nets for climbing.

“The aim is to make it easy for young families to spend time together, with space for buggies, changing facilities and a menu in the café for healthy eating. The hub will offer creative classes, events and workshops.”

Staff and volunteers would be trained during March, and if all went as planned, Ms Merchant says the opening night launch part would be sometime in April.

“My crowd funding target of £110,000 is ambitious and if it doesn’t work out, I will be looking at other sources of funding.

“Income for the hub would come from the café and hiring out community space to local groups for sessions like yoga and art classes, and craft shops.”