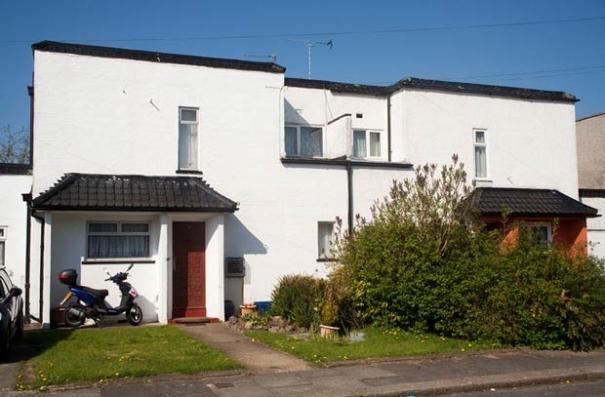 Unlike high profile local buildings such as the Everyman cinema or Ever Ready house at Whetstone, little is known about the origins of the eight pairs of semi-detached houses in Raydean Road, but the website’s creator, Joshua Abbott, thinks they are of architectural and historic interest.

“Because of its location and history as a market and coaching town, High Barnet avoided much of the ribbon development of the inter-war period.

“Many of its houses date from the late 1800s and early 1900s and were influenced by arts and crafts style of the era.

“So, this row of square, flat-roofed properties in Raydean Road, behind the Everyman cinema, are an interesting group of modernist-influenced speculative houses from the mid-1930s.

“If more information was known about the architect and developers perhaps a case might be made to see if they could be listed.”

Mr Abbott started his website in 2011 – www.modernism-in-metroland.co.uk – and it now lists hundreds of buildings in what he hopes will become a definitive guide to “art deco, modernism and brutalism in the suburbs of London”.

Among the buildings featured are tube stations, churches, schools and factories, and he says the Borough of Barnet has much to be proud of.

“Barnet has a more rural feel than many London boroughs, especially in areas such as Totteridge and Mill Hill, where much of the residential architecture is modernist.  Hampstead, Golders Green and 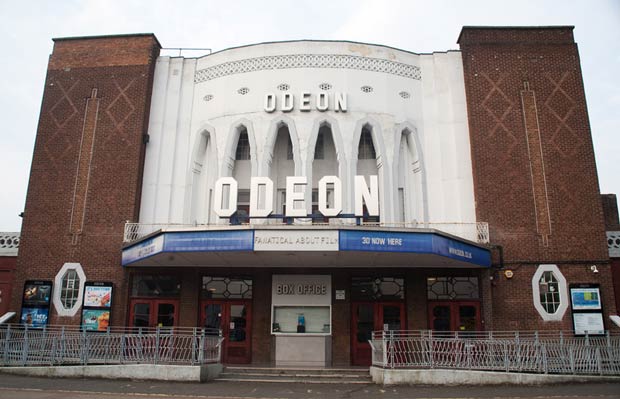 The Everyman Cinema - previously the Barnet Odeon built in 1935Hendon have great collections of inter and post-war houses.

“Libraries are another area where Barnet is distinguished with well designed examples in Edgware, Burnt Oak and Finchley.

The borough also has some great religious buildings, with many synagogues as well as churches.”

The Everyman cinema – formerly Barnet Odeon – is one of High Barnet’s prominent local landmarks. A Historic England grade II listed building, it was built in 1935 and designed by a local architect, Edgar Simmons, who designed a similar Moorish-styled cinema (now demolished) in Hertford.

Mr Abbott believes the former Odeon is in good hands. “The Everyman chain has taken over similar historic cinemas, such as the Muswell Hill Odeon, and helped to preserve them.”

Ever Ready house, designed by Richard Seifert and built in 1966, was originally the office block for Ever Ready battery company, but was taken over by Barnet Council in 1986.

An application by, Meadow Residential, to convert the block into 217 residential units with retail and commercial space was refused by Barnet Council in April this year.

St John’s United Reform Church in New Barnet is among the churches featured on the site. It was built in 1967 and designed by a member of the congregation, the architect John Finlayson. “An arrestingly angular design” is the description given by the architectural scholar, Nikolaus Pevsner.

St Andrew’s School, Totteridge, built in 1938, is also featured. The architects were Wallis, Gilbert and Partners and Mr Abbott says it is a “typically traditional-styled school by a partnership better known for their art deco factories”.

As an addition to his Modernism in Metro-Land website, Mr Abbott  has teamed up with Unbound publishing to crowdfund A Guide to Modernism in Metro-Land, which he hopes will become an essential guidebook to discovering the modernist treasures of London's suburbs https://unbound.com/books/a-guide-to-modernism-in-metro-land/

The guide will cover nine London boroughs, including Brent, and two counties, with a map for each area, colour photographs and descriptions of each building. One of the aims of the book is to show people the history of the neighbourhoods they live in and the stories behind the buildings they pass every day.