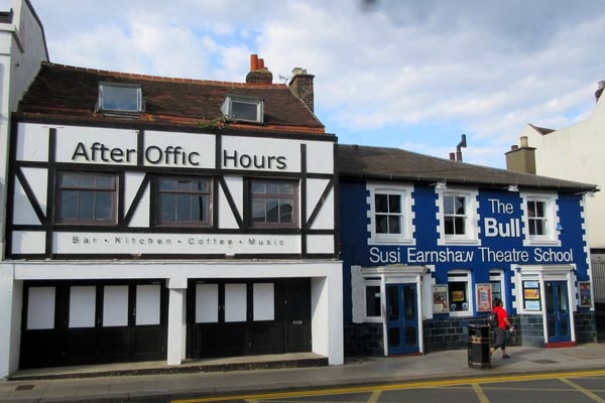 After Office Hours to be demolished stands next to The Bull
Two High Street premises will be extended to include flats if planning permission can be obtained from Barnet Council – and both applications have already sparked controversy.

If approval is obtained flats would be built above and at the rear of what was once Lloyds Bank, but is currently vacant after the previous tenant, Specs Direct, moved to new premises.

The former bank, at 85 High Street, is a locally listed building, within the town centre conservation area, and there is concern about possible changes to the frontage on to the High Street, which would include two new front doors and a smaller shop unit.

Robin Bishop, chair of the Barnet Society’s planning and environment committee, says the plans would have to be examined in great detail. “The former Lloyds is one of the neo-classical buildings that, along with the Old Courthouse, the Hyde Institute and our two former town halls bring class – in the best sense – to our town centre.”

I don’t know how we are going to keep operating...

Plans have also been submitted to demolish the empty After Office Hours bar, next to the Bull Theatre, and replace it with a new bar with seven self-contained flats on the upper floors. 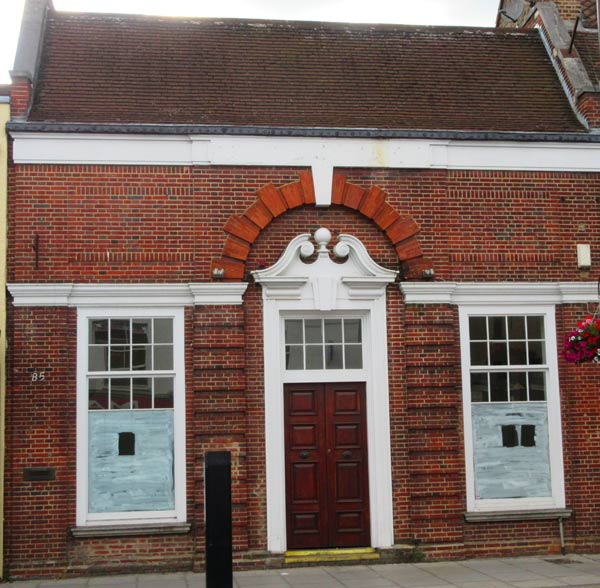 Susi Earnshaw, whose theatre school is based in the Bull, fears the demolition and construction work could cause “tremendous upheaval” for her teachers and pupils.

“I don’t know how we are going to keep operating through all the noise and mess that will be going on for at least a year.”

Ms Earnshaw says the After Office Hours building, at 70 High Street, should not have been allowed to deteriorate to the point that it needs to be demolished.

The Society shares her anxiety.  As Robin Bishop points out, a somewhat similar application last year caused so much local concern that it was withdrawn. “The latest scheme has been scaled down, which is welcome, but we will still need to scrutinise it closely.”

Both applications can be viewed on the Barnet Council website pages for planning applications or via the links below.

More in this category: « £7 million upgrade for the Spires Demolition could reveal medieval market »