Go ahead for 114 homes on Elmbank 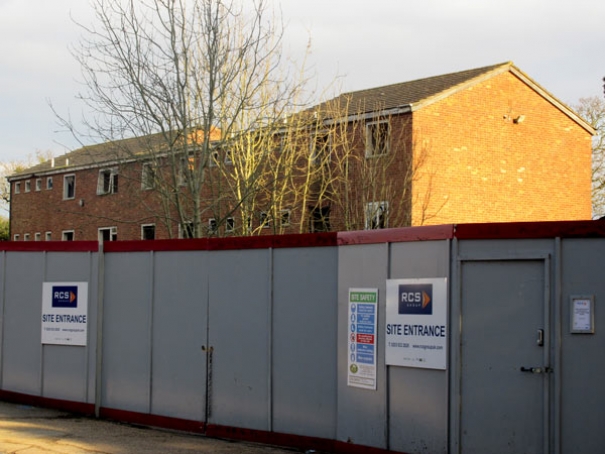 Embank development to go ahead
Planning approval has finally been given for the demolition of one of High Barnet’s worst eyesores, the derelict blocks of nurses’ homes opposite the Arkley public house.

After a protracted planning dispute, Linden Homes has gained permission from Barnet Council to build 114 homes, a mix of flats and houses, on the 3.9-acre site.

Local residents who campaigned unsuccessfully against both the density of the development and the construction of new flats, say their priority now is to try to ensure that the developers minimise traffic disruption and honour their undertakings to assess and then finance the introduction of a controlled parking zone in nearby roads.

Serena Rushton of SODA – Stop the Over Development of Arkley – said members of the group were “very disappointed” by the planning committee’s decision and annoyed that through a combination of disputes involving local councillors, the developers had won the day.

The whole planning process ended up being a tangle of local and national politics with the power vesting with the developers.

This application had been rejected by the local committee and has now been overturned by the area planning committee.

It was split five/five, but the chair had the casting vote in favour.

“In view of the decision to allow new flats to be built on Elmbank, we are even more determined to raise our concerns about the possible redevelopment of the adjoining farmland in Whalebones.”

Mrs Rushton said that one of SODA’s priorities would be to try to ensure that Linden Homes honours its undertaking to provide a contribution to the introduction of a controlled parking zone in the locality.

Residents are concerned at the impact of reduced bus services from the Arkley public house and the impact an increased volume of traffic will have on ambulances approaching Barnet Hospital.

SODA’s members remained convinced that approving only one access to the 114 homes from Barnet Road – via an approach road opposite the Arkley – was insufficient.