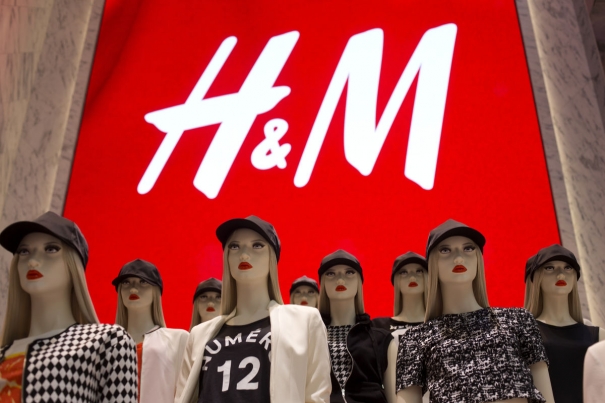 A two-storey H&M fashion store due to open in spring 2017
After mounting concern about the recent loss of leading retailers, High Barnet’s shopping centre has received a shot in the arm: H&M, the leading Swedish fashion chain, has finally signed up to take the lease of a brand new store in the Spires shopping centre.

Four existing retail outlets in the courtyard nearest the High Street are to be replaced with a new two-storey unit that should be ready for opening in the spring to early summer of next year.

Confirmation that H&M are coming to the Spires is a major boost for Hunter Real Estate Investment which manages the shopping mall on behalf a Canadian pension fund, Alberta Investment Management Corporation.

“The news that a major aspirational fashion chain like H&M are opening up in the Spires should send out a message of confidence to other leading retailers about the attractiveness of High Barnet as a shopping destination,” said a spokesman for Hunter Real Estate.

We are already in discussion with other potential clients, and with Waitrose and now together with H&M as another anchor store, the Spires is a much more attractive draw for shoppers.

Gail Laser, chair of Love Barnet, said she was thrilled with the news. “H&M is one of the most successful international brands offering baby wear up to adult fashion, and hopefully this will be a real draw for other multiples and independents thinking of opening up in High Barnet.”

The new 24,000 square foot H&M store will replace the four units that run from Clinton cards to the Card Factory. Contractors have already been appointed by Hunter Real Estate, and are due to start work at the end of August.

The new store is part of a £7 million upgrade for the Spires that also includes three new restaurants, new paving and courtyard seating areas.

Hunter Real Estate say they are already in discussion with future potential tenants for the new restaurants that are due to be constructed early next year and will be sited at the Waitrose end of the shopping centre.

Other future developments include the possible re-siting of Barnet Market to the paved area beside the Spires’ bandstand.

“We are looking at several possibilities regarding the future of both the market and the bandstand area. One idea is whether we could do more to encourage a farmers’ market.

“We are also in discussion with Legion car parking about the future operation of the Spires car park which currently closes at 8pm, but might open later once we have built the new restaurants.”