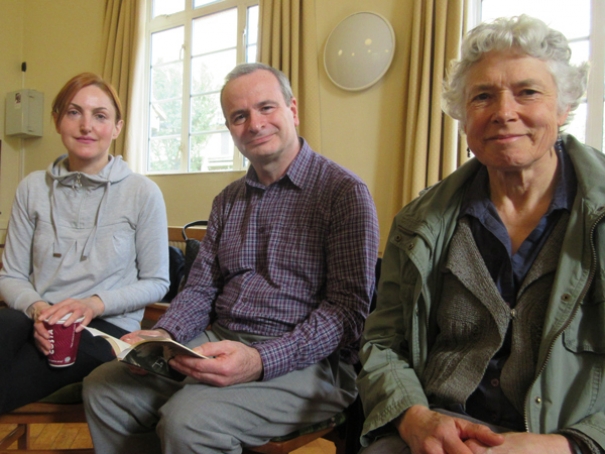 Michael King, a founder member of the Group, to his right is Anita Butler, and to his left Jane Strange
Celebrations surrounding the 400th anniversary of William Shakespeare’s death gave an added impetus to the monthly gathering of the Barnet Poetry Group when members spent an April Saturday afternoon discussing the playwright’s many soliloquies and speeches.

The group, established in 1990, grew out of an earlier poetry class organised by the Workers’ Educational Association.

Michael King, a founder member, and a WEA lecturer in English, said the members’ love of poetry had sustained the society over many years, and they organised ten discussion groups a year.

For the society’s newest member, Anita Butler, the event was an ideal moment to discuss her doctorate about Shakespeare’s exploration of emotions. 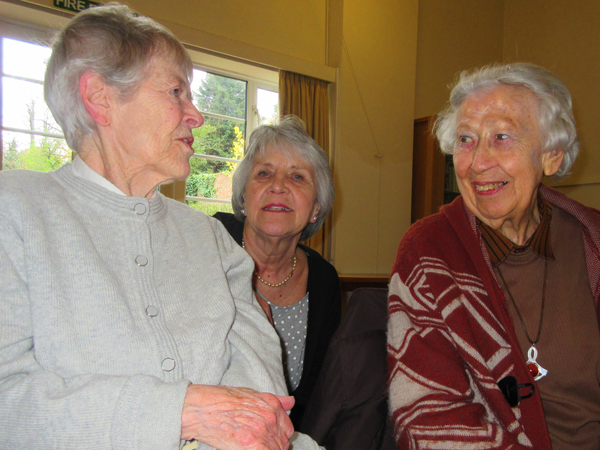 Her particular interest is in Shakespeare’s descriptions of blushing.

She says only seven of Shakespeare’s 39 plays fail to mention the word blush.

“The frequency of references to blushing is probably a reflection of the limited vocabulary of the day.

The word embarrassment wasn’t in use, so if someone was embarrassed they blushed.”

Carole Euesden, who organises the monthly meetings, has a mailing list of 35 members, and says there is almost always a good turnout for their Saturday afternoon discussions, held at the Friends Meeting House, in Leicester Road, New Barnet.

“My love of poetry was re-awakened when I did an A level in English at Barnet College after my children left home.

I learn something new every time we have a discussion group, and we thought it was so important to discuss Shakespeare’s soliloquies and speeches given the 400th anniversary.”